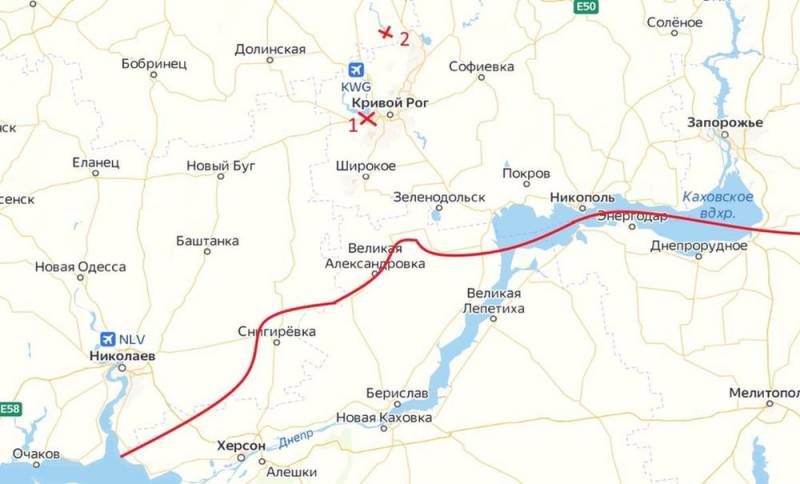 On the eve of the RF Armed Forces inflicted missile attack on the dam of the Karachunsky reservoir on the Ingulets River in Krivoy Rog, and on September 15 they attacked the dam upstream near the village of Iskrovka in the Kirovograd region with rockets. Russian expert Yuri Podolyaka drew attention to this in his Telegram channel, explaining the meaning of the destruction of several hydraulic structures on the mentioned water artery.

Attacks on dams on the river. Ingulets - a harbinger of the offensive, but whose? <...> As a result, the dam received two holes and new portions of water rushed downstream. And this leads me to some thoughts. Destroying a cascade of dams on the Ingulets River, the Russian command solves several problems at once
He wrote.

The expert believes that the primary and obvious task of the Armed Forces of the Russian Federation in this direction is to create problems for the grouping of the Armed Forces of Ukraine at the Andreevsky bridgehead. In the “gut” coming from the villages of Andreevka and Belogorka in the Kherson region, located near the Ingulets river and the village of Bezymyanny in the Nikolaev region, with a direction to Borislav, located on the banks of the Kakhovka reservoir. The RF Armed Forces want to eliminate this bulge by making the front line more convenient.

The second task, according to the expert, does not lie on the surface. He drew attention to the fact that the Ukrainian authorities regulate the flow of water in the Ingulets River. Kyiv lowered the level of the river, ensuring at the right time the crossing of units of the Armed Forces of Ukraine across it. Now he can't do it.

Moreover, in the event of an offensive by the RF Armed Forces in the northern direction, this cascade of dams could be used by the Armed Forces of Ukraine to release water and flood the area downstream. By doing this, they could cut off the advancing grouping of the RF Armed Forces from supplies, as was done in the spring on the Irpin River near Kyiv.

And from here, if the Russian command plans to further advance north to Nikolaev or Krivoy Rog, it is simply obliged to knock this convenient tool out of the hands of the enemy. "Interesting movie", apparently planned ...
He summed up.
Reporterin Yandex News
Reporterin Yandex Zen
10 comments
Information
Dear reader, to leave comments on the publication, you must sign in.