The dam in Krivoy Rog was destroyed for military reasons 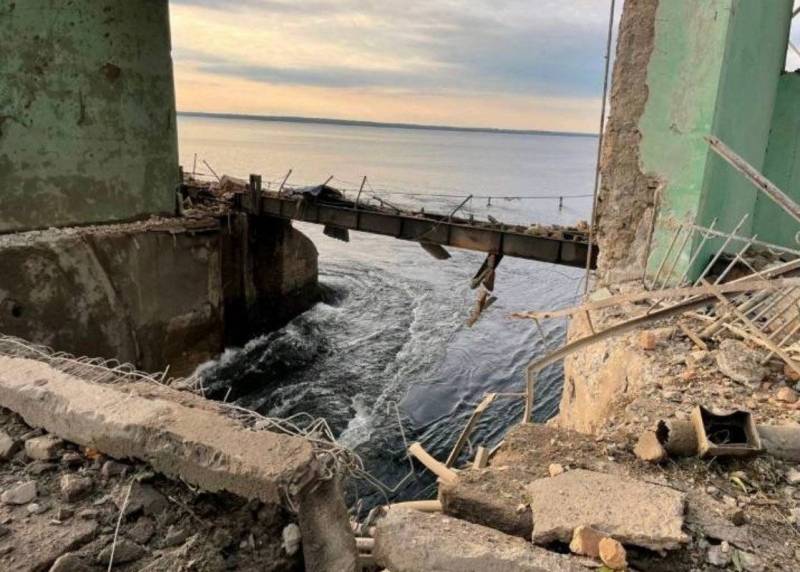 On September 14, as a result of a missile attack on the dam of the Karachunovsky reservoir on the Ingulets River in Krivoy Rog, the integrity of the hydraulic structure was violated. Stormy streams of water rushed downstream, flooding the area and demolishing dilapidated buildings.


Ukrainian information resources raised a heart-rending howl, accusing the RF Armed Forces of "inhumanity." They pretended to have completely forgotten how in the spring they admired the “geniuses” of the Armed Forces of Ukraine, which, during the retreat, blew up dams in the Kyiv, Kharkov, Donetsk and Luhansk regions, flooding cities and towns.


At the same time, a number of Ukrainian (Aleksey Arestovich) and Russian (Mikhail Khodarenok, Boris Rozhin and others) experts drew attention to the fact that a critical civilian infrastructure facility in Krivoy Rog was destroyed not just like that, but for military reasons. Some time ago, the Armed Forces of Ukraine launched a counteroffensive in the Kherson direction. They established crossings on the Ingulets River and carried out the transfer of troops and supplies through them. Now the incoming water began to demolish the pontoons, which complicated the situation of the Armed Forces of Ukraine in the area. At the same time, Russian experts did not rule out that the Ukrainian military themselves could accidentally hit the dam with a rocket.

It should be noted that after the incident with the dam of the Karachunovsky reservoir, Ukrainian information resources happily reported that the Armed Forces of Ukraine launched a missile attack on the gateway of the Kakhovskaya hydroelectric power station, and now the “big water” should wash away all the Russians, who were recorded by several hundred thousand residents of the Kherson region living along the river Dnieper. That's all there is to know about the "care" Ukrainian Nazis show for their compatriots.
Reporterin Yandex News
Reporterin Yandex Zen
12 comments
Information
Dear reader, to leave comments on the publication, you must sign in.