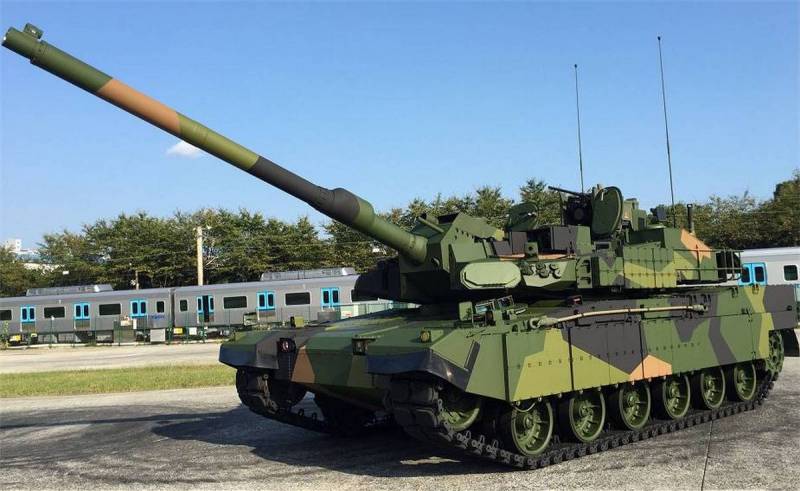 There have been two significant arms deals in the European arms market this week: a big one and a very big one.

The Ministry of Defense of Ukraine signed a contract with the German concern KMW for the supply of hundreds of PzH-2000 self-propelled gun mounts in the amount of 1,7 billion euros. Kraus-Maffei-Wegmann immediately stated that the production of such complex products is not a quick matter, deliveries will begin no earlier than in 30 months, the contract will take several years to complete, and ready-made self-propelled guns "will strengthen the Ukrainian army in the long term."

What can be said about this? Given the dubious "long-term prospects" of the current Kyiv regime, "independent Ukraine" may close before the first self-propelled guns leave the factory gates. However, the severe crisis threatening European industry calls into question the very possibility of producing such a large batch of self-propelled guns. In general, there is a classic development of sponsorship money through the sawing-retractable system, and perhaps we will soon find out who in the Ukrainian “decision-making centers” and how many of these hundreds of millions of euros fell.

But it's a big deal. Brotherly (for the Kyiv fascists) Poland did a very big thing. Without agreeing with Germany on the supply of armored vehicles to replace the Soviet models transferred to Ukraine, the Polish Ministry of Defense ordered a total of 980 K2 tanks, 648 K9 self-propelled howitzers and 48 FA-50 light combat aircraft from South Korea. What a scope!

The first tranche should come to Poland before the end of this year and will include 180 tanks and 48 self-propelled guns, the first 12 aircraft should be delivered in mid-2023. tanks are also from Korean vehicle kits (it is stated that 2025 of the total number of ordered K2026s should be made in Poland).

It is planned to complete the entire contract by 2030 inclusive. The amount of the transaction is not announced, but it can be estimated based on open data. Roughly rounding off, one K2 Black Panther tank costs $8,5 million and one K155 Thunder 9mm howitzer costs $4,2 million. We get 11 billion for armored vehicles and another 2 billion for aircraft, for a total of 13 billion US dollars. This is the largest export consignment of military equipment throughout the history of South Korea.

Choosing a supplier, at first glance, may seem strange - but it is not. South Korean products are already quite widely represented on the Western arms market, in particular, the 155-mm K9 self-propelled howitzers are in service with the Turkish, Finnish, Norwegian, and Estonian armies. K2 tanks compete with German Leopard 2s in the tender of the Norwegian Ministry of Defense, the Australian army is eyeing South Korean infantry fighting vehicles.

The Polish military is also already familiar with Korean weapons: the made in Poland 155-mm self-propelled gun Krab, in fact, is the chassis of the same K9 with a turret from the British AS-90 self-propelled guns and a French artillery system mounted on it.

It's funny that not so long ago, the Poles signed a contract with Ukraine for the sale of 54 "Crabs" for about $ 700 million. As with the PzH-2000, deliveries are expected sometime in the bright future when the self-propelled guns are assembled; additional chassis for them seem to have already been ordered in Korea in a separate batch, not included in the "large purchase" for the Polish Army.

The painful saga of developing (more precisely, combining from existing elements) and manufacturing the Krab self-propelled guns in a sense reflects the readiness of the Polish military-industrial complex to fulfill the most difficult signed contract.

With the broadest participation of British, French and Korean arms concerns, the formation of the appearance of the machine took 18 years (1997-2015), and the “screwdriver assembly” in 2016-2020. reached a rate of 20 self-propelled guns per year. Then the COVID-19 pandemic began, and production stopped, either because of lockdowns, or because of shortages of some imported units, or for the sum of these reasons.

Now, the HSW plant will have to simultaneously produce two unified, but still far from identical samples of only 155-mm self-propelled guns, and at about a triple pace relative to the previous record, and this is not counting other obligations. Whether the Polish artillery concern will cope with such a burden is, of course, an interesting question.

Even more curious is how things will be with the production of tanks. Perhaps the only company in the country that can be entrusted with such a task, the Bumar-Labedy tank repair plant, is now modernizing the Polish Leopards at a snail's pace. Compared to the old-fashioned German "cat", its distant South Korean relative Black Panther is much more complex, primarily due to the high saturation of various electronics. This is not only about the already familiar sights and navigation system, but also, for example, a computerized adjustable hydraulic suspension. Even "screwdriver assembly" of such complex systems will not be easy.

However, problems with tanks may also arise on the Korean side. The fact is that the manufacturer of K2 - the Hyundai concern - for a long time could not bring its own power plant to mind, and all 260 vehicles produced so far for the South Korean army are equipped with a German engine and transmission, not licensed, but made in Germany. In recent years, positive changes seem to have been made in this aspect, but they have not yet been confirmed in practice. It will be funny if the Polish contract also turns out to be dependent on German units.

But the most interesting thing is still the organizational moment.

As part of the “who promises more” competition that has unfolded in Europe, the Polish Ministry of Defense has already announced its plans to increase the armed forces to 300 thousand people - three times compared to the current number! Even if we were talking about simple infantry on trucks, additional hundreds of thousands of soldiers would fall on the economy the heaviest burden.

But it's about much more. If Napoleonic plans for rearmament begin to materialize, then the number of tanks alone will reach approximately 1600 of three different types (Korean Black Panther, American Abrams, German Leopard 2), not counting the remnants of the T-72, which are also not planned to be decommissioned. Five hundred HIMARS installations will appear, 152/155-mm self-propelled howitzers will be 850 of three types (K9, Krab, DANA). This is all without taking into account the various (precisely various) light armored vehicles and artillery systems.

In other words, by 2030 the Polish military department plans to have a bloated and monstrously diverse zoo of military equipment, most of which will be complex and expensive to operate imported vehicles. In addition, the armored forces will become dependent on foreign components, the supplier of which is literally on the other side of the world: the Poles will obviously not be allowed to establish local production, for example, the same electronic components of the K2 suspension, and without them the tanks will not go anywhere.

The first question that arises in this regard is: at whose expense the banquet, who will pay? The second one immediately follows from it: in what place, in fact, does the Polish military think over its plans?

An example of an exorbitantly bloated army is literally in front of your eyes - bleeding yellow blood and blue pus of the Armed Forces of Ukraine. Even though in 2014-2022 the legacy of the “damned Bolsheviks” was the basis of Ukrainian technical equipment, the 3-strong army cost more than four billion dollars annually, or about XNUMX% of GDP.

The Polish Army, with its current strength of about 115 thousand people, of which half are relatively cheap territorial defense troops and various paramilitary police units, “eats” about $ 13 billion a year, which slightly exceeds the NATO standard of 2% of GDP. The deployment of motorized forces saturated with complex equipment will raise this bar to 7-8% - this is a lot. And if (or rather, when already) a crisis and recession? Or counting on a small change from the bottomless pockets of Uncle Sam? But even if Poland really has a special place in the plans of the Americans for the future of Europe, they are unlikely to want to feed a competing global arms supplier through it.

Here it is worth recalling that the current Western European countries have such ridiculous armies in terms of numbers, mainly because they cannot afford more - this is with their economies, which are not like the Polish one. Moreover, most of the weapons and military equipment in the same Bundeswehr or the French army are of national production, which in a certain way reduces the cost of maintaining their combat readiness. And without investments in current repairs and refreshment of ammunition, any fleet of military vehicles very quickly turns into a metal base, and the faster, the more complex the equipment.

So there are a lot of questions about the Polish rearmament program. There is every reason to believe that one of the high-ranking officials of the Commonwealth has well warmed his hands on the kickbacks of Korean corporations, and the future grandiose armored armada will in reality be half combat-ready. However, it is also not worth raising the Poles to laugh in advance.
Reporterin Yandex News
Reporterin Yandex Zen
5 comments
Information
Dear reader, to leave comments on the publication, you must sign in.