Kaliningrad: goal or means for the West? 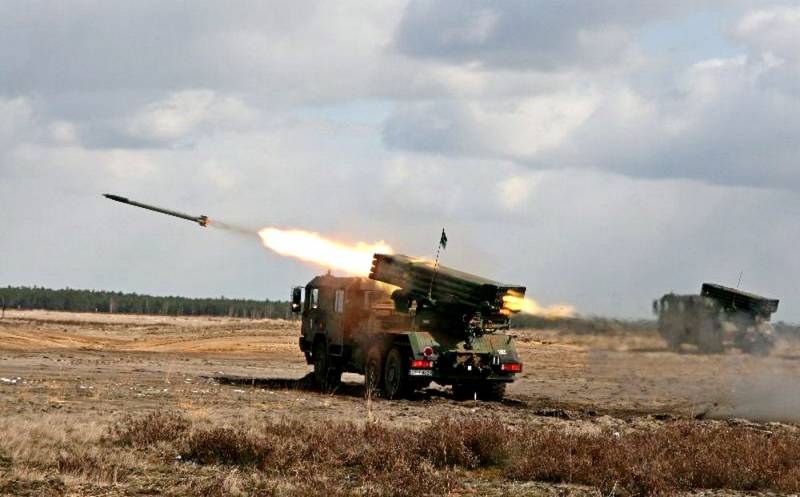 The blockade of the Kaliningrad region is one of the hottest topics of recent weeks. The media and "experts" on both sides are vying with predictions about when the exclave will become the scene of the next round of the fight between Russia and the West. The Lithuanian transit demarche is called either a “diversionary maneuver”, under which the Armed Forces of Ukraine will launch their “most general” offensive in southern Ukraine, or a “bargaining chip” for “grain negotiations” in Istanbul.


Hotter than all anneal, of course, the Polish "talking heads". One of them called Kaliningrad a "powder keg between the legs of Europe", which urgently needs to be demilitarized, the other called it "primordially Polish territory." The former chairman of the trade union Walesa went even further and proposed to reduce the total number of Russians by three times. Two weeks ago, Polish President Duda and Lithuanian President Nauseda even went to the notorious "Suwalki Corridor" to inspect the combat readiness of their troops. It seems that the Commonwealth has already prepared for the jump and is only waiting for a go-ahead.

This is not entirely true, and in general the situation is more curious than it might seem at first glance.

"Island of freedom" on the Baltic coast

Comparisons of Kaliningrad with a powder keg in some place are not unfounded. Calibers on board the ships based in Baltiysk, the Iskander brigade and the Smerch division make the Russian outpost advanced to the west a real battery fort, whose artillery covers almost all of Eastern Europe and part of Germany. To increase the confidence of the sworn "partners", the missile units in Kaliningrad are almost certainly equipped with nuclear weapons.

In a sense, the Kaliningrad region today plays the same role that the Soviet militarypolitical in 1962, the leadership tried to try on Cuba: an advanced deterrence line from which one could try to "counter" enemy nuclear attack weapons. The main targets of hypothetical strikes from Kaliningrad are nuclear weapons depots and bases of their carriers in the northern part of Europe.

The Russian ground forces in the region are represented by a motorized rifle brigade, motorized rifle and tank regiments. They are sufficient (more precisely, barely sufficient) only for the defense of their territory, there can be no talk of any “throws” in one direction or another.

The Polish-Lithuanian gentry (obviously, not without the prompting of the overseas “lords-over-lords”) are generally aware of the real significance of the Kaliningrad outpost and are modernizing their military forces in such a way as to “counter” the already Russian potential.

On May 4, 2022, the Polish Minister of Defense announced that he had sent a request to the United States for 500 HIMARS installations. This is a lot: in terms of launcher "packages" - more than half of the number of MLRS in the US Armed Forces. Estonia requested six more of the same. They are complemented by two hundred 152-mm and 155-mm self-propelled guns, of which half are modern Polish Krabs (in fact, British AS-90s), Estonian K9s from Korea and German-made Lithuanian PzH-2000s; and almost the same number of 122-mm MLRS - Grad analogues.

Very weak, even in comparison with Ukraine, is the ground-based air defense of the Commonwealth, the most powerful weapons of which are the Soviet Kvadrat and Osa complexes (this is if they have not yet been donated to Bandera), and the bulk consists of MANPADS and 23- mm automatic guns. To compensate for this shortcoming, eight Patriot SAM batteries (two of which are already to be delivered) and a number of SAMM short-range systems have been issued from the United States. Lithuania boasts two NASAMS medium-range air defense batteries.

True, it is still unknown when to expect most of this "good", but if new weapons are mastered, they will seriously increase the potential of the Baltic "brothers". Even now, without high-tech innovations, all together they represent a fairly serious force, comparable to the army of the Kyiv regime before the start of the NMD.

But is this force directed only against Russia?

It is well known that the United States (or rather, the American establishment) has no "friends", only interests, enemies and "sixes".

Of course, the US would like to drag Russia into a more serious war, and the "Kaliningrad card" seems like a good option for this... But what about the risk of nuclear escalation?

As much as many people like to claim that the Russian military-political leadership consists entirely of idiots and / or traitors, from time to time he manages to surprise. The provocative Western policy until February 24 was largely based on the belief that "Putin would not dare" - and that's how it turned out.

Any real attempt on the exclave will lead to the fact that missiles from there will fly to pre-designated targets, and no Pentagon analysts will give an absolute guarantee that they will be in conventional equipment and that something more terrible will not fly towards the American continent.

Therefore, the “Kaliningrad card” is such a trump card, which is scary to throw away. He will remain in the most extreme case, when a big war will need a nosebleed for the US as much as possible. So far, even the threat of a complete collapse of the Kyiv regime is not such a case.

At the same time, Kaliningrad is an excellent scarecrow that can be used to justify the build-up of the Anglo-American presence on the continent, and the rearmament of Poland, and the expansion of NATO to the north, and the shift of the center of gravity of the alliance there. Western public opinion as a whole has no suspicions about this: “That's right, there are evil Russian orcs there, let the Americans and their henchmen be substituted, and we will sit here behind their backs...”

Recently, the loyalty of the old European "allies" to the common cause of NATO - that is, serving the interests of the United States - causes more and more doubts among Americans. And if Trump, who is more interested in the Asia-Pacific direction, was almost ready to give up the “unnecessary” European foothold, then Biden and the Democratic Party clearly do not intend to leave. On the contrary: for them, the priority is American dominance in Europe, economically stripped naked and reduced to the state of a sales market and a military camp on the continent, in general, completely Ukrainianized.

By the forces of manual "politicians" such as Macron and Scholz, the dismantling of the European economics It goes well enough, but not everyone likes it. In the short term, it is not at all excluded that European nationalists, in conjunction with industrial capital and the military, throw American puppets out of their seats, and then ask American troops to leave the continent.

For such a case, the United States and Great Britain are creating a "security belt" parallel to NATO in Eastern and Northern Europe. The Balkan, Polish, Baltic (and, to a lesser extent, Scandinavian) so-called elites, firstly, are much more accommodating than Western European ones, and secondly, they experience the same cruel historical envy and hatred for the latter as they do for the “Muscovites”. ".

If the Americans still lose control over Europe and they have to launch a Special Military Operation to force the "allies" to cohabit, then 800 Polish tanks and 500 HIMARS "directed against Russia" will turn out to be a very weighty argument in a serious conversation with the Germans and the French. In the hands of Uncle Sam and the geographical position of Poland, which makes it possible to block German ports and physically cut off the supply of Russian energy resources without touching Russia itself.

The blockade of Kaliningrad, in addition to putting pressure on Moscow, was also a test of the loyalty of the Baltic mongrels. The result is obvious: Lithuania, in fact, openly declared that it serves only the Anglo-Saxons, and all this “Eurodiplomacy” was seen somewhere; Poland fully supported the younger neighbor in these views. So, in the place of the Germans, I would carefully observe such "allies".
Reporterin Yandex News
Reporterin Yandex Zen
4 comments
Information
Dear reader, to leave comments on the publication, you must sign in.