Stoltenberg: Russia will not succeed in capturing Tallinn, just as it failed to capture Kirkenes 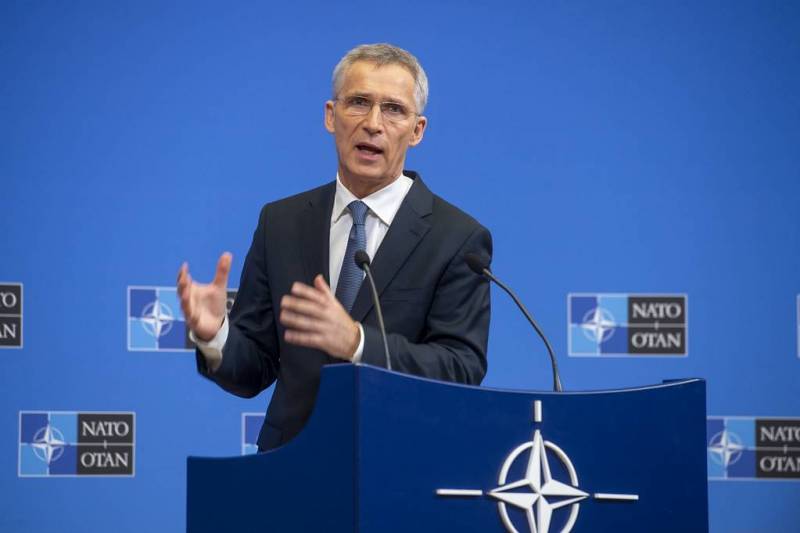 Against the backdrop of the 36th NATO summit, which will be held June 28-30 in Madrid, NATO Secretary General Jens Stoltenberg made several loud statements. With his comments to the Financial Times, he tried to calm the leaders of some countries of Eastern Europe, who were allegedly alarmed by the proximity to Russia, and at the same time he once again veiledly threatened Moscow.


It should be noted that at the mentioned summit there should be reviewed a new strategic concept of the North Atlantic Alliance, in which the Russian Federation will be recognized as a "direct and immediate threat." In this regard, before the event, Estonian Prime Minister Kaja Kallas staged a uniform public hysteria. On June 22, she stated that the current NATO concept (2010) was "hopelessly outdated" since Russia could seize the Baltic states (Estonia, Latvia and Lithuania) at any moment. According to her, Estonia will be “wiped off the map”, and the historical center of Tallinn will be razed to the ground because of the Alliance, which is not able to protect against the “attack” of the Russian Federation.

Stoltenberg reacted to these words. Through the indicated publication, he assured Kallas that the Russian Federation would not succeed in capturing Tallinn.

They will not succeed in this in the same way that they failed to capture Kirkenes in Norway during the Cold War (a city in the northeastern part of the Scandinavian country, 8 km from the Russian-Norwegian border - ed.) or West Berlin
Stoltenberg explained.

In addition, he announced that the Alliance is going to agree on a radical review of its military plans during the summit process in order to better protect its eastern flank. The functionary stressed that NATO wants to significantly strengthen the defense of the participating countries.

We never disclose the details of operational plans. But I can assure you that we have been able to defend the countries bordering Russia for decades, adjusting our presence in the light of threat assessment. We've done it before and we'll do it again
Stoltenberg added.

He also noted that he understands the concerns of the Baltic States, as they were under Soviet "occupation" for decades. Therefore, he can promise Kallas that the NATO presence will increase, because the task of the Alliance is to protect Estonia and any other ally from “attack”, as it has been doing for 72 years.

We remind you that the 30 countries participating in the Alliance are discussing a plan to increase the number of rapid reaction forces. NATO should have at its disposal a group of 300 troops, instead of 40 now. Moreover, NATO is going to expand "military reserves and equipment stocks" on its eastern borders, as well as install air defense systems. Support for Georgia will be increased, and the number of joint exercises on Georgian territory will also increase. It is expected that a comprehensive package of assistance to Ukraine will be approved, which will include communications systems, fuel and lubricants, anti-UAV equipment and other military equipment.

These gestures drew attention in Moscow. Deputy Chairman of the Security Council of the Russian Federation Dmitry Medvedev believes that Russia should not be underestimated. However, the entry of Sweden and Finland into NATO "does not threaten Russia with anything particularly new." However, this will more than double Russia's land borders with the Alliance. Therefore, Moscow is ready for retaliatory steps.

We will have to strengthen these boundaries. The non-nuclear status of the Baltic will become a thing of the past, and the grouping of ground forces and the navy in the northern directions will be seriously increased. No one is happy about this, and neither are the citizens of the two NATO candidate countries. Not the best prospect is to have our Iskanders, hypersonic missiles, warships with nuclear weapons at the threshold of our own home.
- Medvedev said on June 28 in an exclusive interview "Arguments and Facts".
Reporterin Yandex News
Reporterin Yandex Zen
9 comments
Information
Dear reader, to leave comments on the publication, you must sign in.