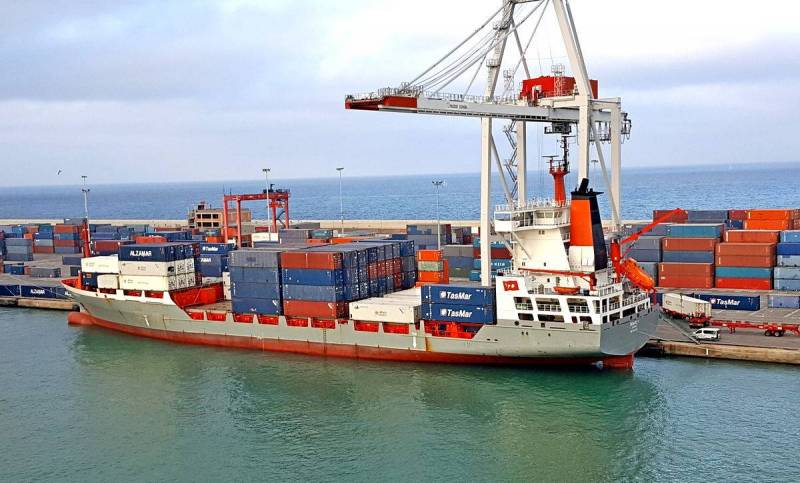 Unofficial economic The blockade, in which Lithuania took the Kaliningrad region, forces Russia to look for the most effective answers. The idea to bring in troops and forcefully break through the land transport corridor to the exclave through Suvalkia, alas, does not stand up to criticism. So far, we have no grounds for invading a country that is a member of the NATO bloc. Then what is left?


Why the creation of the Suwalki corridor with a swift throw from the territory of the allied Belarus is impossible today, wesorted out previously. Firstly, there is nothing trite, since almost all Russian ground forces are currently involved in the course of a special military operation in Ukraine. Secondly, there are no legal grounds, because Lithuania did not take Kaliningrad into a full-fledged blockade, but “only” complied with the sanctions imposed by senior comrades from the European Union. No one forbids us air and sea communication through neutral skies and waters, but this makes it a little easier.

Before the introduction of restrictions by Vilnius, about 50% of all cargo was delivered to the Russian exclave by rail and road, 40% by sea, and the remaining 10% by air. The ban now includes the transit through Lithuania of ferrous metal products, including steel, construction materials, jet fuel and fuel additives, goods for use in the aerospace industry, technological installations for gas liquefaction, dishes, cosmetics, perfumes, household appliances. equipment, sound recording equipment, musical instruments, cigars, truffles and their products, as well as thoroughbred horses. There are rumors that soon Vilnius may even cut off Russian gas supplies through its territory. It seems that our "Western partners" want the Europeanized inhabitants of the Kaliningrad region to slide into lack of culture, and then into the Stone Age.

One can only sympathize with our compatriots, as this is for a long time. There is no complete blockade of the exclave yet, but all the disadvantages of its territorial isolation will now manifest itself to the fullest. Since you don’t get much dung by air flying around half of the Baltic, only sea communication remains real. And here the shortage of ships, logistical nuances, as well as the inevitable increase in transportation tariffs will affect, which will inevitably lead to an increase in the cost of everything and everything in the Kaliningrad region. It cannot be said that the Russian leadership did not take into account such a scenario and did nothing, on the contrary.

Assuming the possibility of cutting off gas supplies through the Minsk-Vilnius-Kaunas-Kaliningrad gas pipeline, Gazprom acquired the Marshal Vasilevsky floating regasification unit (FSRU) specifically to provide Kaliningrad with blue fuel from an alternative source in the form of LNG. The capacity of the terminal, built in South Korea at the Hyundai Heavy Industries shipyard, supplies 2,7 billion cubic meters per year. In 2019, Gazprom leased the floating terminal to the Austrian OMV, since there was no urgent need for it, but on January 27, 2022, it returned it back to the exclave. Apparently, in the leadership of the state corporation, they guessed something that would happen soon.

We tried to resolve issues in advance with the expansion of the transport capabilities of the Kaliningrad region. Two age-old ferries "Ambal" and "Baltiysk" have long been operating on the line. In 2018, the Nevsky Shipyard (Nevsky Shipyard) received a contract for the construction of two modern LNG ferries, but transferred it to a subcontractor, the Turkish shipyard Kyzey Star Shipyard in Tuzla (Istanbul), which caused a storm of emotions at the time. Meanwhile, the first of the two vessels, the Marshal Rokossovsky CNF19M LNG car-railway ferry, arrived at the customer in January 2022 to operate on the Ust-Luga-Baltiysk line. The ferry is 200 meters long and can run on both LNG and low sulfur diesel fuel. The ice class allows it to work calmly on the Baltic Sea even in winter.

The second railway ferry of a similar project, General Chernyakhovsky, is to be handed over to the customer in the third quarter of 2022. The concept and technical documentation of the vessel in the construction of the CNF19M project were developed by the Marine Engineering Bureau. As you can see, the Turks managed the construction in just 4 years, remaining within the framework of a very modest budget by Russian standards. This is to the question of whether it is possible to order the construction of ships abroad and how many would be busy with such ferries in our country.

But back to the problems of the Russian exclave in the Baltic. Now its only real connection with the mainland will be sea communication. Everything will have to be transported by sea, and in one direction the ships will go heavily loaded, and back - almost always empty. This will inevitably lead to a significant increase in costs, and hence the cost of goods and services for the residents of the Kaliningrad region and its businesses. Undoubtedly, the collective West is counting on growing discontent among the population of this strategically important region. Now everyone is on a patriotic upsurge, but at marathon distances, fatigue and irritation will inevitably begin to accumulate. What to do?

It is necessary to strike back at Lithuania right now, if not by military means, then by economic means. Are they threatening to shut off the gas to Kaliningrad? Let's be the first to shut off gas to Lithuania by switching the exclave to LNG. If anything, then it will be possible to lay a layer along the bottom of the Baltic Sea, supplying an isolated area from Nord Stream 2. Let there be at least some benefit from this stillborn geopolitical project. Does Vilnius restrict the transit of Russian goods through its territory? We will close for Lithuania the export of any of its goods to the Russian market and, if the "Father" agrees, to the Belarusian market. Did the Baltic States want to disconnect from the single BRELL energy ring? Let's speed up the process by disconnecting the "three sisters" from our side.

The sooner the Europeans feel the brunt of the economic burden of the proxy war with Russia, the sooner this all has a chance to end.
Reporterin Yandex News
Reporterin Yandex Zen
29 comments
Information
Dear reader, to leave comments on the publication, you must sign in.