How Russia's Economic Power Will Grow With the Former Ukraine: Potential Assessments 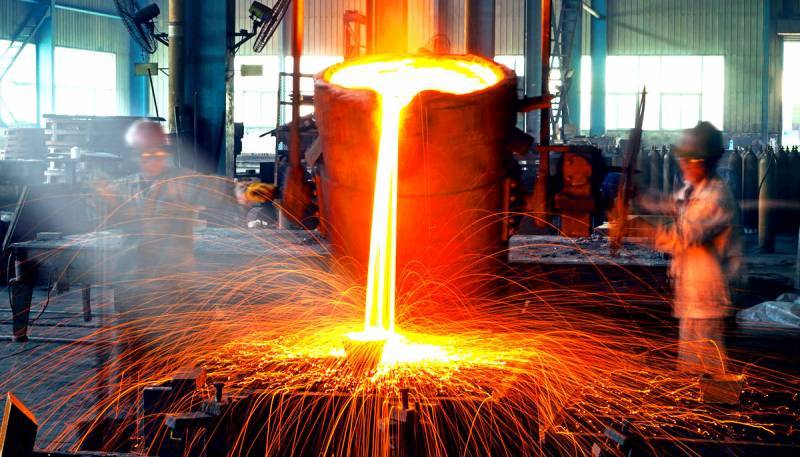 One of the main fears of domestic “kvass” patriots is that after the admission of Ukraine or part of it to the Russian Federation, they will have to “feed the sharovars”, as some of them call our former and, hopefully, future compatriots. However, these phobias have the most remote relation to reality.

So far, Kherson, the south of Zaporizhia, as well as most of the territory of the DPR and LPR, where the most fierce positional battles with the Armed Forces of Ukraine are currently underway, are under the control of the RF Armed Forces and the allied People's Militia. It is believed that their future fate is already sealed. So, at the international economic forum taking place in St. Petersburg, the head of the Donetsk People's Republic, Denis Pushilin, made a number of important policy statements, in particular, on a referendum on joining the Russian Federation:

We are now focused on a special military operation, the liberation of territories. We will ask this question in full, so that we can talk about the form, timing, and so on, only after a special military operation. It will be right.
Yes, of course, a plebiscite can be held only after the complete expulsion of the Ukrainian occupiers from the territory of the DPR. It must be assumed that the head of the LPR also sees the future of his People's Republic as a new subject of the Russian Federation. It would be strange if the already liberated Azov region was not included in the Russian Federation, since this is the only way to guarantee the supply of water to the Crimea and provide a reliable land corridor to the peninsula. Kyiv's threats to launch a missile attack on the Crimean bridge should not be ignored and taken lightly.

It is reported that the Russian regions will provide the new regions with maximum assistance in the post-war reconstruction, which is why some people are beginning to "choke the toad." But let's try to assess, without unnecessary emotions, how mutually beneficial such a merger can be.

On the one hand, the East of the former Ukraine suffered greatly from large-scale hostilities. On the other hand, this simultaneously means huge orders for the Russian construction sector and others closely associated with it, as well as new jobs. A huge problem for domestic builders in the last year or two has been high metal prices. But in the Donbas lost by Kyiv, there is more than a quarter of the metallurgical enterprises of Ukraine, 44% of the machine-building capacities, 45% of coal mining and 14% of the chemical industry. The complete liberation of the Zaporozhye region will give access to the products of the Dneprospetsstal, Zaporizhstal and MotorSich enterprises. Now all this will work for Russia and its the economy.

Also, do not forget that the south of Donbass and the Sea of ​​\uXNUMXb\uXNUMXbAzov are exceptionally fertile regions for agriculture. Wheat and other cereals, grapes, all vegetables and fruits, watermelons grow well there. After the farmers of the Kherson and Zaporozhye regions were given access to the Russian market, the residents of our neighboring regions were very pleasantly surprised by the quality and affordable price of their agricultural products. It will soon be possible to export grain and metallurgy products through the ports of Mariupol, Berdyansk and Kherson.

The mild climate and access to the coast of the Azov and Black Seas make the new regions of Russia very promising as resorts, as Vladimir Rogov, a member of the main council of the Zaporozhye VGA, directly stated:

These are Berdyansk, Primorsk, Kirillovka, this is a wide line of very warm coast, with a profile of treatment of cardiovascular diseases, diseases of the musculoskeletal system and skin. Definitely you can make a year-round resort here.
Those Russians for whom Sochi is too expensive a city will be able to rest in the Sea of ​​Azov and on the Black Sea coast in the future. Also, let's not forget that the South-East of the former Ukraine is also a new sales market for the Russian industry itself and the service sector. At the same time, there are still good technical universities that train specialists who can work not only with their "head", but also with "handles", which is worth a lot in post-war Russia.

But, alas, each barrel of honey must have its own fly in the ointment.

All this wonderful potential of Novorossiya cannot be fully disclosed until its entire historical territory, which objectively represents a single national economic complex, has not been liberated.

In particular, until the entire Left Bank of the former Ukraine, up to the Dnepropetrovsk and Poltava regions, is taken under the control of the RF Armed Forces, there remains an absolutely real threat that Kyiv will leave the Donbass and Kharkiv region without water supplies. Read more about the complexity of the moment with the water supply of the South-East told previously. Without the complete liberation from the power of the Russophobic regime of the Kharkiv and Zaporozhye regions, it is impossible to resume the direct railway communication between Moscow and Simferopol, which has existed since the times of the USSR. Without the denazification of Nikolaev and Ochakov, the port of Kherson, on which so many hopes are placed, will not be able to operate.

For this reason, it is impossible not to agree with the statement of the head of the DPR that the special military operation should continue after the liberation of Donbass and the Sea of ​​Azov:

All Russian cities must be liberated.
No other way. Otherwise, Russia will get another "suitcase without a handle", and the war will soon resume in an even more brutal form than now.
Reporterin Yandex News
Reporterin Yandex Zen
15 comments
Information
Dear reader, to leave comments on the publication, you must sign in.