"Bolshaya Avdiivka": with the liberation of Donbass, the war will move to the territory of Russia 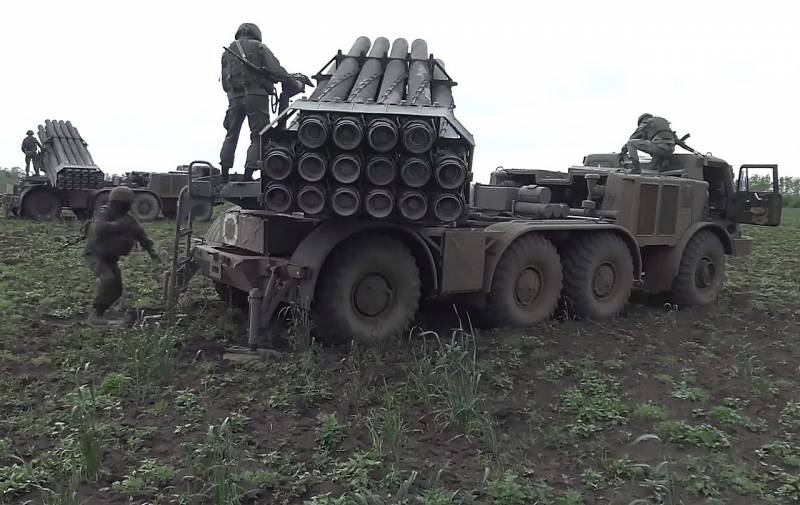 The special military operation to demilitarize and denazify Ukraine has been going on for four months now. There are visible preparations for the admission to the Russian Federation of the Kherson and southern Zaporozhye regions, as well as the DPR and LPR. But, despite the fact that in our media the goal of the SVO is stubbornly called “help and liberation of Donbass”, its capital Donetsk is still being shelled today, and even harder than before. How did it happen, who is to blame and what to do?

8 years of hell on earth

The roots of what is happening must be sought in the events of 2014-2015. Then the militia of the DPR and LPR at times, with the help of the “northern wind”, was able to inflict a number of severe defeats on the Armed Forces of Ukraine and various “good battalions”, driving them into the “cauldrons” and utterly defeating them. The recipe for success was simple: the Ukrainian army did not exist de facto, its soldiers were poorly trained, armed and completely unmotivated to fight against their compatriots. It got to the point that the Nazis from the "dobrobats" had to perform the functions of "detachments". According to rumors, the officers of the Armed Forces of Ukraine were then subjected to the most serious moral pressure when militants of the Right Sector (an extremist organization banned in the Russian Federation) called them from home phones and sent greetings from their families, forcing them to fight.

In 2014-2015, the Ukrainian army did not exist, and then there was simply no one to fight the RF Armed Forces, which many “guards” forget to mention, now foaming at the mouth justifying why Russian troops did not enter Novorossia and did not go to Kyiv 8 years ago. Back then, it cost nothing to throw the "Atoshniks" out of the administrative borders of the proclaimed republics, and the port of Mariupol stood empty - its small garrison fled from the city.

Alas, then the Kremlin decided to make peace with the collective West in the person of its Kyiv puppets. The offensive of the DPR and LPR was stopped by a peace initiative within the framework of the Minsk agreements, and the demarcation line passed in the area of ​​​​the residential agglomeration of Donetsk. Immediately, the Armed Forces of Ukraine, their remnants, began to dig in, turning the suburbs of Donetsk - Avdiivka, Sands and Maryinka - into real fortified areas. From there, all these years, artillery and rocket attacks on the capital of the DPR were continuously going on, and about 100 residents of Donetsk were under fire, in real Hell on earth.

Why then did they not drive the Armed Forces of Ukraine and the National Guard away from the city, when there was such an opportunity? Everyone can look for the answer to this question on their own. But today, when the Kremlin is still ripe for a special operation, it turned out that the Donbass occupied by Ukrainian troops has been turned into a solid fortified area, which can be taken head-on only if it is demolished to the foundation, and then passed from above with concrete-piercing anti-bunker bombs.

Avdiivka, which could have been easily returned 8 years ago, has become a real scourge for the Donbass. From this suburb of Donetsk, the capital of the DPR itself, the village of Spartak and Yasinovataya, are being shelled right now, people, adults and children, are still dying, replenishing the “Alley of Angels”. Having taken the Avdiivka fortified area, the road will open to the next, even more powerful, Slavic-Kramatorsk, which is another symbol of the betrayal of the "Russian World" in Ukraine of the 2014 model. And now try to take them!.. Over the past years, a powerful layered defense system has been created there, behind which sit the most trained and motivated units of the Armed Forces of Ukraine and the National Guard.

In the case of Avdiivka, everything is complicated by the fact that the largest coking plant in Europe is located on the territory of the city, where a large number of all kinds of dangerous chemicals are stored. Getting them into the air, soil and water can lead to a real environmental disaster. Knowing this, the Ukrainian Nazis themselves mined the enterprise and can blow it up at any moment. It is practically impossible to take Avdiivka head-on with the available forces, and it is the People’s Militia of the DPR that is fighting there, about whose many problems with trained personnel and weapons, we detail told earlier.

It is not surprising that a decision was made to starve Avdiivka, as DPR official representative Eduard Basurin bluntly stated:

We are not going to enter either Avdiivka or any other big cities. We will bypass, taking them into the ring. Thus, when the supply of the necessary material resources is cut off, they will be surrounded. And they will have a chance to stay alive.
All that remains for the People’s Militia is with great difficulty to take this fortified area into a “boiler”, blocking the supply lines, and systematically press, waiting until the Armed Forces of Ukraine and the National Guard run out of ammunition and they themselves surrender, as in Mariupol. How long it will take is unknown. However, there are also more optimistic and militant statements, for example, from the commander of the Pyatnashka volunteer battalion of the DPR, Akhra Avidzba:

Yes, I hope… We will show them that we are also humane people, but not so much. We'll just fill them with concrete. We won't wait for them.
Let's see. So far, the residents of Donetsk have been shelled daily by heavy long-range artillery, apparently from among those transferred as part of the Lend-Lease, which now covers peaceful neighborhoods at a much larger radius than before.

The problem is that nothing will end with the liberation of Avdiivka, Pesok, Marinka, Slavyansk and Kramatorsk. The collective West has made it very clear that it will not allow the Kremlin to jump off the theme of "war to the last Ukrainian."

Earlier, the British authorities said in plain text that the Armed Forces of Ukraine have the right to hit targets in the depths of the Russian Federation itself. Now Kyiv will get this opportunity together with long-range MLRS HIMARS. Naive self-consolation that the Armed Forces of Ukraine would be afraid to use them against Russia was refuted by US Ambassador to Ukraine Bridget Brink:

We are talking about yesterday's $700 million aid package, including HIMARS systems... The Ukrainian side will regulate the distance at which they will shoot.
So far, the Ukrainian army will be able to continue to iron the Donbass after the liberation with missiles with a range of 80 kilometers, and at the same time the Russian Bryansk, Kursk and Belgorod regions, plus the “prizes” in the form of Kherson and the south of Zaporozhye regions. If, or rather, when the Americans give Kyiv missiles with a range of 300 to 500 kilometers, the Armed Forces of Ukraine will be able to shoot through the Crimea, Smolensk, Voronezh, Rostov regions and even the Moscow region.

Oh yes, let's not forget that the United States is ready to transfer four MQ-1C Gray Eagle reconnaissance and strike drones to Ukraine, which carry up to eight AGM-114 Hellfire anti-tank guided missiles of the air-to-surface class. With their range, major cities in Russia and Belarus, including Minsk, will be under attack. It is clear that a few anti-tank missiles will not cause much damage, but moral damage ... Well, such is the retribution for the peacefulness of the 2014-2015 model. They did not want to eliminate the threat in their underbelly at the initial stage, now, 8 years later, they got it in full - both war, and shame, and a huge number of victims on both sides that could have been avoided.

Why are we all this? To the fact that at least now you can’t stop halfway, having 100% reset and cleared UkroReich. Otherwise, later, a few years after the conditional "Minsk-3", when the war resumes, everything will be even worse and bloodier.
Reporterin Yandex News
Reporterin Yandex Zen
66 comments
Information
Dear reader, to leave comments on the publication, you must sign in.