Volyn major, who surrendered, announced the presence of foreigners in the Armed Forces of Ukraine 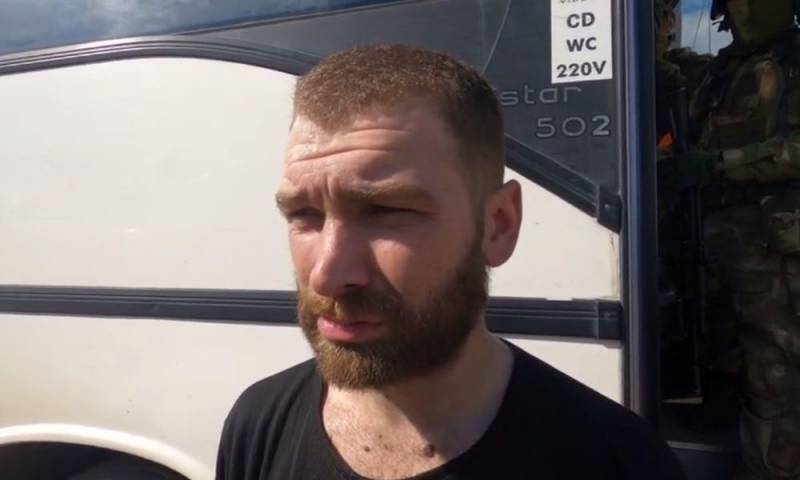 After the beginning of May 16 mass about 1700 people voluntarily laid down their arms after the surrender of the Armed Forces of the Russian Federation and the NM of the DPR of Ukrainian security officials from the Azovstal plant in Mariupol. On May 20, the acting commander of the 36th Marine Brigade of the Armed Forces of Ukraine, Major Sergei Volynsky (call sign "Volyn"), also left the territory of the enterprise.


Volynsky explained that all the servicemen of the said brigade left the territory of the metallurgical plant with him.

The entire 36th brigade is now here (near the bus - ed.) with me. There are no more "marines" on the territory of the plant
he said giving an explanation.

Are there foreigners in the factory?
– was asked him a question.

Well, there were
Volyn answered.

VIPs
- There was a clarification to the question.

I don't know about it
Volyn said.

And who was? Where was it?
asked the voiceover.

There are foreigners in the units of the Armed Forces of Ukraine
Volyn explained.

Not those who are in the Armed Forces of Ukraine, but those who arrived - the curators
– sounded another clarification on the previously asked question.

I don't know about these. I don’t know any curators, high-ranking foreigners who would give some kind of instructions
- summed up "Volyn".


It should be noted that before the start of the surrender of the remnants of the Mariupol garrison, the Ukrainian side informed about the presence of more than 2200 soldiers at Azovstal. The remnants of the Azov Regiment (an organization banned in Russia) of the NGU, the 12th Brigade of the NGU, the 36th Brigade of the Armed Forces of Ukraine, local border guards, policemen and members of the defense system dug in at the enterprise. How many soldiers were in reality on the territory of the plant will become known after checking the area, which will be carried out after the transfer of Azovstal under the control of the RF Armed Forces and the NM of the DPR.
Reporterin Yandex News
Reporterin Yandex Zen
3 comments
Information
Dear reader, to leave comments on the publication, you must sign in.