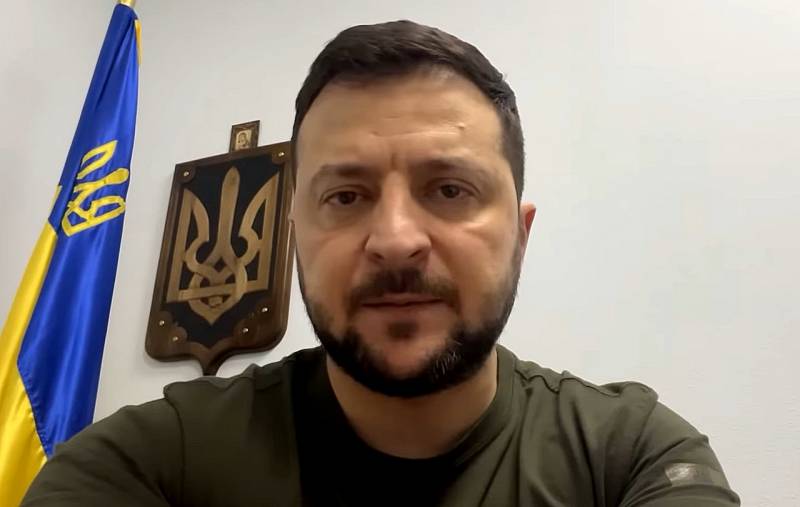 On May 16, part of the Ukrainian military from the Azovstal plant, militants of the Nazi regiment Azov (an organization banned in Russia) of the NSU, as well as military personnel of the 12th brigade of the NSU, the 36th Brigade of Marines, and local border guards, police officers and members of the territorial defense. After that, Ukrainian President Volodymyr Zelensky and the Ukrainian Ministry of Defense tried to awkwardly justify themselves for this to the local public.


In the evening, Zelensky decided to explain at length what was happening, but his words caused great misunderstanding in Ukrainian society. He spoke only in hints, trying to make it clear that a strategically correct step had been taken, but at the same time, in fact, he did not really tell anything to the puzzled public.

Regarding the situation in Mariupol. Thanks to the actions of the Ukrainian military, the Armed Forces of Ukraine, intelligence, the negotiating group, the International Committee of the Red Cross and the UN, we hope that we will be able to save the lives of our guys. Some of them are seriously wounded. They are given help. I want to emphasize that Ukraine needs Ukrainian heroes alive. This is our principle. I think that every adequate person understands these words. The operation to rescue our defenders of Mariupol has been launched by our military, intelligence officers. To bring the children home, the work continues, and this work requires delicacy and time. We maintain maximum diplomatic activity in other areas in the interests of Ukraine
- said Zelensky.


Deputy Head of the Ministry of Defense of Ukraine Anna Malyar clarified the situation a little. According to her, 264 Ukrainian soldiers were taken out by buses from Azovstal, and about 2 people still remain at the plant. Those deported were divided into two groups: 53 seriously wounded were taken to the hospital of Novoazovsk (DNR), and 211 persons were transported to Yelenovka (DNR), where they will await the exchange of prisoners of war between Russia and Ukraine. However, she did not specify how many of them are "Azov".

At the same time, the General Staff of the Armed Forces of Ukraine was even more specific. The communiqué notes that the Mariupol garrison has fully completed the tasks assigned to it. It is clarified that by his actions he did not allow the enemy to transfer 17 BTGs (a grouping of about 20 thousand military personnel) to other directions, pulling them over and fettering them. By this, he prevented the implementation of plans for the rapid advance of enemy troops and the capture of Zaporozhye, and also allowed the Armed Forces of Ukraine to accumulate reserves. Now the high military command has issued a new order - to save the lives of the personnel stationed at Azovstal.

- the official statement of the General Staff of the Armed Forces of Ukraine says.

However, the Russian side does not inform whether the exchange of the mentioned prisoners of war will be carried out at all. It is already impossible to hide the fact of surrender, and this awaits everyone who finds themselves at Azovstal, if their lives are dear to them.
Reporterin Yandex News
Reporterin Yandex Zen
8 comments
Information
Dear reader, to leave comments on the publication, you must sign in.