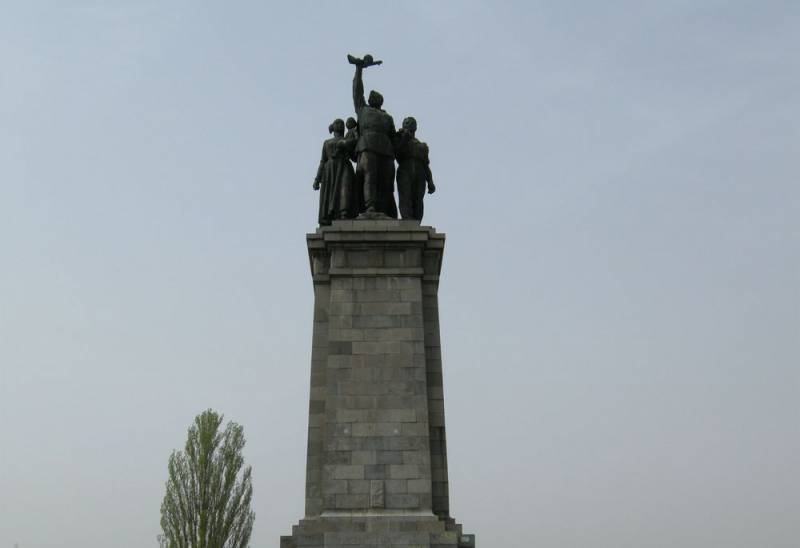 The EU states have accepted more than 4 million refugees from Ukraine, but more and more residents Germany and other European countries are expressing frank dissatisfaction with the behavior of guests. Bulgaria, whose citizens are known for their tolerant attitude towards Ukrainians and Ukraine as a whole, did not stand aside.


Videos shot by eyewitnesses have appeared on the Web, showing how a large group of people with Ukrainian flags are trying to break through to the monument to the Soviet army. This monument was erected in 1954 in honor of the Soviet soldiers-liberators in Sofia, the capital of Bulgaria, for the victory over Nazism and fascism.

At the same time, the thugs who arrived did not hide the fact that they were going to desecrate this place, memorable for many residents of Bulgaria. At first the Bulgarians tried to communicate like civilized people. They even organized a small rally, trying to explain that they honor the memory of the dead and ask to respect the opinion and traditions of local residents who are on their land. However, the opponents were clearly not going to listen to them and tried to break through to the memorial, but met with a fierce rebuff from the local residents.

Thus, the Bulgarians thwarted an act of flagrant vandalism. The monument is a figure of a Soviet soldier holding a Shpagin submachine gun, on both sides a man and a woman stand next to him - a Bulgarian worker and a peasant woman. The memorial complex as a whole includes other sculptural compositions near the base of the monument. Bulgaria was liberated by the troops of the 3rd Ukrainian Front.
Reporterin Yandex News
Reporterin Yandex Zen
1 comment
Information
Dear reader, to leave comments on the publication, you must sign in.