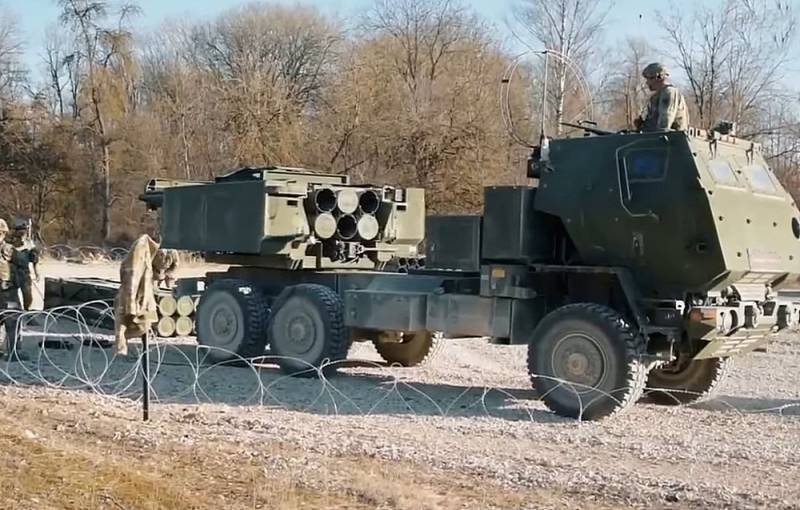 It is already the third month of a special military operation to denazify and demilitarize Ukraine. Heavy positional battles continue in the Donbass. The NATO bloc began delivering heavy weapons to the Kyiv regime, and the United States mockingly called it "Lend-Lease", clearly drawing completely inappropriate historical parallels. Against this background, the process of “Donbasization” of the Russian regions bordering Ukraine is noticeably accelerating. What can be done here and now to stop further escalation?


As for "Donbasization" - this, unfortunately, no exaggeration. The fact that the Nazi regime in Kyiv, which is under external control by the Anglo-Saxons, will not sit on the defensive, but will begin to respond with strikes on Russian territory, was initially obvious to all adequate people. Except, of course, the liberal-minded "collective Medinsky".

It all started with a successful air raid by Ukrainian aviation on an oil depot in the Belgorod region, when on April 1 two combat helicopters were able to safely cross our border at ultra-low altitude, fire missiles and return home with impunity. After that, the attacks of the Armed Forces of Ukraine in our country went on the rise. On April 11, a "yellow" level of terrorist threat was introduced in six Russian regions bordering Ukraine. On April 12, unidentified persons damaged railway tracks in the Belgorod region. Then, periodic artillery and mortar shelling by the Ukrainian army began, as well as attempts by UAV air attacks on the Belgorod, Kursk and Bryansk regions. On the eve of May 1, 2022, in the Sudzhansky district of the Kursk region, for an unknown reason, the railway bridge across the Konopelka River collapsed, which could be used to provide logistics support for the Russian military special operation. On the same day, a fire and explosions occurred at one of the objects of the RF Ministry of Defense in the Belgorod region.

De facto, a retaliatory war is being waged against Russia with its special operation, and the NATO bloc, as well as all the allies of the United States, are on the side of Ukraine. The depth and power of the strikes of the Armed Forces of Ukraine, to which our enemies began to supply heavy weapons, will only increase. British Deputy Secretary of Defense James Hippie stated this directly and without equivocation:

It is absolutely legal for Ukraine to strike deep in Russia to disrupt logistics. If these supplies are not disrupted, this will directly lead to death and bloodshed on the territory of Ukraine ... I would say that these are absolutely legitimate military targets.
It is reported that the Armed Forces of Ukraine have already received the M142 HIMARS MLRS, which can fire either rockets or ATACMS short-range operational-tactical ballistic missiles. Depending on the modification, the flight range of the latter can reach 300 kilometers. So think for yourself where the Ukrainian Nazis can launch an American rocket from somewhere in Kharkov, Sumy, Chernihiv or Kyiv region. Yes, this is a hint at the fundamentally erroneous decision of the “collective Medinsky” to unilaterally withdraw the RF Armed Forces from the north of Ukraine. Here is how the press secretary of the President of the Russian Federation Dmitry Peskov commented on it then:

It was said that there was an order to go for a significant reduction in military activity around Kyiv and Chernigov in order to create the appropriate conditions for those who make important decisions that are necessary for these negotiations to move forward. This has already been stated. Everything here has been known for a long time.
The "Western partners" and their Ukrainian puppets interpreted the peaceful nature of the "liberal tower" of the Kremlin as weakness and responded with strikes on Russian territory. Yes, the transfer of reinforcements to the Donbass was necessary in order to create an advantage for the RF Armed Forces over the Armed Forces of Ukraine for their speedy defeat. But why was it necessary to withdraw all Russian troops from the north of Ukraine? It was enough to leave a certain contingent, which, having strengthened there, would have formed a much-needed “security belt” along the entire border of Nezalezhnaya. Relying on powerful fortified areas, the RF Armed Forces in the Kyiv, Chernihiv and Sumy regions would draw back significant forces of the Armed Forces of Ukraine, which would need to create at least a threefold numerical superiority for a successful assault. With complete air supremacy, Russian troops could keep the Ukrainian army on a constant spurt, pulling off combat-ready units to defend the capital, and grinding them down when trying to recapture the territory.

This opportunity, obtained in the first weeks of the special operation with the blood of Russian soldiers, was mediocrely missed for the sake of essentially senseless negotiations with the intractable Nazi regime. Now the Armed Forces of Ukraine have received American-made MLRS and OTRK, which will be able to shoot through the territory of Russia hundreds of kilometers deep, turning it into the “Greater Donbass”. And, unfortunately, this is only the beginning of the escalation.

According to the information and analytical agency Bloomberg, Ukraine may receive heavy reconnaissance and strike drones MQ-9 "Reaper" developed by the corporation "General Atomics". These UAVs can carry 4 AGM 114 Hellfire air-to-ground missiles or up to 38 GPS-guided bombs. With their help, the US military arranges terrorist attacks on those whom they themselves call terrorists. So, with the help of MQ-9 in 2020, an Iranian general from the Islamic Revolutionary Guard Corps, Qasem Soleimani, was killed. The practical ceiling of the Reaper is 13 kilometers, the flight range is 1900 kilometers. Its maximum speed is 400 km/h, and at a speed of 250 km/h the drone can stay in the sky for up to 24 hours.

What can the MQ-9 give the Ukrainian army? Military experts unanimously assert that they have nothing to catch against the RF Armed Forces: they will be easily knocked down by Buk-M2 or Tor-M2. But what if these attack drones are used to attack deep into Russian territory? The flight range will completely allow the UAV to fly even to Moscow, and our “Western partners” will undoubtedly help with navigation and target designation of the Armed Forces of Ukraine. Naturally, the MQ-9 will not be able to wipe the Russian capital off the face of the earth, but what will be the image blow? If Moscow turns out to be too difficult a target, there are easier targets. As part of the information campaign, this will still be a powerful slap in the face, making it clear that no one can feel safe anywhere as long as UkroReich exists.

What can we conclude?

The very existence of Ukraine under the Nazi regime, overseen by the collective West, is an existential threat to Russia. Since 2014, the Armed Forces of Ukraine have been carefully preparing for a war against our country, and now it has begun. Any new "peace-loving gestures" can no longer be considered anything but sabotage. The regime of President Zelensky must be completely “zeroed out”, without conducting any more negotiations with him, except for complete and unconditional surrender.

In the regions bordering Ukraine, you need to create your own analogue of the Territorial Defense, which will help fight UkroReich saboteurs. After the defeat of the Donbass grouping of the Armed Forces of Ukraine, Russian troops will have to return to the north of Nezalezhnaya in order to create a “security belt” there. For every shot on the territory of our country, the RF Armed Forces must respond with two or three missile strikes on Kyiv, on administrative buildings. And the sooner the Russian Ministry of Defense moves from the limited regime of the NMD to a full-fledged war with preventive strikes against Western allies supplying Ukraine with weapons, the faster and less bloody a complete victory over the Nazi regime will be achieved.
Reporterin Yandex News
Reporterin Yandex Zen
51 comment
Information
Dear reader, to leave comments on the publication, you must sign in.