New flagship: which ship will replace the Moscow on the Black Sea 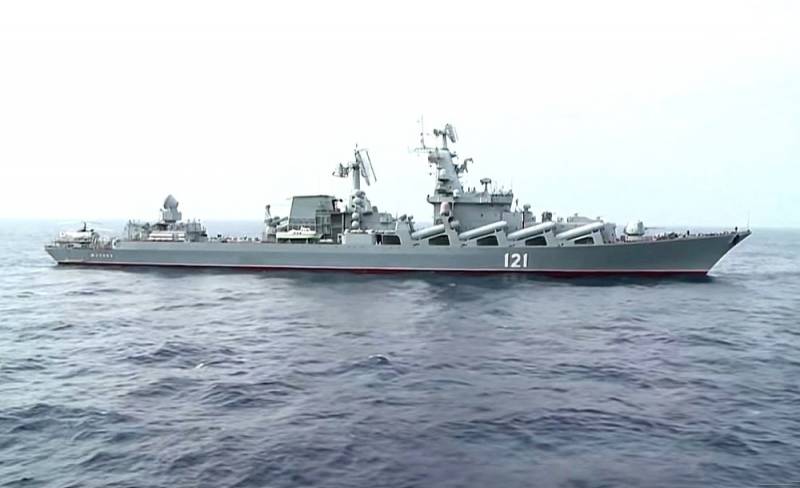 The mysterious sinking of the missile cruiser Moskva has become one of the darkest milestones in the history of the Russian Navy. Under currently unknown circumstances, a fire and detonation of ammunition occurred on the flagship of the Black Sea Fleet, located near the coast of the Odessa region of Ukraine, after which the guards cruiser sank while trying to tow it to Sevastopol. There are fierce disputes about what he did there and whether his striking power was not excessive for a naval blockade of Odessa. Another important question is what kind of ship will be able to replace it as a flagship.

The threat of amphibious assault near Odessa from the first days of the special military operation was a factor holding back a significant military grouping of the Armed Forces of Ukraine in this region. It is not known whether the landing was actually planned at the General Staff of the RF Armed Forces or whether the stake was only on its imitation. But now it is already clear that without the flagship of the Black Sea Fleet and the Saratov large landing craft, lost in the first month and a half of the NMD, this naval operation is unlikely to take place.

The big questions are what exactly Moskva did alone in the northwestern part of the Black Sea. Its main armament is Vulkan anti-ship missiles with a range of up to 1000 kilometers, designed to destroy the largest enemy ships, up to US Navy aircraft carriers. Against the last ships of the Ukrainian Navy that remained afloat, this power looks frankly excessive. For attacks on ground targets, the cruiser was not equipped with Caliber cruise missiles, which performed very well during the special operation. For the blockade of Odessa, the frigate of project 11356R "Admiral Essen" would be enough. To carry out anti-aircraft cover for the Russian landing, if it did take place? Perhaps, but the reality of the landing operation by the forces available to the Russian Navy under the conditions of active opposition to the Armed Forces of Ukraine raised certain doubts.

Then why did he have to be near Odessa?

It is possible that the matter directly concerns the country "P", on the possible role of which in the tragedy that occurred, we subtly hinted previously. After the defeat of the Ukrainian airfield network, the remaining fighters of the Independent Air Force moved to neighboring Romania. A month ago, the official representative of the Russian military department, Major General Igor Konashenkov, spoke about this:

At the same time, we know for certain about Ukrainian combat aircraft that had previously flown to Romania and other border countries. Please note that the use of the airfield network of these countries for basing Ukrainian military aviation with subsequent use against the Russian armed forces can be regarded as the involvement of these states in an armed conflict.
The appearance near Odessa of “Moskva” could well be connected with an attempt to track the flights of Ukrainian aircraft from the territory of Romania with its radars. In this regard, the information about the appearance in Odessa of specialists from a certain Romanian PMC looks extremely ominous, under which the NATO military could mimic in order to "target" the Russian cruiser.

We don’t know what actually happened there, but if the military personnel of the NATO bloc are directly involved in the death of the flagship of the Black Sea Fleet of the Russian Federation, this is quite a casus belli. For this reason, one should not be surprised that the RF Ministry of Defense is in no hurry to assess what happened, sending a special commission to Sevastopol to study this tragedy in detail. A lot will depend on the results of her investigation.

Even more interesting is the question of which ship will become the new flagship of the Black Sea Fleet of the Russian Federation. In an article published yesterday, we reasoned on the possibility of using large aircraft carriers in the Black Sea. It was suggested that if paired with "Moscow", for example, TAVKR "Admiral Kuznetsov" with several dozen carrier-based fighters and AWACS helicopters, backed up by 1-2 frigates, things could have turned out completely differently. Naturally, our "couch admirals" were terribly excited and indignant, deciding that aircraft carriers had nothing to do in the "Black Sea puddle". Well, there is probably a certain reason for this, but, apparently, real Russian admirals are completely stupid.

The irony lies in the fact that after the "Moskva" the next flagship of the Black Sea Fleet should be the universal landing ship of project 23900 "Mitrofan Moskalenko". Now he and his colleague under the Ivan Rogov project, which will go to the Pacific Fleet, are being built in Kerch. The total displacement of the first Russian UDC reaches 40 tons, it will be able to carry up to 000 Ka-16, Ka-27, Ka-29, Ka-31K helicopters and up to 52 UAVs. If the domestic military-industrial complex masters the creation of an aircraft with a short takeoff and vertical landing, then both helicopter carriers will turn into light aircraft carriers. In Sevastopol last year, work began on the creation of coastal infrastructure for servicing Mitrofan Moskalenko. Perhaps, if a helicopter carrier equipped with several Ka-4 AWACS helicopters and Ka-31K attack helicopters, as well as a couple of frigates, were next to Moscow, everything would have turned out differently. True, the plans of the Ministry of Defense of the Russian Federation to replace the cruiser with the UDC as the flagship on the "Black Sea puddle" in fact completely contradict the thoughtful judgments and conclusions of our "sofa admirals", but who cares?

Meanwhile, the Mitrofan Moskalenko should enter the Black Sea Fleet at the turn of 2027-2029. For the transitional period, the frigate of Project 11356R Admiral Essen, for example, can become the flagship. Perhaps, in the future, before the commissioning of the UDC, it will be replaced by one of the new frigates of project 22350 or even 22350M, which will be launched in the coming years.
Reporterin Yandex News
Reporterin Yandex Zen
20 comments
Information
Dear reader, to leave comments on the publication, you must sign in.