Checkmate in three moves: How to win over Ukraine 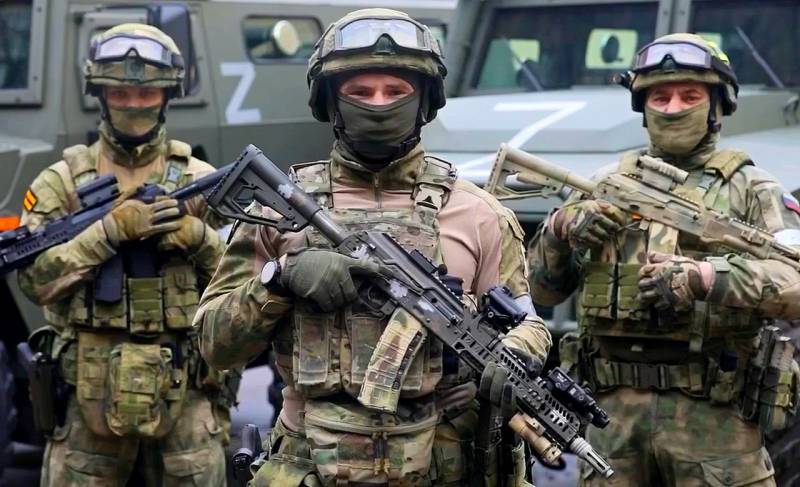 A special military operation to denazify and demilitarize Ukraine began on February 24, 2022. Judging by a number of external signs, a number of significant adjustments had to be made to its original strategy. President Vladimir Putin said the day before that the NWO will continue as long as it takes to fulfill its goals. But in Kyiv and in the West they are ready to wage war against Russia right up to 2035. So how long can this special operation really last and how exactly should it end?


Having withdrawn troops from Northern Ukraine, the Russian Defense Ministry transferred them to Eastern Ukraine, where the “Great Battle” between the RF Armed Forces and the Armed Forces of Ukraine with the National Guard, which have become the personification of neo-Nazism, is to begin in the coming days. After that, a long-awaited turning point should occur in the course of the campaign. If the Ukrainian army is utterly defeated, Kyiv will lose its most combat-ready units, which NATO instructors trained for 8 years to take the DPR and LPR in a few days. But will the hostilities and armed resistance of the supporters of the Kiev regime end there?

Alas, most likely not. The West will continue pumping Ukraine with heavy weapons, forcing it to fight to the last Ukrainian that Kyiv can catch and put under arms. It is also completely incomprehensible how exactly denazification should take place in the regions liberated by Russian troops, which the Kremlin does not claim. For the full-fledged occupation of huge hostile territories, the RF Ministry of Defense simply does not have enough of its own forces. So how can we complete this campaign in our favor and actually accomplish the tasks set for the NWO?

In fact, the victory of Russia will have not only military, but also socialeconomic component. From a purely military point of view, three tasks will need to be accomplished. The first, the most difficult and bloody, involves the defeat of the Donbass grouping of the Armed Forces of Ukraine. It won't be easy, but it will have to be done. After that, Kyiv will be left without its "army of the Wreath", which will definitely not come to its aid. Having occupied the Left Bank, at the second stage of the RF Armed Forces, it will be necessary to transfer a significant contingent for the blockade and subsequent capture of Nikolaev and Odessa, completely cutting off Central Ukraine from the sea. A powerful security belt should also be created in northern Ukraine, about which we they said previously. The border regions of Russia must be fully protected from any provocations from the remnants of the Armed Forces of Ukraine and the National Guard. At the third stage, it will be necessary to interrupt the supply of Kyiv and the territories remaining under its control by the NATO bloc through Western Ukraine.

In fact, this is almost the end of the military part. It is not necessary to take Kyiv by throwing the corpses of Russian soldiers. The socio-economic factor will do the rest. Even now, Ukraine's budget revenues have halved, while expenditures have exceeded them. 30% of enterprises have completely stopped, another 45% are working in a limited mode. The able-bodied population of military age fled the country. Due to the blockade of Mariupol and Odessa, exports are almost completely blocked. People are losing their jobs en masse, there are a lot of automatic weapons in the hands of the population. The country is in debt to Western creditors like in silks. Lack of fuel - it is not possible to carry out a full-fledged sowing campaign. "Help" from the outside is only targeted - to the war with Russia.

And this is the result of only one and a half months of CBO. What will happen, say, by the fall of 2022, when the heating season starts?

By taking the southeast from Kyiv, creating a security belt from the north and cutting off arms supplies from Western Ukraine, it is possible to disintegrate what remains of it without active hostilities. There will no longer be anyone and there will be no need to fight centrally against the Armed Forces of the Russian Federation. You can’t win much on patriotism and enthusiasm against the regular army: for this you need money, a lot of money, technique, spare parts for it, fuel and lubricants, ammunition, communications, medicines, food, experienced motivated officers, military personnel, etc.

Thus, we can conclude that the collapse of the neo-Nazi regime in Kyiv lies in the southeast of the country, in Novorossia, and in the cutoff of Western Ukraine from Central. Those who will run in the former Ukrainian capital at that time will only have to capitulate until they are torn to pieces by their own compatriots. The question is, what's next?

The question is far from idle. All one and a half months after the start of the special operation, our authorities stubbornly insist that there will be no occupation of Ukraine, only denazification and demilitarization. On the whole, it is clear with demilitarization: it is enough to knock out the entire military infrastructure of the Armed Forces of Ukraine, their most combat-ready units and destroy defense enterprises. But how to cut off the supply of arms from the countries of the NATO bloc, if not to occupy Western Ukraine, or at least create another security belt in it? No way. This task is unrealizable without the real taking of this territory under its direct control.

The task of denazification of Ukraine is just as unrealizable. If you listen to popular video bloggers covering the NWO, it becomes clear that attempts to change the system of primary and school education, even in the already liberated territories, are met with fierce resistance from local directors and teachers. And this is in the Kherson and Zaporozhye regions! And what will happen where the foot of the Russian soldier does not set foot? Obviously, there will be a rapid nazification. Left without work, housing, and even relatives and friends as a result of the SVO, many people will simply become even more embittered at Russia and easily accept the ideas of Nazism, desiring revenge. Such a result of the special operation will be the exact opposite of its original goals, but this may well happen if everything is left to chance. And what can be done to avoid it?

There is only one recipe here: it is impossible to outsource the process of denazification and demilitarization of Ukraine to the Ukrainians themselves. In the current situation, a better solution than the annexation of historical Novorossiya to Russia is no longer visible. Only by officially accepting the liberated territories as part of the Russian Federation, we will be able to restore them with a clear conscience and restore order in the field of education, upbringing and culture, having denazified them. If this is part of our country, from Kharkov to Odessa, domestic law enforcement agencies will be able to ensure security and law and order there without military occupation.

The fate of Central Ukraine, historical Little Russia may be different. Taking it into a blockade, Moscow will soon be able to achieve the surrender of Kyiv without storming it. Occupation is indispensable here: it will be necessary to disarm the irreconcilable and numerous bandit formations, to restore order with a tough hand. Little Russia has a chance to preserve its statehood as the legal successor of Ukraine, but only by recognizing Crimea and Novorossia as a legal part of the Russian Federation. After that, it can be demilitarized, becoming the official guarantor of security, and forcibly denazified, being accepted into the Union State of Russia and Belarus.

Probably, this will be the best option for the reconstruction of Ukraine. If this is done, then there will definitely be no war until 2035.
Reporterin Yandex News
Reporterin Yandex Zen
39 comments
Information
Dear reader, to leave comments on the publication, you must sign in.