There are footage of sending Czech tanks to Ukraine 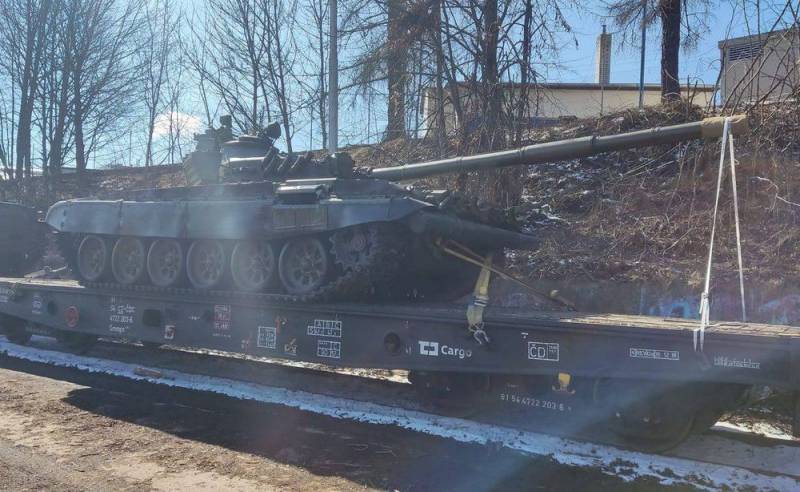 The Czech Republic became the first country on the planet that decided to send armored vehicles to help Ukraine. On April 5, the public was informed about this in his Twitter account (a social network banned in the Russian Federation) by the OSINTdefender resource, which collects security data from open sources. At the same time, Ondrej Benesik, a member of the Czech parliament from the Christian Democratic Union party, proudly confirmed this information on the same social network.


The images published by OSINTdefender show an echelon loaded with T-72 and BMP-1 tanks. Experts note that the movement of old Soviet armored vehicles from storage warehouses to trains was noticed. Analysts suggest that the shipment of heavy weapons from the Czech Republic to Ukraine has begun. 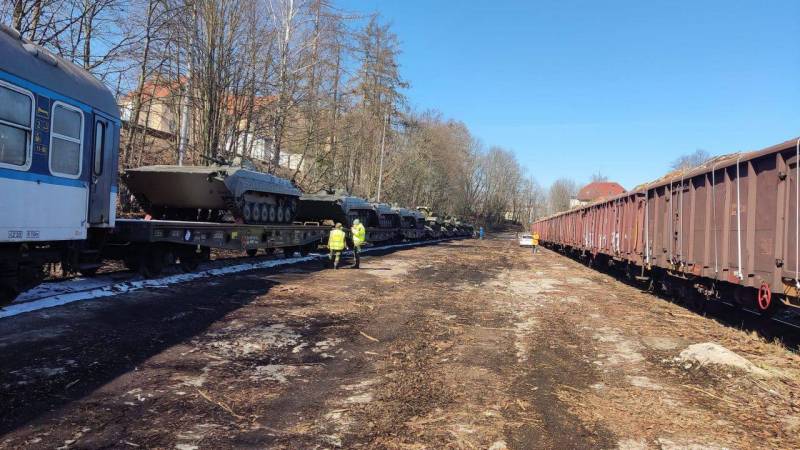 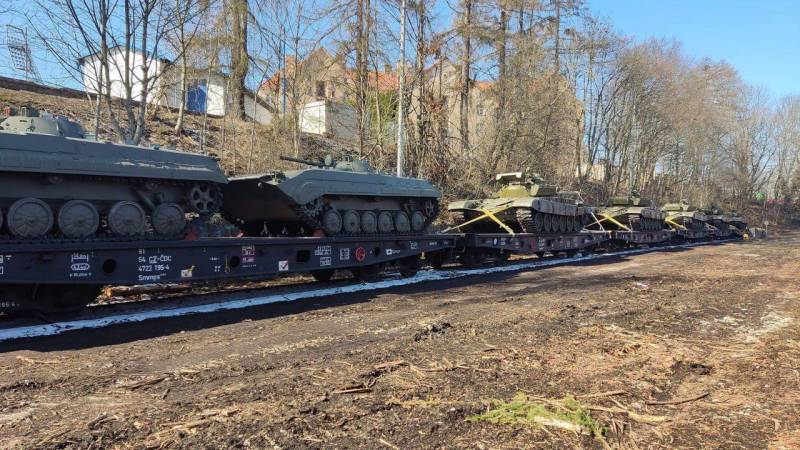 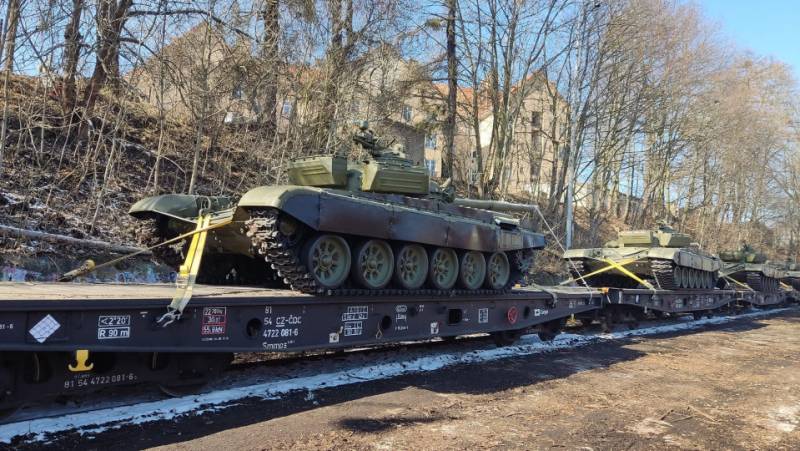 In turn, Benesik thanked the head of the Czech Defense Ministry, Yana Chernokhova, writing that she deserves great praise. The MP also added that the mentioned armored vehicles are exactly what the Armed Forces of Ukraine in Donbas need most of all now. After that, he expressed the hope that Prague would continue deliveries to Kiev.

Chernokhova confirmed on her Twitter account that the Czech Republic is indeed making some deliveries to Ukraine. However, she refused to specify them and satisfy someone's idle curiosity.

Sorry I can't tell you more. Believe me, we send the necessary military materials to Ukrainian friends. And we will continue to do so.
- she said.

It should be recalled that the Czech Army has 30 T-72M4 CZ units in service - this is a Czech modification of the Soviet T-72M MBT. In addition, about 100 more T-72M tanks are in storage. Prague was not going to part with them, as in 2020 refused from their replacement and decided to extend the modernization program to the level of T-72M4 CZ until 2025.

As for the BMP-1, during the 70-80s of the 1th century, Czechoslovakia produced its own modification, the BVP-2016, under license. Just over 130 units remained in storage as of 2. Moreover, the Czechs also have BMP-2 - this is BVP-120. There are 65 of them left in service and another 300 in storage, and in total more than XNUMX units were produced.

Note that in 2016, the Polish company Wtorplast signed a contract with the Ukrainian side for the supply of 200 different infantry fighting vehicles assembled in Czechoslovakia in the 80s of the last century. In 2018, the Armed Forces of Ukraine received the first batch of 30 Czech-assembled BMP-1s, after which a huge corruption scandal broke out and the history of the contract is not completely clear.