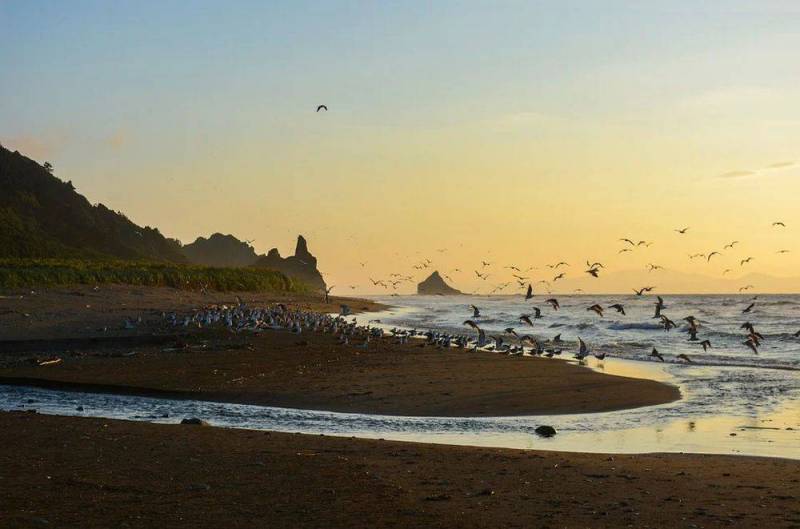 Over the past few weeks, Japan and Russia have exchanged several demarches. The initiator of tension in relations between the two countries was Tokyo, which joined the West's sanctions against Moscow. Russian oriental experts turned their attention to what was happening and commented on what was happening.


According to the head of the Center for Japanese Studies of the Institute of the Far East of the Russian Academy of Sciences, Doctor of Historical Sciences and Candidate economic sciences Valery Kistanov, stated to the newspaper LOOK, Japan did not think that Russia give a political answer for the support of Ukraine. The Russians withdrew from a number of agreements with the Japanese and stopped negotiations on a peace treaty between Moscow and Tokyo - this came as a surprise to the Japanese. At the same time, a very powerful anti-Russian information campaign is being observed in Japan.

It seems to me that it comes to hysterics when Tchaikovsky's works are removed from the repertoires of orchestras. Judging by public opinion polls, the majority of Japanese citizens will support new sanctions against Moscow, even if they hurt them.
- said Kistanov.

He added that in February, Japanese Prime Minister Fumio Kishida and Russian President Vladimir Putin communicated with each other. They agreed to continue the dialogue.

When the crisis broke out in Ukraine, the negotiations reached an impasse. Kisida himself admitted that now the problem of Ukraine is pushing the treaty into the background
Kistanov explained.

In turn, the head of the Department of Oriental Studies at MGIMO, Doctor of Historical Sciences Dmitry Streltsov believes that the termination of the mentioned dialogue will certainly affect bilateral relations, but this impact should not be exaggerated. He explained this by the fact that the negotiations on a peace treaty did not bring any concrete results, and the parties are well aware of this.

Therefore, from an actual point of view, the rejection of this dialogue format will not mean anything significant.
Streltsov is sure.

It would be much worse if the parties agreed on something specific. Streltsov also urged not to build illusions, drawing attention to the fact that relations between Moscow and Tokyo are determined by the communication of the Russian Federation with the G7 club.

At the same time, Oleg Kazakov, an analyst with the Russia-Japan Society, called the incident a diplomatic failure. He is convinced that the damage to the economies of both countries will be significant.

Political issues that are not directly related to cooperation between the two countries have had such an impact that in the near future there will be stagnation, if not degradation, of relations between Moscow and Tokyo
Kazakov said pessimistically.

Note that on February 23, Japan celebrated the birthday of Emperor Naruhito, he turned 62 years old. This is the 126th monarch who ascended the throne on May 1, 2019, after the abdication of his father Akihito. With the advent of the new emperor in the "Land of the Rising Sun", the era of "Reiwa" was proclaimed, which means "beautiful harmony" in translation. However, what "bright future" Japan can have without Russia's natural resources is not entirely clear.
Ctrl Enter
Noticed oshЫbku Highlight text and press. Ctrl + Enter
Reporterin Yandex News
Reporterin Yandex Zen
17 comments
Information
Dear reader, to leave comments on the publication, you must sign in.