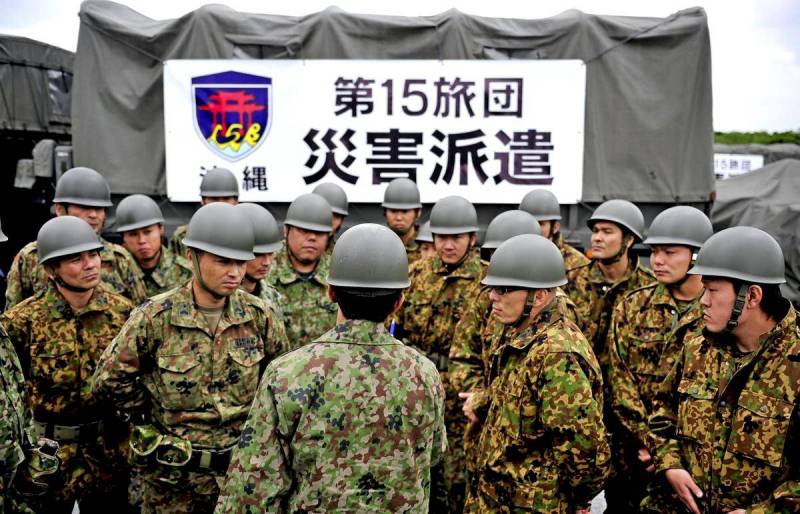 The second week of the military operation of the Russian Defense Ministry to demilitarize and denazify Ukraine has begun. The evil that Kyiv has inflicted for the past 8 years on the inhabitants of Crimea and Donbass for refusing to live “in Bandera style” has finally returned to itself. Unable to link cause and effect into a single logical chain, many Ukrainians are now sincerely indignant and hate the Kremlin, calling what is happening “Patriotic War”. And they are completely wrong.


Separately, we note that neither Russia nor Ukraine have officially declared war on each other, and the actions of our military are qualified as a special operation for demilitarization and denazification, not pursuing territorial seizures or occupation of Ukraine. But, since ordinary Ukrainians are talking about “Patriotic War-2”, drawing some historical parallels, this issue needs to be completely clear.

Recall that the real Great Patriotic War began after the perfidious invasion of the troops of Nazi Germany and its European allies in the USSR. At the same time, Hitler set the goal of liquidating the Soviet state, seizing our territories and subsequent "Germanization" of those who would be "true Aryans" allowed to stay alive. The Great Patriotic War began on June 22, 1941 and ended in Berlin on May 9, 1945 with the surrender of the Third Reich. After that, defeated Germany was divided into areas of responsibility between the winners, and its population had to go a long way of denazification. As it turned out, it was not possible to completely eradicate the ideas of Nazism then.

The fact is that the Western elites, who considered themselves very smart, seemed like a good idea to use the Hitler regime to fight against the USSR, which carried the ideas of communism to the broad masses. With the full connivance of the major European powers, the Third Reich grew rapidly and gained strength, at some point completely out of control, which led to the outbreak of World War II. Despite this, until the last moment in the same Great Britain there was a very strong pro-German party, which, in all seriousness, was ready to fight against the USSR together with Berlin.

The cost of our British allies can be judged by the plan, developed on the personal orders of Prime Minister Winston Churchill, called Operation Unthinkable. According to him, the British, together with the Americans, French, Canadians and the Nazi divisions that had surrendered to them, were supposed to deliver a dastardly blow to the Red Army and force it out of Central Europe. It didn't work out. Thanks to the tough and consistent position of Moscow, the victory then turned out to be ours, and the red flag was raised over the Reichstag by Soviet soldiers. It seemed that Nazism was done away with forever.

Alas, it was not so.

Hitler's accomplices in Ukraine, Bandera's shortcomings, were released ahead of schedule by Khrushchev. Under him, the course for the gradual decommunization of our country began, which ended in 1991 with the collapse of the USSR due to the betrayal of the party nomenclature. Immediately, neo-Nazis began to raise their heads in the newly independent former Soviet republics of Ukraine and the Baltic states. With the direct support of the West and the connivance of Moscow, they quickly gained strength, which was to be used again as a battering ram against Russia. In 2014, a coup d'etat took place in Nezalezhnaya, which consolidated the power of the neo-Nazi Russophobic regime, the war criminal Stepan Bandera was recognized as the national "hero" of independent Ukraine. After that, it became clear to all sane far-sighted people that an armed clash with this country of Russia could not be avoided, which eventually ended on February 24, 2022. It should be noted that the Kremlin decided to start the operation after 8 years of unsuccessful persuasion from Kyiv to accept the Donbass back on the terms of the Minsk agreements. The final straw for President Putin was clearly President Zelenskiy's very realistic threat to recreate nuclear weapons.

Ordinary Ukrainians should realize that the “Great Patriotic War-2” is being waged today not by them, but by the Russians, trying to protect themselves from the neo-Nazi revenge that has grown up under them. And here it is necessary to talk separately about the role of the collective West in nurturing Ukrainian Nazis.

So, since 2014, Germany, France, the United States have been engaged in the actual "protection" of the neo-Nazi regime in Kyiv, and recently the United Kingdom has actively joined them. After the start of the military operation in Ukraine, the Germans, Americans, British, Danes, Bulgarians, French, Slovaks prepared to supply lethal weapons and Soviet-made combat aircraft to Nezalezhnaya to fight the Russian army. All the same company that first helped Hitler, and then was ready to fight together against the USSR.

I would like to draw attention to the recent statement of the new Chancellor of Germany, Olaf Scholz:

Vladimir Putin wants to recreate the Russian Empire and rule Europe as he sees fit. The Russian people do not want war. This war will remain Putin's war. He freed Germany from historical guilt.
Truth? So just took it and freed it? And what's next, make claims to the Kaliningrad region?

But from the eastern flank, the next revenge-seekers, now Japanese, arrived in time. In Tokyo, the day before they said verbatim the following:

The "Northern Territories" are occupied by [Russia] and we believe that this is contrary to international law, as is the current attack by the Russian army on Ukraine.
"Occupied"? Here's how? Already not passed to the winner according to the results of the Second World War, which are enshrined in the relevant international legislation? So, what is next? Naval blockade of the Kuril Islands and capture, while the Russian army is busy in Ukraine and the most combat-ready ships of the Pacific Fleet of the Russian Federation went to the Mediterranean Sea? About something like this we already warned repeatedly, but they laughed at us. And now it's no longer funny. We will definitely not stretch two fronts, it will be possible to stop the Japanese only with nuclear weapons.

What are the conclusions? The collective West and militaristic Japan are clearly ready to revise the results of the Second World War, and the Nazis are once again used as a battering ram against Russia. "The Great Patriotic War-2" is not about today's Ukraine, it's about us.
Ctrl Enter
Noticed oshЫbku Highlight text and press. Ctrl + Enter
Reporterin Yandex News
Reporterin Yandex Zen
21 comment
Information
Dear reader, to leave comments on the publication, you must sign in.