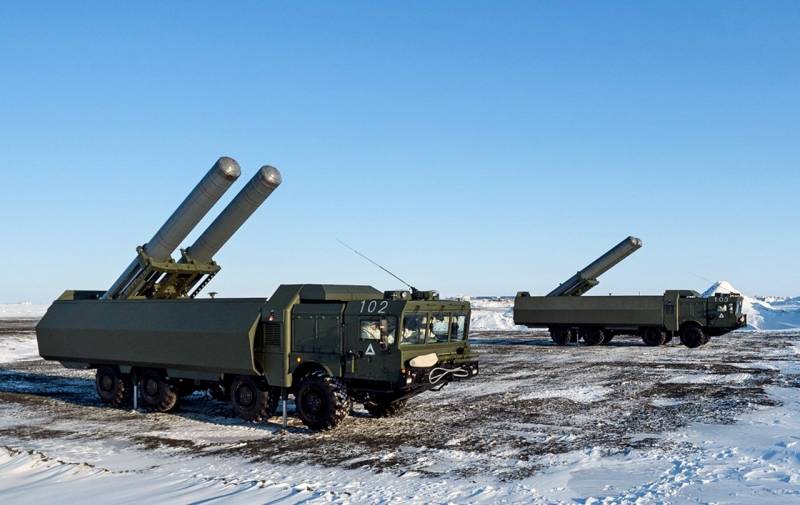 One of the main and most realistic threats to Russia's territorial integrity is Tokyo's claims to the Kuril Islands. In our country, this is treated differently. The jingoistic patriots believe that the Japanese will never dare to use force, because we will immediately, without "concerns", doubts and reflections, turn the island state into a "glass" archipelago emitting radiation. Liberals, on the contrary, are convinced that all the “Kremlebots” are slandering the peaceful Japanese, who are only capable of endlessly patiently asking for their “northern territories” back, and the times of Pearl Harbor and aggressive wars in the Asia-Pacific region are long gone.


However, judging by the actions of the Ministry of Defense of the Russian Federation, in our military department the scenario of an antiamphibious operation in the Kuril Islands is at least not ruled out. What gives us reason to believe so?

The idea of ​​returning the Kuril Islands to Japan has long been given national status. In 2018, when President Putin suddenly spoke about the need to sign a peace treaty with Japan, they clearly felt that Shikotan and the Habomai group of islands were in their pocket.

It didn't grow. The reaction of the Russian public to such "transparent" hints turned out to be so sharp that the Kremlin, having taken a step forward, had to take two steps back. In the course of the amendments to the Basic Law in 2020, it was finally forbidden to trade in their territories, and for such calls you can now be brought to real criminal liability. But this decision, positive for the Russian statehood, can have serious foreign policy consequences. All scenarios for a peaceful solution to the Kuril issue are closed to Japan, and only non-peaceful ones remain.

During the reign of Shinzo Abe, a clear and active militarization of Japan began, military spending began to grow, crossing the bar of $ 50 billion a year. Now Tokyo wants to bring its military budget to 2% of GDP, and this despite the fact that formally Japan has neither an army nor a navy, but only the Self-Defense Forces. Under the legalization of full-fledged Armed Forces, it is planned to rewrite the Constitution of the country.

De facto, the Japanese have long had a large, modern and powerful navy. To increase its offensive capabilities, two Izumo-class helicopter carriers were converted into light aircraft carriers equipped with American F-35B SCVVP, 20 fifth-generation fighters each. Tokyo also has a developed numerous fighter and anti-submarine aircraft and a submarine fleet. Japan is actively cooperating with the United States in the field of strengthening missile defense and purchasing American weapons.

In general, this is a very serious adversary, which, if we take nuclear weapons into account, has long been stronger in this region than Russia with its outdated and small Pacific Fleet. It's unfortunate, but it's a fact.

The presence of such a highly motivated and well-armed neighbor, who has open territorial claims against our country, cannot but cause concern. It should be noted that for some reason the Russian Defense Ministry does not rely solely on nuclear weapons as a means of deterring potential aggression, but is clearly preparing to fight the Japanese by conventional means. Let's remember what has already been done and think about what else can be done to strengthen the Far Eastern borders.

At first, to counter the Japanese fleet on the islands of Kunashir and Iturup, coastal anti-ship complexes "Bal" and "Bastion" were deployed. At the end of 2021, Bastions also appeared on the island of Matua, targeting strategic straits.

Secondly, to combat Japanese aviation, S-300V4 air defense systems were deployed on the Kuril Islands, S-400 air defense systems on Sakhalin Island, and MiG-31BM supersonic fighter-interceptors in Chukotka. Iturup now hosts a flight of Su-35 fighters on a rotational basis. On the island of Matua, it is planned to restore a full-fledged military airfield.

Thirdly, The Ministry of Defense of the Russian Federation clearly admits that this may not be enough against Japan, therefore, units of the 18th machine-gun and artillery division, which is part of the 68th army corps responsible for Sakhalin and the Kuriles, are deployed directly in the "northern territories". In 2020, a separate tank battalion was reinforced with T-72B "rocket" tanks. Compared to the basic version of the T-72, the tank is equipped with a more powerful engine, additional protection and a modern fire control and communications system. T-72Bs are capable of firing not only projectiles, but also guided missiles from a cannon barrel. This will allow them to even fire from the shore on small ships and landing craft.

Military experts explain that such tanks, as protected mobile firing points, are necessary for the implementation of an antiamphibious operation. At the same time, the military units stationed on Sakhalin received T-80BVM "reactive" tanks, the feature of which is the ability to start up quickly even in severe frost, as well as high speed of movement. At the end of last year, these armored vehicles were delivered directly to the Kuriles, according to a press release from the Eastern Military District:

In 2021, a batch of modern upgraded T-80BV tanks entered service with the military units of the VVO army corps stationed on the Kuril Islands. A distinctive feature of the tanks of the T-80 family is a single gas turbine power plant, for which it was called a "flying" tank.
In general, it is somehow unlikely that the presence of nuclear weapons gives the RF Ministry of Defense grounds to ignore the Japanese threat. Rather, on the contrary. Our military department is obviously preparing for all options, including the need to defend the Kuriles by conventional means. This also includes the latest information on strengthening the Pacific Fleet of the Russian Federation.

Thus, one of the two project 23900 universal landing ships "Ivan Rogov" under construction in Kerch, as well as two large landing ships of project 11771 "Vladimir Andreev" and "Vasily Trushin", which are currently being built at the Kaliningrad Yantar, will go to KTOF. The frigates of the improved project 22350 "Admiral Amelko", "Admiral Chichagov" and "Admiral Yumashev" will also go here. In addition, towards the end of 2021, information appeared that a series of six project 22350 frigates would be laid down at the Amur Shipyard. . The transfer of the production of ships of the 8000st rank to the Far East is a positive step, but at the same time an alarming "bell".

It may also be expedient to create a regiment of Tu-22M3 supersonic bombers of the Naval Missile-Carrying Aviation in this troubled region, taking them from Dalnaya. The resumption of production of Tu-160M ​​strategic missile carriers gives reason to hope so. For effective operational control of strike and anti-aircraft weapons in the Eastern Military District, it is highly desirable to relocate AWACS aircraft here.
Ctrl Enter
Noticed oshЫbku Highlight text and press. Ctrl + Enter
Reporterin Yandex News
Reporterin Yandex Zen
8 comments
Information
Dear reader, to leave comments on the publication, you must sign in.