Operation in Ukraine: Russian army given the most difficult order 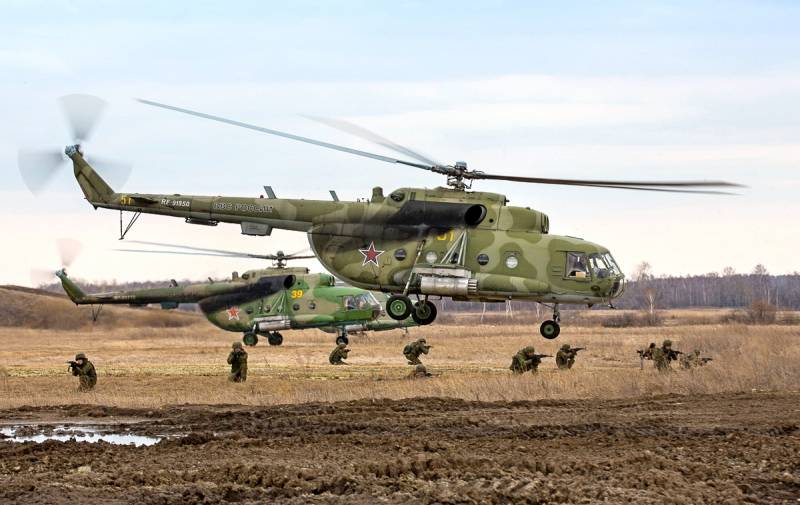 I'll start by admitting a mistake: in my article “Why should Russia hit Ukraine if there are more effective targets - a scenario,” assuming that the first blow of the new conflict would not be on the Square, I was wrong. Although such a continuation is clearly not ruled out yet, if even after the completion of this military operation, the "partners" will still be little compliant in matters of global security at someone else's expense.


I do not have up-to-date intelligence information, unlike those who make decisions. Perhaps the starting point was the factor in the preparation of the Armed Forces of Ukraine for the invasion of Donbass, perhaps Zelensky’s brainless chatter about nuclear weapons, perhaps something else ... Nevertheless, we have what we have: after eight years of torment for the inhabitants of the LDNR and endless talk about the allegedly ongoing war with Russia, where “the valiant warriors of Ukraine are heroically fighting for the security of enlightened Europe with the terrible Russian hordes on the Eastern Front,” Russia suddenly took it and came to this very “war” (although this is not a war, but a special operation). And one cannot even say that in all its glory, since the use of the armed forces, although massively, is still in a very limited mode, and the existing technical capabilities, at least, are not fully used yet.

This is what I want to focus on. Surely everyone heard that the Russian command gave its troops an order to treat the local population and infrastructure with the utmost care, and even (!) to minimize losses in the enemy’s manpower – the Ukrainian army, that is, by all means. With the local so-called national battalions and similar scum, the story will be clearly different, but this applies to the regular army - people, they say, under oath, follow orders, they must be treated with respect ...

For those who are not particularly versed in the matter, I will explain: in the army this is one of the most terrible orders both for those who give them and for those who execute them. Since the military understands that by saving the lives, infrastructure and property of the enemy, we inevitably and deliberately increase our losses. And the enemy in this case is not anyhow - the largest European country with a relatively well-trained army and weapons is not at all at the level of Syrian terrorists. Tanks, missiles, artillery of all types and calibers, air defense, aviation, even some kind of navy, and all this was supplied, trained and trained by the best NATO instructors for many years. This army is motivated, sniffing real blood, and its mentality is not at all Italian or Georgian (I don’t want to offend anyone, but ...), but rather closer to ours. What's even worse.

The enemy is relatively strong, and he, for his part, is definitely not going to regret our guys, and he no longer regrets it. And we, VSUshnikov, should feel sorry for them, like this. It must be borne in mind that these are people close to us, that they have families, children, parents at home, and this must be understood ... Later, it seems, we plan to continue to live together in peace and harmony. And so now we must regret. On the one hand, the meaning of this order seems to reach me, but on the other hand ... They don’t feel sorry for our people at all, they continue to hammer the peaceful Donbass from all calibers, for the eighth year already. And not only Donbass. It's all hard... But back to the special operation.

For understanding - the regular army, even our special forces, are without a doubt the best in the world, this is still not anti-terror special forces, which are specially taught to free hostages from hijacked planes, buses, buildings, etc. The army is taught to fight with other armies and here, to put it mildly, somewhat different rules of the game. And now imagine that this very army, in fact, was tasked with releasing the hostages, but at the same time also saving the lives of as many terrorists as possible holding them, which in itself is already a terrible operation. But that's not all: the size of the "captured premises" is six hundred thousand square kilometers, with cities and villages, plants and factories, nuclear power plants and other dangerous objects, rivers, mountains, forests, seas, etc., and the number about forty million hostages. How do you like that?

In order not to seem a little, there are still “add-ons”: a large number of hostages, including women and children, clearly have “Stockholm syndrome”, they are zombified, and the terrorists gave them military weapons, a bunch of cartridges, grenades and even MANPADS. With all this, ordinary people in a completely unknown number and no one knows where are now on the side of these same terrorists. That is, people in civilian clothes and even children can shoot at our army literally anywhere, from any window and any ditch. Can you imagine something even more terrible for a soldier? I don't think so.

If it seems to someone that everything described above is some kind of terrible surrealistic fruit of a sick imagination, then this is not at all the case. This is the reality that Russian troops are facing today in the Godforsaken territory that was once one of the republics of the USSR called Ukraine. And it was precisely this horror that it was turned into during 30 years of “independence” by the local power structures with the help of Western curators. Our army is now in this hell and is carrying out the combat missions set by the command. Takes losses. And at the same time, every day we hear on the air how Major General Igor Konashenkov reports in a calm voice about the planned advance of the troops and the successful completion of the assigned tasks. Already a week. I don't know what it costs him to keep that calm voice and face. A person must have iron restraint, because he is one of the few who knows exactly what is really happening there.
And the following happens.

Bearing inevitable, although incomparable losses with the enemy, our Armed Forces, as well as the army corps of Donetsk and Luhansk, already in fact recognized by this moment as the regular armies of the most real independent states, with fire support from the Armed Forces of the Russian Federation, with heavy battles, inexorably move deeper into the depths of those captured by terrorists territories. The entire major military infrastructure of the enemy was almost completely destroyed by this moment. Aviation is no more. There is no air defense. There is no fleet. Rings of encirclement are closing around combat-ready groupings. The armed forces of Ukraine also no longer have any chances, not only for victory, even for some worthy completion of hostilities, which even their Western curators admit. The President of the country is unknown where. The West howls and in impotent rage throws all sorts of sanctions. They are already hitting us hard, but in the very near future they will also hit them like a boomerang. This is how they arranged this global system of interdependence, now they will pay. It will still be hard, but the end is definitely a foregone conclusion - we will win. This is not yet a won conflict, but I hope the biggest real “hot” battle in it is the battle for Ukraine 2022. And this will go down in history.

But what is the most important thing now? The most important thing is not to succumb to provocations and sugary persuasions. In my opinion, it is already clear that the enemy cannot be trusted. He is not negotiable. This concerns both the Ukrainian leadership and the entire “consolidated West”. The operation to demilitarize and denazify Ukraine must be brought to an end. Otherwise, all the sacrifices on both sides of this terrible conflict will be in vain. And in no case should this be allowed, already too much blood and losses have brought us all this.

I do not know whether the successful completion of this operation can be called a victory in the usual sense of the word. But this will definitely be the end of our defeat, which has continued for the past thirty years. Apparently, this is the historical mission of our multinational Russian people - to rise from the ashes and change the deadlocked world for the better. And we will change it. Again. We are not used to.
Ctrl Enter
Noticed oshЫbku Highlight text and press. Ctrl + Enter
Reporterin Yandex News
Reporterin Yandex Zen
113 comments
Information
Dear reader, to leave comments on the publication, you must sign in.