White smoke is visible over the Russian Embassy in Kiev - documents are being burned, evacuation is being prepared 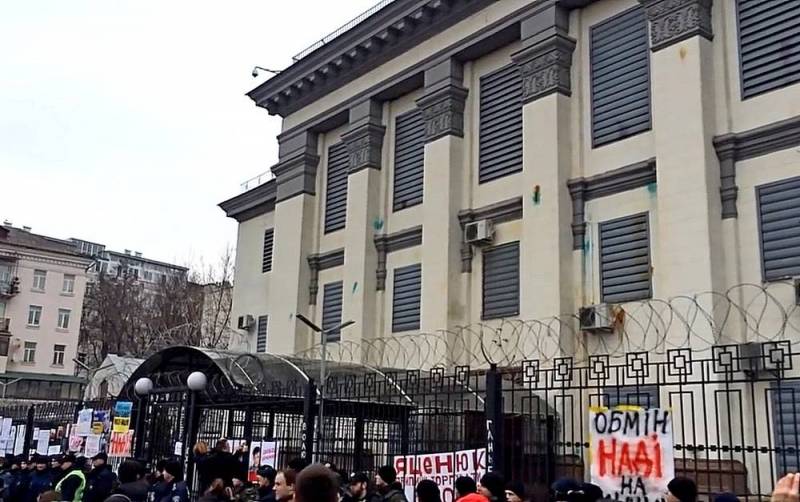 Eyewitnesses in Kiev report thick smoke over the Russian embassy building. As expected, the destruction of documentation is underway before the likely evacuation of personnel and diplomats.

Also, a video of an eyewitness with a subjective commentary was published on the Web.


The last time I saw this was in 2014. Something else is thrown up, already and the black smoke has gone
- said a resident of Kiev.

Note that the destruction of documents is a standard practice in the event of a threat of capture of the embassy or the evacuation of its personnel.

Ранее стало известно about the aggravation of the situation in the Donbass, where since the morning the militants of the Armed Forces of Ukraine have been shelling the positions of the People's Militia of the DPR and LPR.
Ctrl Enter
Noticed oshЫbku Highlight text and press. Ctrl + Enter
Reporterin Yandex News
Reporterin Yandex Zen
16 comments
Information
Dear reader, to leave comments on the publication, you must sign in.