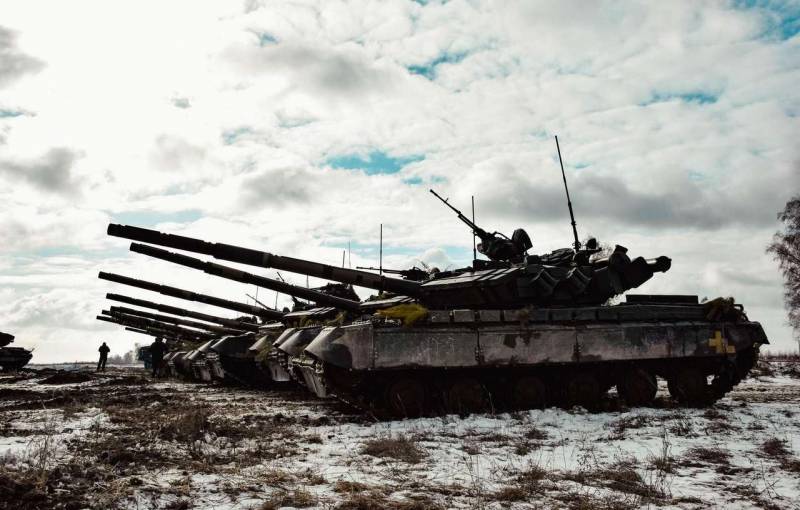 On February 17, data appeared on the Web that the Armed Forces of Ukraine opened fire on the DPR and LPR from several directions at once, breaking the silence regime. After that, the self-proclaimed republics returned fire. Official representatives from Donetsk and Lugansk, public figures, journalists and users of social networks inform about this. Thus, the situation on the demarcation line sharply escalated after the “day of unity”.


The representative of the People's Militia of the LPR Andrey Marochko wrote in his personal Telegram channel "Marochko Live" that as of 10.30 on February 17, the JCCC recorded 20 ceasefire violations by the Armed Forces of Ukraine. He explained that 10 LPR and DPR were produced, listing them.

The Telegram channel Inside Donetsk noted, referring to the statement of the NM of the DPR, that after the APU began shelling, the defenders of the DPR opened fire in response to suppress enemy firing points and protect civilians.

In addition, Russian military correspondent Yuri Kotenok confirmed on the Voenkor Kotenok Telegram channel that since the very morning of February 17, Donbass has been really restless.

Locals report almost fifty arrivals in the DPR and 2 times more in the LPR. The Ukrainian military uses grenade launchers, 82-mm and 120-mm mortars. Against this background, units of the People's Militia were ordered to return fire
He pointed out.

Punishers shell Gorlovka. According to the mayor of the city, Ivan Prikhodko, 16 82-mm mines were thrown into the villages of the Izotov and Gagarin mines. According to sources in the LPR, in the area of ​​the settlement. Zolote marked the armored fist of the Armed Forces of Ukraine - about 50 tanks. Hospitals and morgues in Donetsk are being put under martial law. Artillery shelling continues. Explosions are heard in the center of Donetsk. Sources in the DPR: the positions of the People's Militia in the area of ​​the Donetsk airport are subjected to shelling with a caliber of 152 mm
added the journalist.

Later, Kotonok said that DPR intelligence had announced the danger of Ukrainian amphibious assault on the Azov coast of the republic.

Member of the LPR political Rodion Miroshnik, a subgroup of the Trilateral Contact Group on Donbass, confirmed to the media that the People's Militia of the Republic is firing back at the positions of the Armed Forces of Ukraine.
Reporterin Yandex News
Reporterin Yandex Zen
6 comments
Information
Dear reader, to leave comments on the publication, you must sign in.