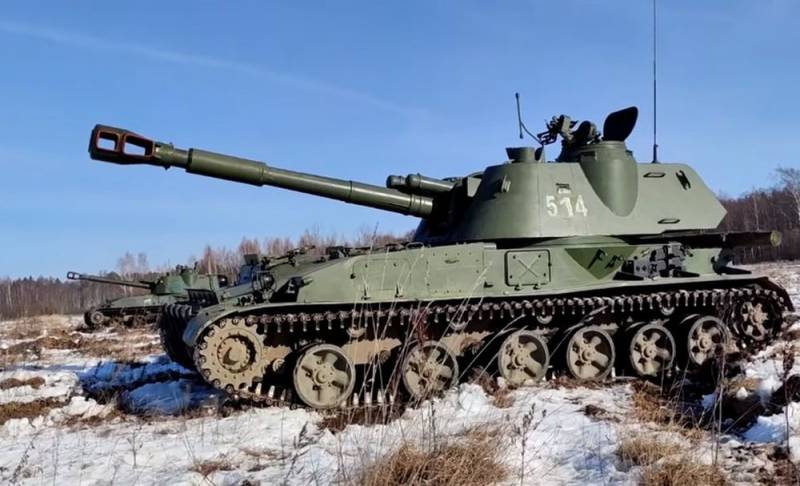 New satellite imagery shows increased Russian military activity in several locations near Ukraine. This was reported by the private American company Maxar Technologies, which published the images, amid fears that Moscow could “attack” Kiev, its former Soviet neighbor, Reuters writes on February 15.

Russia, which has repeatedly denied plans to invade, is conducting major military exercises in former Soviet Belarus as part of a surge in forces north, east and south of Ukraine. Maxar, which has been monitoring the Russian troop buildup for weeks, said today that images taken on Sunday and Monday show new activity in Belarus, annexed Crimea and western Russia.
- specifies the agency.

At the same time, Maxar indicated the arrival of several large groupings of troops, as well as deployment attack aircraft and fighter-bombers and attack helicopters in the border areas. In addition, the images also show the withdrawal of several units of the Russian Ground Forces from the existing garrisons. The picture below shows armored vehicles and self-propelled guns loaded onto platforms and passing through the railway station in Yelnya (Smolensk region) on February 13. 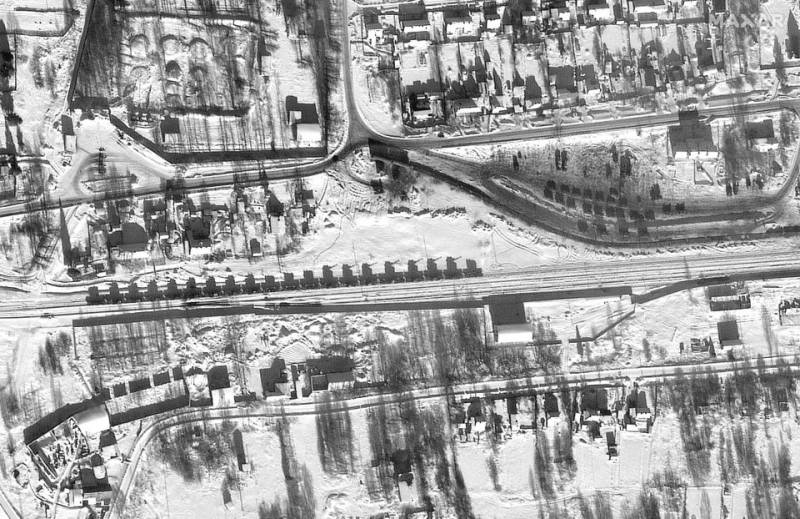 In the next picture, the battle group leaves the car park in Yelnya on the same day. 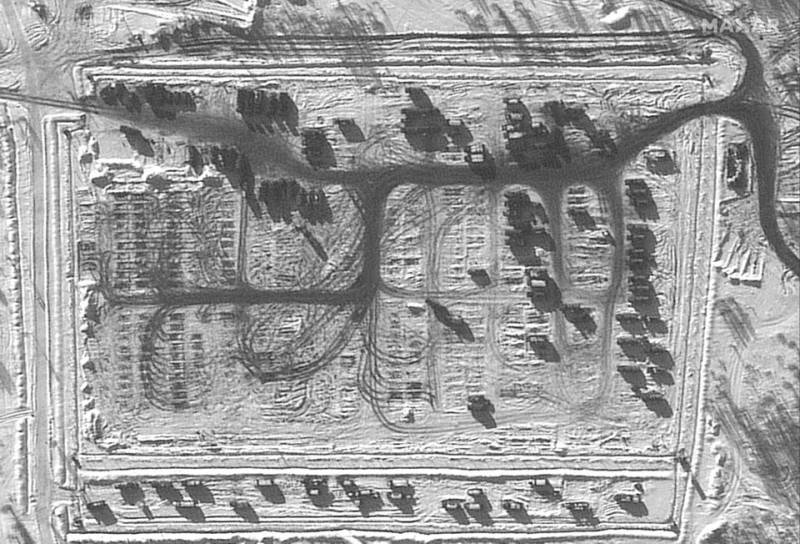 The next photo shows the location of the helicopter unit in Belgorod on the same day. 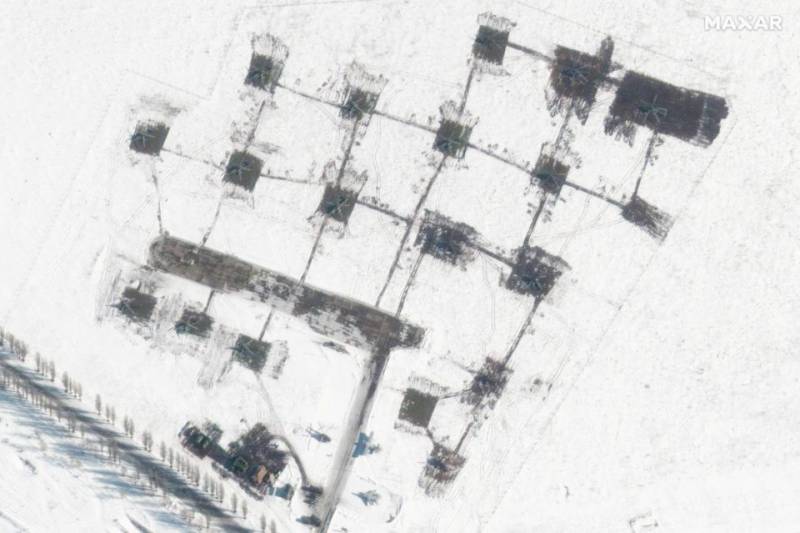 The following is a snapshot of the area where the troops and the military equipment in Rechitsa (Belarus) on February 14. 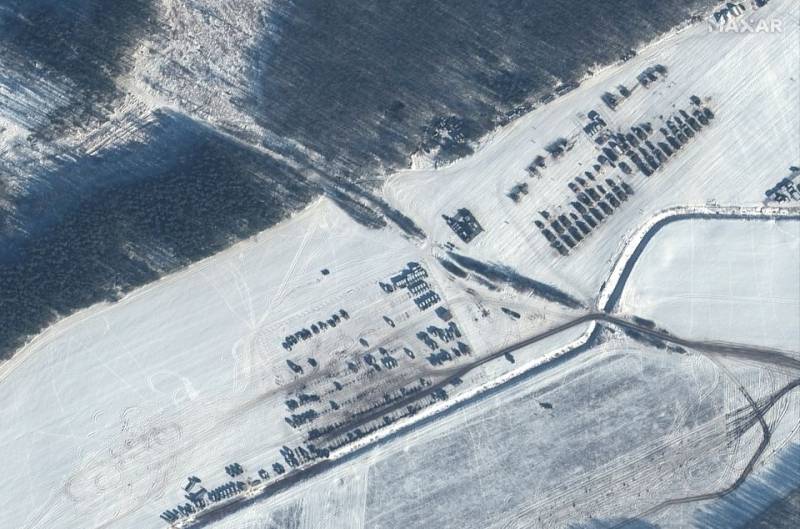 The agency failed to independently verify the images
- emphasized in the publication.

At the same time, the agency learned from three diplomats that in the coming days (February 16-17), the heads of the NATO defense ministries may put into action a plan to deploy four international combat units in Eastern Europe, which will be a response to the buildup of Russian troops near Ukraine, after a US warning about the "imminent attack". We are talking about the deployment of 1 thousand soldiers in Romania, Bulgaria, Hungary and Slovakia. At the same time, Hungary and Slovakia are still hesitating and are afraid to provoke the Russian Federation.

A task will be set that will allow us to escalate the situation, but also de-escalate it if Russia withdraws its armed forces
one of the diplomats explained.

Ukraine is not a member of NATO and is not obliged to defend it. However, an increase in troops in the Black Sea region would show the determination of the Alliance. If approved, such a move would be the biggest shift in the Alliance's force structure since 2014, when NATO's Enhanced Forward Presence program was deployed in Estonia, Lithuania, Latvia and Poland.

The new NATO contingent in Romania could be led by France. But any troop deployment would run counter to Russia's demands for the Alliance's withdrawal from Eastern Europe, the agency concluded.

It should be added that on February 14, the American television company CBS News, citing an unnamed US official, spread the information that part of the Russian troops left their concentration areas and began advancing to the front lines for "aggression" against Ukraine. 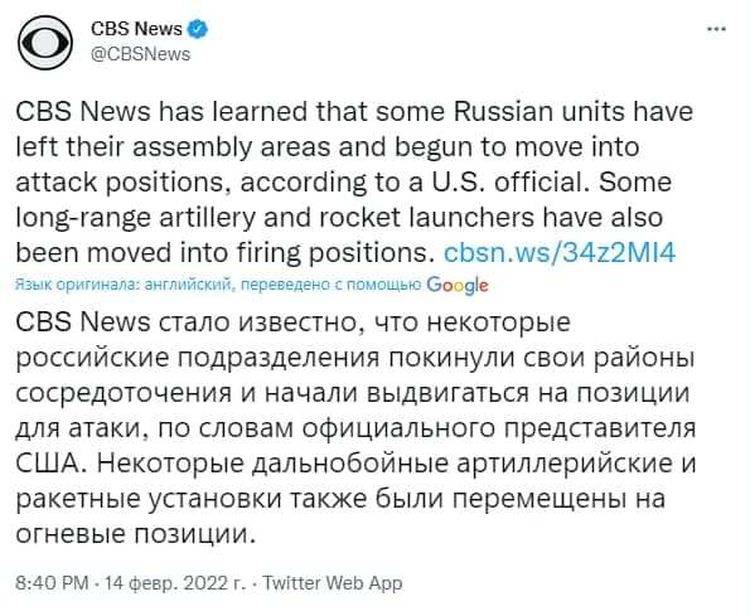