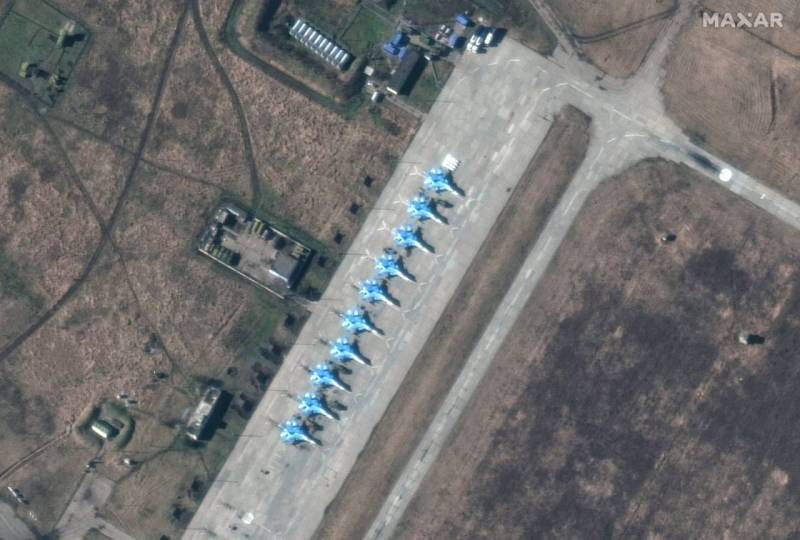 New satellite images have appeared on the Web from the American company Maxar Technologies, which specializes in the production of communications, Earth observation, radar and spacecraft maintenance in orbit and other related services. The published photographs show the scale of the transfer of aviation (airplanes and helicopters) of the Aerospace Forces, the Navy and the Ground Forces of the RF Armed Forces to the southern regions of Russia, as well as in the west of Belarus.


For example, the transfer of 10 units of Russian multifunctional supersonic tactical fighter-bombers Su-34 to an airfield near the city of Primorsko-Akhtyrsk in the Krasnodar Territory was recorded. 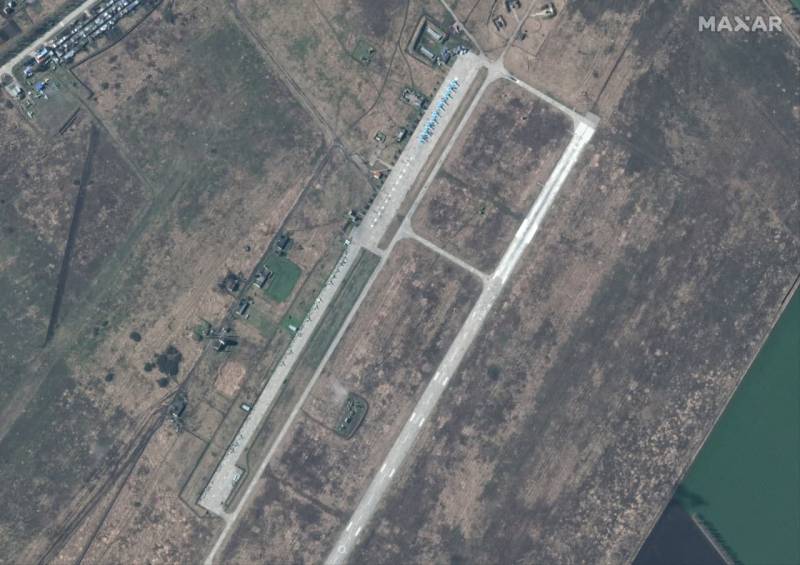 In addition, a photograph of the Donuzlav airfield in Crimea, located 25 km from Evpatoria and considered an inactive object, was published. You can see dozens of different helicopters on it - at least 68 units. 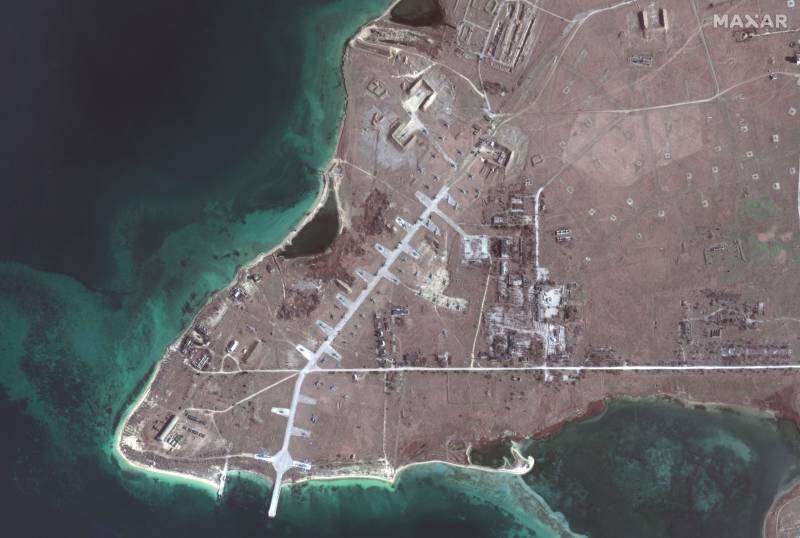 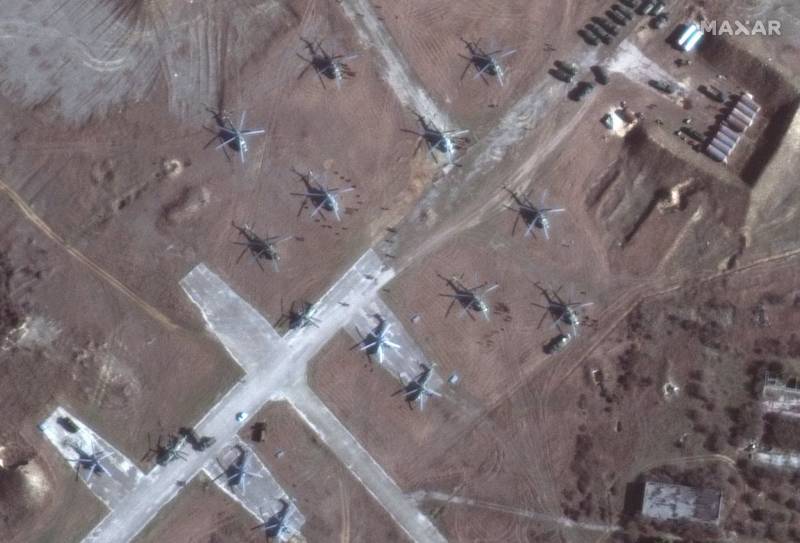 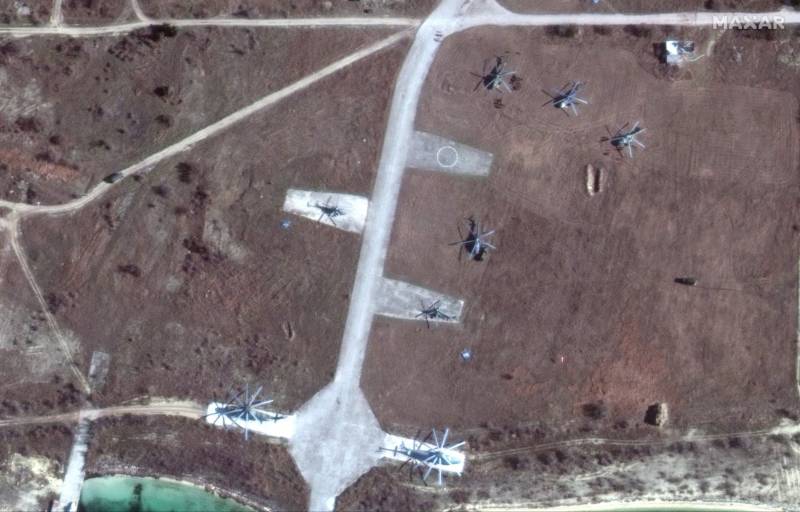 At the military airfield "Millerovo" in the Rostov region (near the border of Ukraine), 11 units of armored subsonic attack aircraft Su-25 were found. It should be noted that the Rooks are not a typical aircraft for this airfield, since since 2014 the 31st Fighter Aviation Regiment has been based there, re-equipped from the MiG-29 to the Su-30SM. 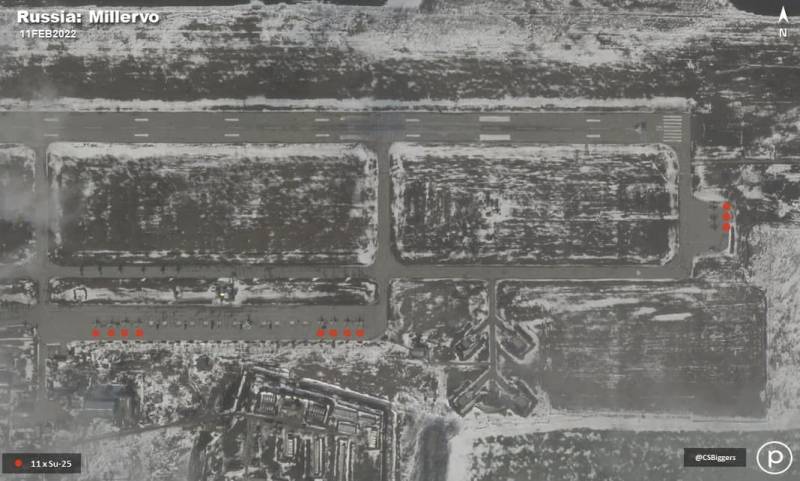 There was also a recent photo earlier identified at the Luninets air base in the Brest region of Belarus, 32 units of Russian Su-25. This is a full-fledged air regiment, consisting of two squadrons of 16 aircraft each. 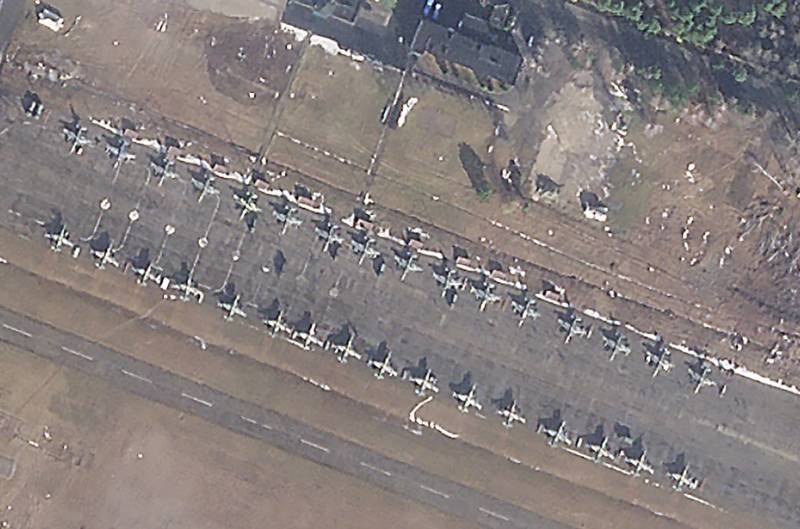 All this points to the concentration of Russian military aviation in the south and west.
Ctrl Enter
Noticed oshЫbku Highlight text and press. Ctrl + Enter
Reporterin Yandex News
Reporterin Yandex Zen
6 comments
Information
Dear reader, to leave comments on the publication, you must sign in.