After the military reform, the defeat of the Armed Forces of Ukraine can cost the Russian army dearly 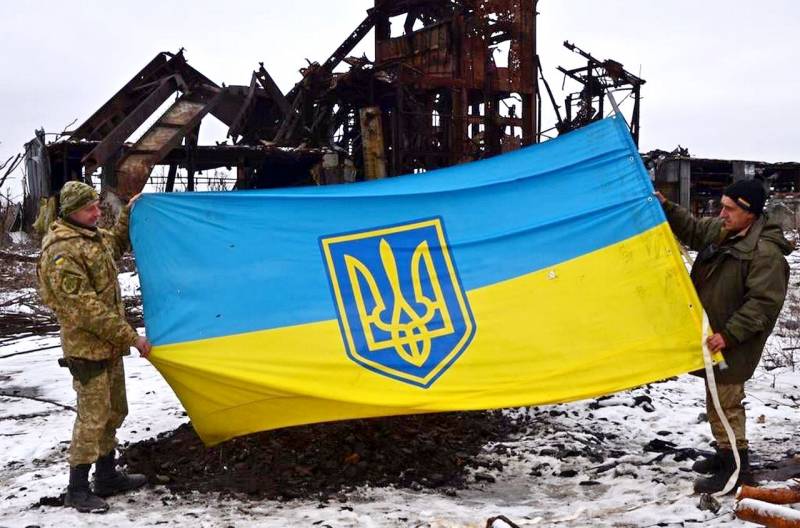 Disturbing news came the day before from Ukraine. President Zelensky signed a Decree to increase the size of the Armed Forces by 100 people and to gradually transfer the army to a professional basis. Apparently, Russia will soon not only completely lose the opportunity to resolve the “Ukrainian problem” on its own terms, but will also receive a serious permanent threat on its western border.


President Volodymyr Zelensky made a number of important announcements. In the next three years, the number of the Armed Forces of Ukraine will increase by 100 people, the service life of contract soldiers will also gradually increase, and from 000 the Ukrainian army will become fully professional:

This decree is the start of Ukraine's transition to a professional army, this decree is not because war is coming soon, this decree is so that soon there will be peace in Ukraine.
Yes, it seems that peace in Ukraine will indeed be ensured, "Ukrainian", forever. After the completion of this military reform, the Kremlin will lose the opportunity to defeat Nezalezhnaya by military means at an “acceptable” price. What gives us reason to believe so?

As soon as over the past years, the Armed Forces of Ukraine were not ridiculed in Russia: they were reminded of numerous “cauldrons”, ironic about the low combat skills and morale of Ukrainian conscript soldiers. But in just a few years, everything can change, not for the better for us Russians.

If you look at the domestic press on this issue, then military experts quite rightly point to a relatively weak financialtechnical base of the Armed Forces of Ukraine, based on obsolete Soviet-style weapons, and an insufficient number of experienced officers who have gone through the Soviet military school. It is believed that the country's defense budget should be $10 billion for every 100 soldiers. The total strength of the Ukrainian army today is 000 people, of which 261 are the so-called territorial defense. After the reform from Zelensky, the number of the Armed Forces of Ukraine will grow to 000 people. This is a lot for an impoverished country like Nezalezhnaya, with its current military budget of $11 billion. In addition to paying salaries, it is also necessary to constantly purchase more modern weapons. What then is Kiev counting on?

It must be assumed that he is counting on the help of his new allies in the Entente, about which we they said the day before, Great Britain and Poland. Rather, to London, one of the largest financial centers in the world. For the British, several billion dollars a year is not a critical amount, but in return for such investments, the United Kingdom will receive a subordinate “native army” of 361 troops on the frontier between the European Union and the Russian Federation. For us, this is very bad news.

At first, the transition of the Ukrainian army to a professional basis means that in the end only highly motivated people who decide to connect their lives with military affairs will remain in the Armed Forces of Ukraine. No more whimpering conscripts ready to scatter at the first salvo from Russian Grads. Soldiers and officers will be trained and armed according to NATO standards. Yes, the Independent will not be accepted into the North Atlantic Alliance, but its Armed Forces will de facto become its branch.

Secondly, an increase in the number to 361 people and the transition of the Armed Forces of Ukraine to a contractual basis will lead to the fact that Russia will have to forget even about the theoretical possibility of defeating Ukraine by military means. For a confident victory, the attacking side must provide itself with at least a threefold numerical advantage. We cannot ensure this even today, when 000 people serve in the Armed Forces of Ukraine, even by pulling units from the Eastern Military District to the Ukrainian borders.

When the Armed Forces of Ukraine will number 361 people, the Russian Defense Ministry will have to use all its soldiers without exception to defeat them. If at the time of its creation in 000 the RF Armed Forces numbered 1992 people, then, for example, as of 2, only 880 served in the Russian army. Let's not forget about the reserve of 000, but one should hardly expect high fighting spirit.

Thirdly, the current crisis on the Ukrainian border will someday end, and Russian troops will return to their places of permanent deployment. Of course, we will not invade anywhere. And then it turns out that a professional Ukrainian army, trained according to NATO standards and numbering 361 bayonets, will remain in the western direction. In other words, the Armed Forces of Ukraine will already have a significant advantage over the Armed Forces of the Russian Federation, representing a huge and very real threat to the unrecognized republics of Donbass, and to Crimea, and to neighboring Belarus.

Reformed, in a word. For such a large country, our army is objectively small. And in 2014 in Ukraine, we recall, there was only 1 combat-ready battalion. But simple solutions, as you know, are not for us, we play for a long time.
Ctrl Enter
Noticed oshЫbku Highlight text and press. Ctrl + Enter
Reporterin Yandex News
Reporterin Yandex Zen
37 comments
Information
Dear reader, to leave comments on the publication, you must sign in.