Can Venezuela join the CSTO and host a Russian military base? 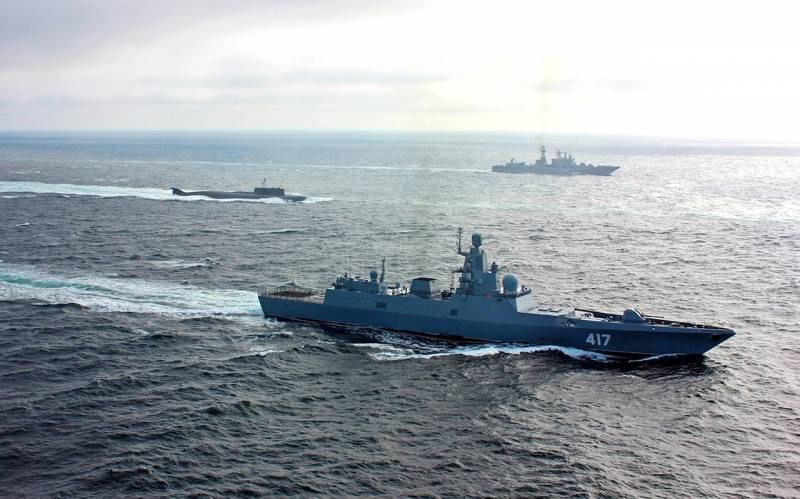 В продолжение темы about the possibility of creating a joint base for servicing submarines with Venezuela, which could become an important reference point for the Russian Navy in the Caribbean. Some of our readers, after reading, were afraid that this would infuriate the United States and entail an inevitable war and the overthrow of the ruling regime in Caracas. How can we live with it then?


Of course, the Americans will be furious at the prospect of an unofficial Russian naval base in their southern underbelly, which is what it's all about. But how to avoid negative consequences like the collapse of the regime of President Nicolás Maduro, our last friend in Latin America?

I would like to once again describe in general terms the idea that some people condemned in absentia without even reading it. Instead of deploying a full-fledged military base, aviation or naval, at a high price, far away, and then experiencing constant headaches about how to supply it and, in which case, defend it, you can try to negotiate with Caracas to create a joint submarine repair center. It is there that all six frigates and two diesel-electric submarines of the Venezuelan Navy are based. This would give the Russian Navy the right to use the port of Puerto Cabello in the Caribbean even without opening its official naval base.

Recall that according to the Venezuelan Constitution, the deployment of foreign military bases on the territory of this country is expressly prohibited. However, sharing it for repair and maintenance purposes directly will not violate the Basic Law. By the way, in a similar way, Russia agreed with Vietnam on the use of our former naval base in Cam Ranh. Moscow has sold several Varshavyanka-class diesel-electric submarines to Hanoi, and our specialists are also training Vietnamese submariners there. What will it give us in Venezuela?

Quite a lot for very modest money. Russian submarines, having registered in Puerto Cabello, will be able to regularly appear and "shine" in the Caribbean, unnerving the Americans. By the way, "Varshavyanki" can, if necessary, carry cruise missiles "Caliber" with a nuclear warhead. They promised to put hypersonic Zircons on the Yasen nuclear submarine. If Moscow sells 1-2 of its diesel-electric submarines to Caracas, Russian military experts will settle in Puerto Cabello permanently. Of course, such a common base will require appropriate cover.

In accordance with the agreement of 2016, the ships of the Russian Navy and the Venezuelan Navy can freely visit ports on the principle of reciprocity. To cover the joint PMTO to six Venezuelan frigates, Russia could send a Project 22350 frigate equipped with strike missile and anti-aircraft weapons. Yes, so far we have very few such ships, therefore at first it will be a purely image-building action with the aim of demonstrating the flag in the Caribbean, but by the thirties the capabilities of the Russian fleet in the far sea and ocean zones will grow up. Then the Russian Navy will be able to keep 2-3 multi-purpose frigates in Venezuela on a rotational basis.

That is, we can get a “base without a base”, the maintenance costs of which will be orders of magnitude lower than when creating a full-fledged one, and the benefits from it will be real. Yes, and losing it in the event of the overthrow of the ruling regime will not be so insulting. But can this be avoided?

At the beginning of 2022, tragic events took place in neighboring Kazakhstan. There was an "upper coup" in the country, and during the mass street riots, many people, civilians and law enforcement officers were killed or injured. The obvious tipping point came when Moscow decided for the first time to truly use the collective security mechanism within the framework of the CSTO. Russian, Belarusian, Armenian and Kyrgyz peacekeepers were promptly sent to Kazakhstan, after which политическая the situation in the country immediately began to stabilize.

After that, an assumption arose that the CSTO could be in demand in other CIS members, and not only in the post-Soviet space. Against the backdrop of the continuous deterioration of Russia's relations with the West, ideas were expressed as to whether to include in this international organization relatively friendly countries of Latin America - Venezuela, Cuba and Nicaragua?

At first glance, it is tempting, and not only for Moscow, but also for Caracas and Havana. So, if the United States tries to arrange a “color revolution” in Venezuela, then brave peacekeepers will fly in from across the ocean, and the ruling regime will stand, and then the saviors will leave. However, on reflection, it turns out that this idea is not viable within the framework of the CSTO.

Collective security is also collective, that assistance is mutual. Why Russian, Belarusian, Kazakh, Armenian and Kyrgyz peacekeepers need President Maduro, of course. It is not clear why send their soldiers to distant Venezuela to fight American "proxy" Minsk, Nur-Sultan, Yerevan and Bishkek. Let's face it, nobody needs this, because there will be no expansion of the CSTO into Latin America.

Much more realistic is the so-called "Syrian" scenario. Recall that Russia has had an agreement on friendship and cooperation with the SAR since Soviet times. This and other agreements were used by Moscow and Damascus in 2015 to launch the Russian Aerospace Forces operation in Syria, which continues to this day. In other words, no one will help Venezuela through the CSTO in the event of a Maidan, but Russia could do it directly, within the framework of a bilateral agreement on mutual assistance.

Venezuela is indeed our last friend in Latin America, a major debtor, business partner and buyer of Russian weapons. In 1996, then Russian Foreign Minister Yevgeny Primakov signed an agreement on friendship and cooperation between Russia and Venezuela. It could be supplemented with clauses similar to those contained in Article 6 of the Soviet-Syrian friendship treaty:

In the event of situations that threaten the peace or security of one of the Parties or create a threat to peace or a violation of peace and security throughout the world, the High Contracting Parties will immediately contact each other in order to coordinate their positions and cooperate to eliminate the threat and restore peace. ...
Recall that these provisions made it possible for Damascus to turn to Moscow for direct military assistance.
Ctrl Enter
Noticed oshЫbku Highlight text and press. Ctrl + Enter
Reporterin Yandex News
Reporterin Yandex Zen
8 comments
Information
Dear reader, to leave comments on the publication, you must sign in.