Russian submarines with Zircons could be stationed in Puerto Cabello 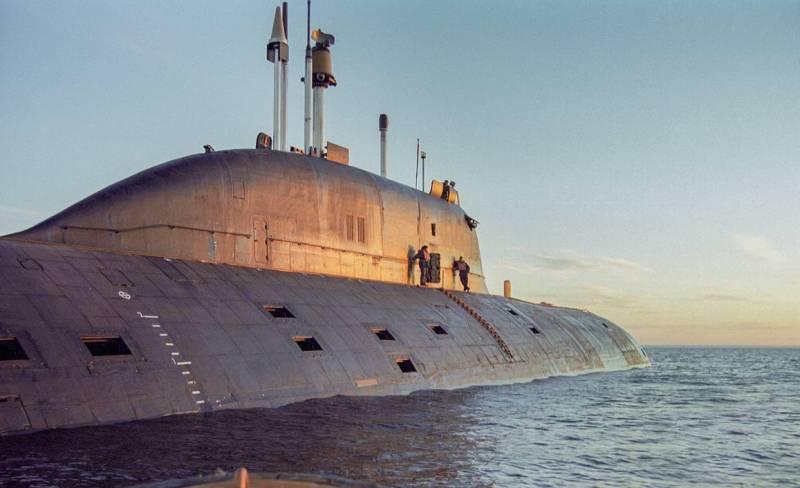 One of the hottest topics of discussion in recent weeks has been the possible deployment of Russian military bases in the Caribbean as a symmetrical US response to their entry into Ukraine. However, neither Cuba, nor Venezuela, nor Nicaragua showed public enthusiasm for such prospects, and a combined detachment of six large landing ships of the Baltic and Northern fleets, sailing with an unknown cargo, turned not to the Island of Freedom, but to the Mediterranean. Not this time.


Does the above mean that the Ministry of Defense of the Russian Federation will no longer have its military bases in the southern underbelly of the United States? Not certainly in that way. The key question is what exactly is considered a military base, and why exactly do we need it.

If you look at the "hegemon", the United States has a huge number of military bases abroad, used to control the countries it occupies, as well as springboards for potential aggression against neighboring countries. So, for example, the deployment of American nuclear missiles in Ukraine will pose an existential threat to Russia, given the shortest flight time to Moscow and our other megacities. In addition, American occupiers in the same Germany or Japan still have extraterritorial status and are not subject to local jurisdiction.

Do we need something similar to Russia, and most importantly, do the Latin American countries themselves need foreign military bases, including Russian ones, to be located on their territory?

Probably not. As we have detailed discussed, our nuclear missiles are not needed either in Cuba or in Venezuela. The first was interested in normalizing relations with the neighboring United States, and the second assumed the corresponding obligations under the Treaty on the Non-Proliferation of Nuclear Weapons in Latin America. And what is the special practical meaning of medium-range missiles with nuclear warheads in the Caribbean? During the Soviet period, they were placed in Cuba due to purely technical issues, since only from the Island of Freedom of the USSR Ministry of Defense could they be guaranteed to shoot through the entire American "heartland". Today, modern intercontinental ballistic missiles will reach the United States without any problems.

That is, nuclear missiles or Tu-160 strategic missile carriers in Cuba or Venezuela - this is necessary purely for the image, in order to show the media a picture: to scare the average layman with the fact that this same Russian missile from a ground-based launcher or from the suspension of the "White Swan". At the same time, the construction, security and subsequent maintenance of a full-fledged military base abroad in the Caribbean will be a rather expensive “pleasure” and a difficult task in terms of logistics. Then what options are there if the Russian base is not expected there at all?

Let's forget about Cuba for the moment, from which we voluntarily and short-sightedly left, and think about Venezuela, which seems a little more realistic. Yes, the deployment of foreign military bases on its territory is directly prohibited in the country's Constitution. President Nicolas Maduro is not eager to rewrite the Basic Law for the sake of Russia. But what if we agree with Caracas on a “base without a base”?

If anyone is not in the know, then Venezuela has its own naval forces, including the navy itself, naval aviation, coast guards and marines. The National Bolivarian Navy has 6 Lupo-class frigates, 3 Vosper 37m.-class/Federación-class missile patrol boats, 3 Vosper 37m. LST/Capana class, 4 Ciudad Bolívar-class supply ship and 1 Type 2 diesel-electric submarines.

It is about the latter that I would like to talk in more detail. The Venezuelan Navy has 10 bases, the main of which are Caracas, where the headquarters is located, and Puerto Cabello, where all frigates and both German-made diesel-electric submarines are deployed. Puerto Cabello is a large modern port on the Caribbean coast of Triste Bay, with a shipyard and repair docks. It may be of interest to Russia if the practice of using the Vietnamese harbor of Cam Ranh in the Pacific Ocean is extended to it, from which we also imprudently and short-sightedly left, as well as from Cuba.
In 2013, an agreement was reached with Hanoi on the establishment of a joint base in Cam Ranh for the maintenance and repair of submarines, and in 2014, an agreement was reached on the simplified use of the Vietnamese port by Russian warships.

With mutual desire, Caracas and Moscow could agree to open a joint training and repair center for Venezuelan and Russian submarines in Puerto Cabello. Our submariners could share their experience with their Latin American colleagues, and at the same time serve diesel-electric submarines and even nuclear submarines. Recall that the Varshavyanka diesel-electric submarines can carry Caliber cruise missiles, which, in turn, can be equipped with a nuclear warhead. The presence of such submarines in the Caribbean will be a deterrent. If, however, Russian Yasen nuclear submarines carrying Zircon hypersonic missiles, presumably equipped with a nuclear warhead, begin to regularly drop in and get into the frame in Puerto Cabello, the Americans will become even more anxious.

Thus, at minimal cost, Russia could designate a very real threat to the "hegemon" in its southern underbelly without directly violating the norms of the Venezuelan constitution.
Ctrl Enter
Noticed oshЫbku Highlight text and press. Ctrl + Enter
Reporterin Yandex News
Reporterin Yandex Zen
32 comments
Information
Dear reader, to leave comments on the publication, you must sign in.