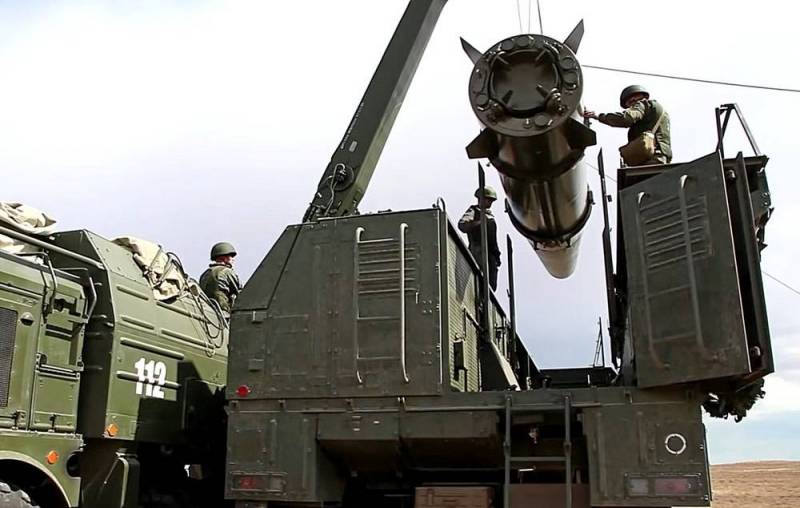 After the NATO bloc actually rejected "Putin's ultimatum" on non-expansion to the East, the question arose of Russia's military response. Deputy Foreign Minister of the Russian Federation Sergei Ryabkov once again hinted at the "Caribbean Crisis-2", which refers to the possibility of deploying strike weapons of the Russian Defense Ministry in Latin America. The key question is, are our missiles waiting there at all?

When people talk about the "Caribbean crisis-2", they usually mean Cuba. During the Soviet era, Freedom Island was our main and faithful ally in the region. After the deployment of American Jupiter nuclear missiles in Turkey with a flight time to Moscow of 10 minutes, Moscow agreed with Havana on the transfer and deployment of Soviet medium-range nuclear missiles in Cuba. From there, the USSR Ministry of Defense took direct aim at the entire territory of the United States with a minimum flight time. The operation was called "Anadyr". It was a symmetrical and highly effective response to the "hegemon".

Having found out about this, Washington was almost the first to start the Third World Nuclear War. Cuba was taken under blockade, a full-scale military operation was being prepared. The US and the Soviet Union were teetering on the brink of starting a nuclear exchange. It was only a miracle. The parties were able to find a compromise: Moscow ordered the withdrawal of its medium-range missiles from the Island of Freedom, followed by Washington from Turkey.

Nevertheless, Cuba remained an important military outpost of the USSR even after that, since our radar tracking center was located there in Lourdes, and Soviet ships and submarines periodically entered Cienfuegos Bay so that the Americans would not relax too much. This was until 2001, when President Vladimir Putin decided to close the military facility in Lourdes, and at the same time the naval base in the Vietnamese Cam Ranh. It is believed that this unilateral gesture was made to improve relations with the US at the request of President George W. Bush. And in 2014, Vladimir Vladimirovich, with truly lordly generosity, wrote off the old Soviet debt to Havana in the amount of 31,7 billion dollars. Can we go back to Cuba now?

Some time ago we already reasoned on this topic and came to the disappointing conclusion that no, we can't. No one is waiting for us there. The USSR and Cuba, two socialist states, had the closest friendly relations and a common enemy in the face of the United States. The Soviet Union has been gone for more than 30 years, and the Russian Federation is now an ordinary average capitalist state of an oligarchic nature. And Cuba is no longer the same. After the departure of the Castro brothers, the Island of Freedom also began to actively rebuild on a capitalist footing. Havana is objectively oriented towards the gigantic market of the United States located nearby, and modern Russia cannot give it anything special. Nuclear missiles aimed at the US? What for? To again fall under a total blockade and face the prospect of a military invasion by the American Marine Corps? And what for? So that Vladimir Putin can satisfy his geopolitical ambitions?

There will definitely not be any Russian nuclear missiles in Cuba.

As an option, we could talk about opening an air base where Russian fighters, bombers and anti-submarine aircraft could be located, and / or anti-submarine weapons, where our submarines could enter. During a threatened period, it would be possible to transfer White Swans to the Cuban airfield, as well as nuclear submarines with ICBMs or even diesel-electric submarines capable of carrying Caliber missiles with a nuclear warhead. It would make sense as a deterrent.
However, the appearance of such an infrastructure of the Russian Defense Ministry will also sharply worsen relations between Washington and Havana, which she will not voluntarily agree to. Rather, it could be forced into this option in exchange for writing off the colossal Soviet debt for Cuba in the amount of almost 32 billion dollars. But our Vladimir Vladimirovich already wrote it off in 2014, and the service rendered, as you know, is worth nothing.

In general, you will have to forget about Cuba. What options are left?

In this Latin American country, Russia has a little more chances to gain a foothold. Unlike Havana, Caracas is still in a tough "contra" with Washington. Socialeconomic the situation in Venezuela is very difficult, which may eventually lead to an attempt to demolish the ruling regime by the so-called “color revolution”. The presence of a Russian military contingent that is completely loyal to the current government and is ready to support it with “bayonets” is, in principle, beneficial for President Maduro. But, alas, everything is not as simple as we would like.

Venezuela is a party to the Treaty on the Non-Proliferation of Nuclear Weapons in Latin America. Therefore, there will definitely not be any Russian medium-range missiles with nuclear warheads.

Alternatively, the Russian Defense Ministry could rent Orchila Island from Caracas, where Venezuelan naval aviation is based. All the necessary infrastructure is already there, which we will discuss in detail told previously. The Ministry of Defense of the Russian Federation could use it to deploy its fighter, bomber and anti-submarine aircraft, creating a permanent threat to the Americans in the Caribbean. During the crisis period, it would even be possible to transfer White Swans there, modestly keeping silent about what kind of missiles they carry.

Unfortunately, these ambitious plans are shattered by underwater rocks. Thus, according to the Constitution of Venezuela, it is forbidden to open foreign military bases on its territory. As you know, the Basic Law is such a fickle thing, it can be rewritten, but for this it will be necessary to interest President Maduro and the ruling elite in something.

Even if we get permission to use the island of Orchila for our own purposes, the matter will then rest on the need for a constant supply of military contingents in another part of the world. This requires a serious navy capable of operating in the ocean zone, and a developed merchant fleet, since you can’t get drunk on planes, and Russia has big problems with this. We are good at selling large surface ships built during the “scoop” to sell abroad or send “on needles”, but we are not yet able to quickly build our new ones.

Therefore, threatening the Americans with a new "Caribbean crisis" will not work, because there is nothing left.

Seriously speaking, such a nuclear escalation does not make sense at all, since it is an attempt to treat the symptoms of a progressive disease with an unwillingness to treat the disease itself and eliminate the causes. The crisis in relations with the West began in Ukraine, where the Russian leadership demonstrated its weakness, inconsistency and indecision, but that is where it may end if the Kremlin proves its ability to solve problems radically. Then no nuclear missiles in Venezuela will simply be needed.
Ctrl Enter
Noticed oshЫbku Highlight text and press. Ctrl + Enter
Reporterin Yandex News
Reporterin Yandex Zen
47 comments
Information
Dear reader, to leave comments on the publication, you must sign in.