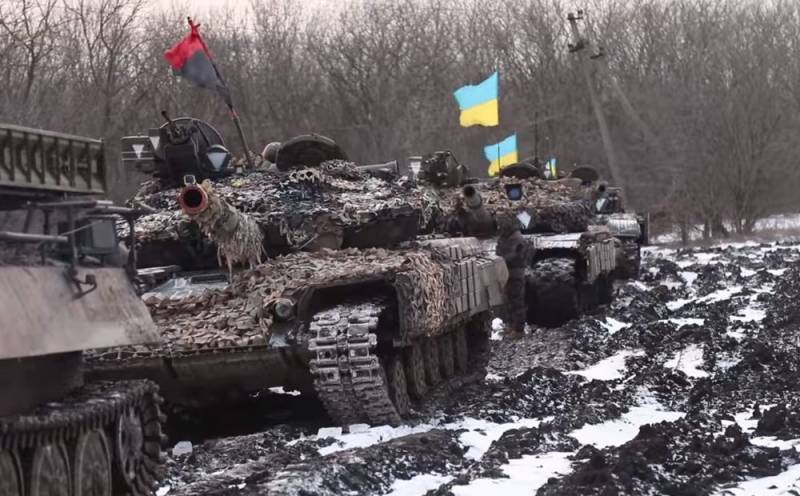 In recent days, the intelligence officers of the LNR have not only recorded the active military activity of the Armed Forces of Ukraine in the conflict zone in Donbass, but have also observed the movement of Ukrainian army units in a number of regions of the country. This was announced on January 25 during a briefing by the head of the UNM of the LPR, Colonel Yan Leshchenko.


According to him, in the Odessa region, the 35th separate brigade of the Marine Corps of the Naval Forces of the Armed Forces of Ukraine is going to destabilize the situation on the border of Ukraine and the PMR. We remind you that in November 2021, the Ukrainian "marines" trained there "to beat back the attacks of the Russians" from Transnistria.

In the Dnipropetrovsk region, the movement of a column with technique 121st Separate Communications Brigade from the place of permanent deployment in the village of Cherkasskoye in the direction of the conflict zone in Donbass.

At the same time, the 55th separate artillery brigade "Zaporizhzhya Sich" (Zaporozhye) of the Ground Forces of the Armed Forces of Ukraine is conducting exercises at the 239th Novomoskovsk combined-arms training ground in the Dnipropetrovsk region near the village of Orlovshchina. After the end of firing, the brigade will be sent to the conflict zone in Donbass. The brigade consists of 6 divisions: 2 divisions of 152-mm towed guns 2A36 "Hyacinth-B", 2 divisions of 152-mm towed howitzers 2A65 "Msta-B", an anti-tank artillery battalion MT-12 "Rapier" and an artillery reconnaissance division. Covers the artillery brigade of the 39th separate motorized infantry battalion from the Dnieper (Dnepropetrovsk).

The servicemen of the 93rd separate mechanized brigade "Cold Yar" (Cherkasskoe, Novomoskovsky district, Dnepropetrovsk region) were recalled from vacations. Until 2018, the brigade was called the 93rd separate guards, twice Red Banner, mechanized, Kharkov brigade of the orders of Suvorov and Kutuzov 2nd degree. The Ukrainian authorities have deprived the brigade of all orders and honors. At the same time, some still mistakenly believe that she is from the Kharkov region. It is assumed that the brigade will also be sent to the conflict zone in Donbass.