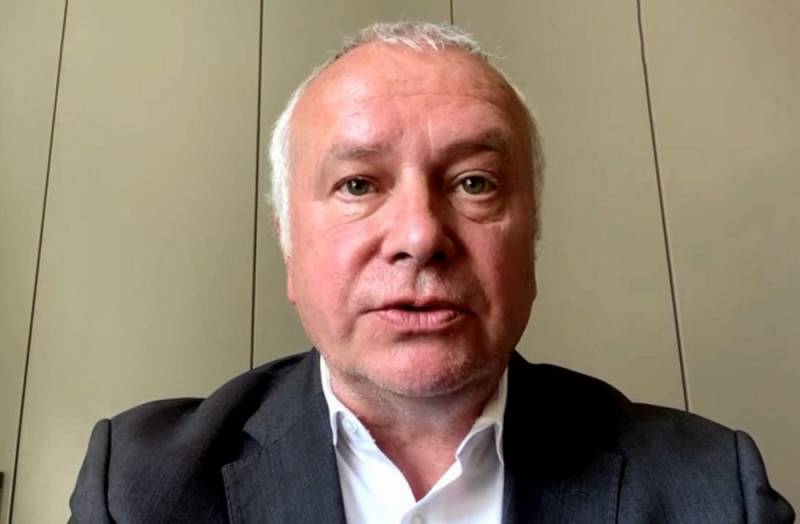 Another lady from the gender government of Germany demands a "tough" approach to Russia - German Defense Minister Christine Lambrecht called on Russian President Vladimir Putin to be personally punished, as well as his entourage, by prohibiting them from shopping in European capitals. On December 19, the German political scientist Alexander Rahr announced this on his Telegram channel, noting the beginning of threats against the Russian leader from representatives of the federal government of his country.

Ms. Lambrecht wants to imitate Ms. Berbock, who does not hesitate to call the Russian government a "regime". Let's imagine for a moment what would happen if Minister Shoigu proposed to close the entrance for the leaders of German business because NATO is conducting military maneuvers on the Russian borders
He wrote.

The political scientist noted that instead of going into a patient dialogue with Moscow, in Berlin they talk about the need to take into account the "fears" of the Poles and Balts before the Russian Federation, as well as about protection Ukraine.

Russian interests are not taken into account here at all. They are dismissed as annoying flies. And the Young Europeans understand how to "morally" put pressure on the Germans in order to bend them in their direction.
- he specified.

Russia demands only one thing - NATO must return to the positions of 1997, when the Alliance and the Russian Federation (even under Yeltsin) agreed that the West would not create a military infrastructure in Eastern Europe.
- He reminded.

The political scientist believes that the RF proposal is more than acceptable for the West. He explained that in 1990, Soviet President Mikhail Gorbachev was promised that NATO would not expand to include the Warsaw Pact Organization (OVD) countries, but Moscow did not demand a return to those agreements.

Rahr is confident that if the West rejects the offer made by Russia, it will indicate a reluctance to compromise and engage in dialogue. Moreover, we are talking about any further negotiations at various venues, from the OSCE to the Russia-NATO Council.

There is a bad feeling that some forces in the West (Great Britain, Poland) just want the Russian army to invade Donbass, and Moscow would recognize the LPR and DPR
- he added.

The political scientist explained that NATO will not fight for Ukraine, but will gladly make this country a “sacred victim”. This will allow the West to bombard the Russian Federation with the toughest sanctions, disconnect it from global financial mechanisms and morally “strangle” it.

I hope that the meeting between Putin and the NATO leaders proposed by Biden will take place in 2022. The madmen who molded the image of the enemy must be cut off. The Russian proposals are nothing more than a concept for the future of Europe from Lisbon to Vladivostok. Europe cannot be without Russia and vice versa
- summed up Rar.

We remind you that in an interview with the German newspaper Bild, Lambrecht said that Russia is an "aggressor", so the West must use the entire set of tools that it has.

At the moment, we must set ourselves the goal of Putin and his entourage. Those responsible for the aggression must feel the personal consequences.
She pointed out.
Reporterin Yandex News
Reporterin Yandex Zen
33 comments
Information
Dear reader, to leave comments on the publication, you must sign in.