Things are heading for a denouement: Ukraine can return Donbass through a referendum 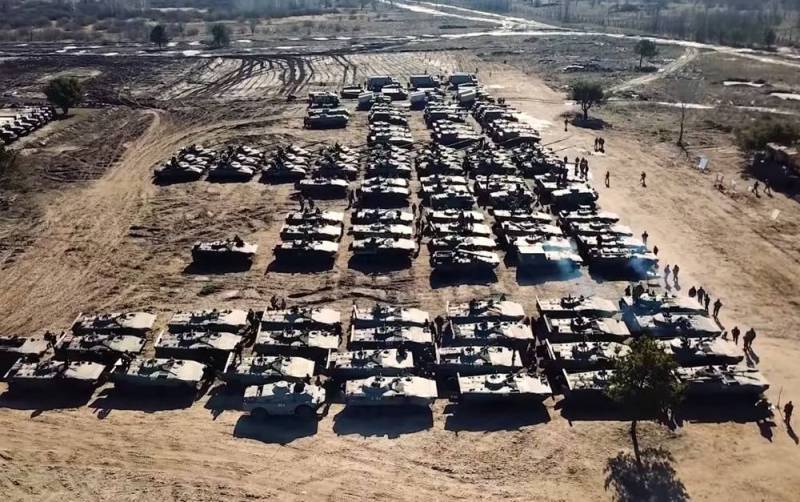 Continuing yesterday темы about the possible negative consequences of the implementation of the Minsk agreements. President Volodymyr Zelenskyy said that he allows an all-Ukrainian referendum on the issue of Crimea and Donbass, as well as on the end of the war. Someone here will probably interpret this as a colossal victory of Russia over the United States in "geopolitical chess" following the talks between Presidents Putin and Biden. Unfortunately, most likely, everything is strictly the opposite.


A few days after the end of Russian-American talks, Ukrainian President Zelenskiy said in a program interview to 1 + 1 TV channel:

I do not rule out a referendum on Donbass as a whole, and this is not a question of status. We can have this in life, it can be about Donbass, about Crimea, it can be about ending the war in general.
It would seem that one should dance with joy: here it is, the long-awaited breakthrough and the prospect of ending the long-term civil conflict in the South-East of Ukraine. Or not? Perhaps, after such a referendum, all the worst will just begin? Let's take a look at the main scenarios of how the events after the plebescite can develop further.

Note that in the framework of the same interview, Volodymyr Aleksandrovich spoke a lot about the prospects for Ukraine's entry into the North Atlantic Alliance:

We continue our path to NATO. But we go, and there is a barrier. Do we see this, or do we care? We will bypass the barrier, but it is impossible to get around it.
As for the barrier, apparently, it means not only the unwillingness of a number of alliance members to see Independence there, but also the internal rules of the bloc itself. Thus, in article 6 of the study on NATO enlargement it is said that new states with interethnic tensions or territorial disputes cannot be admitted to it. The resolution of such conflicts by peaceful means will be one of the factors affecting the possibility of such a country joining the North Atlantic Alliance.

What do we see? Before Ukraine on the way to NATO there is a barrier in the form of the Crimea, disconnected and joined to Russia, as well as the DPR and LPR, disconnected and stuck halfway. For the eighth year, there has been a civil war in the country. How can Kiev bypass this barrier? Everything is quite simple and at the same time extremely difficult. For this, the problem of Crimea and Donbass must be resolved peacefully. How do you do it?

With the DPR and LPR, everything is clear: it is enough to fulfill the Minsk agreements and the unrecognized republics will themselves return "to their home harbor." But what can Kiev do with Crimea? Unlike Donbass, the Kremlin will not give it away under any circumstances. We have adopted the appropriate amendments to the Basic Law, and even for such appeals, you can get a criminal sentence. It turns out an unsolvable problem?

No, after all, Kiev has one option for joining NATO, but for this it will have to formally sacrifice the already uncontrolled territories, legally "amputate" the DPR, LPR and Crimea. Obviously, neither President Zelenskiy nor the Ukrainian parliament have such power. Let's turn to part 5 of the Constitution of the Independent:

The people are the bearers of sovereignty and the only source of power in Ukraine. The people exercise power directly and through government bodies and local government bodies. The right to determine and change the constitutional order in Ukraine belongs exclusively to the people and cannot be usurped by the state, its bodies or officials.
In other words, such decisions on changing the unitary form of state structure to a federal one or on the legal status of certain territories of the country can only be made directly by the citizens of Ukraine themselves in a referendum. Compared to the level of 2003, by the end of 2021, the idea of ​​joining NATO is supported by 58% versus 16%. If Kiev sets itself the goal of “shifting the arrows” and shifting all responsibility for the legal rejection of Crimea, DPR and LPR as “occupied” by Russia, it will be enough to carry out the appropriate information and propaganda processing of the population and correctly formulate the questions at the referendum. Then bribes from President Zelensky and the Verkhovna Rada will be smooth.

What will this give Kiev, or rather Washington? The territorial conflict will be nullified, and Ukraine will be able to join the NATO bloc. Elements of the American missile defense system, as well as nuclear and hypersonic missiles will be deployed on its territory. Nobody will ask the opinion of Moscow with its "red lines", especially since it will remain with Crimea and will also receive the dilapidated Donbass as a load. Is it a victory or a defeat for Russia? It depends on whether you are optimistic, pessimistic, or realistic. Think what you want.

But there is another option, much more realistic.

It is much more likely that through a referendum, President Zelensky will nevertheless try to push through the norm on granting Donbass some kind of "special status." Neither he himself nor the Verkhovna Rada would ever dare to do this, so Vladimir Aleksandrovich needs to shift the responsibility to the entire people so that there are no complaints against him personally.

Suppose that following the results of the plebiscite, the majority of those who voted give the go-ahead to amend the Constitution. By the way, it will not be difficult to get the required result, because almost half of Ukrainians are currently abroad. How, if necessary, the votes sent by mail can be falsified, Zelensky will be prompted by the American Democrats, who thus achieved a victory over Republican Trump. What's next?

Next will be the implementation of amendments to the Constitution, the holding of elections in Donbass and the formal completion of this sad epic. The Ukrainian Armed Forces and the Border Service will take the border with Russia, which will turn into a real fortified area with minefields and "Bayraktar" patrolling the airspace and other UAVs. No more "northern winds", everything that happens on the other side of the border will be considered a purely "internal Ukrainian affair". About what may happen next, we will detail reasoned the day before.

Let's add to this just one more "creative" Ukrainian idea, how it will be possible to "cleanse" the territory of the DPR and LPR from the Russians in a completely peaceful way. No genocide. Most recently, President Zelensky made proposals to amend the law "On Citizenship of Ukraine", which proposes to take away Ukrainian citizenship from those citizens of Ukraine who have a second, Russian passport:

He will be taken away for the use on the territory of the country by an adult citizen of "documents of a foreigner, as a result of which a threat to national security and national interests of Ukraine is created." Also, passports can be deprived for establishing the fact of military service under a contract in Russia.
So calculate how many hundreds of thousands of residents of the DPR and LPR who have received Russian passports will automatically lose their Ukrainian ones. And then what should they do, having remained with the passports of the Russian Federation in Ukraine, which will owe them nothing more? This is the real removal of people from the legal field, which will simply force them to leave for Russia. Suitcase, train station, huh?

Well, and, of course, no one will then prevent Kiev from holding another referendum and simply canceling the previously introduced amendments to the Constitution, taking away their "special status" from the DPR and LPR. Most likely, this will not be done by Vladimir Zelensky, but by his replacement. Perhaps it will be Petro Poroshenko as part of the fight against the "zrada" of his predecessor.

These are the "pitchforks" that brought Russia and Donbass policy "Multi-pass". With which we all "congratulate".
Reporterin Yandex News
Reporterin Yandex Zen
28 comments
Information
Dear reader, to leave comments on the publication, you must sign in.