Inverse: China's hypersonic weapons will not lead to a nuclear "end of civilization" 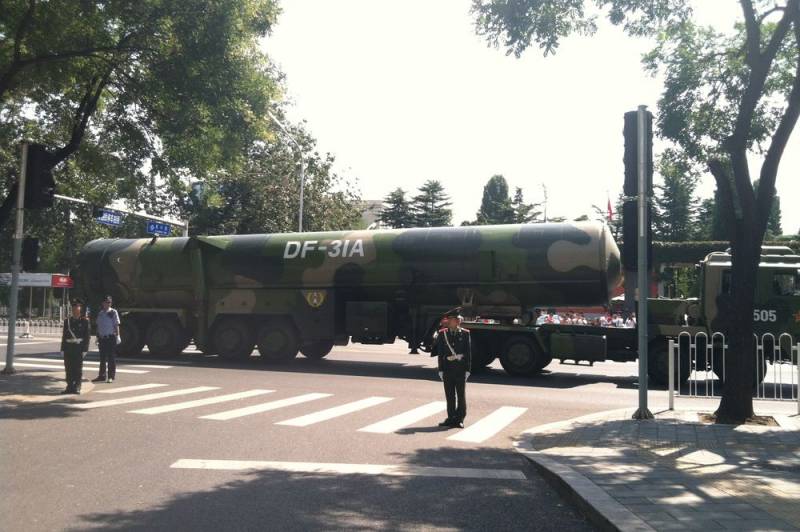 In the summer of 2021, two events took place that, according to General Mark Miley, chairman of the US Joint Chiefs of Staff, could initiate the space race and become a catalyst for a nuclear arms buildup, as was the case during the Cold War, when the USSR launched the first artificial Earth satellite. , writes the Inverse edition.


Now we are talking about test in July and August in China, hypersonic missiles that can carry nuclear warheads. In the latter case, the Chinese launched an unknown spaceplane into orbit using the Changzheng-2F launch vehicle. But the ammunition, flying at high speed, deviated from the target by several tens of kilometers.

The tests surprised members of the U.S. military and intelligence community and led some officials and analysts to suspect that China is developing an offensive missile technology - "a system of partial orbital bombardment" - capable of threatening the Americans, overcoming the missile defense system.

Should I worry? Should we care about this technology under development at all?
- the edition asks questions.

The point is that many experts do not share the alarmist claims. They believe that the Chinese tests do not mean the approach of nuclear Armageddon or "the end of civilization", unless the United States itself is determined to achieve such a result.

I know that the latest Chinese test made many people pay attention to this. But in my opinion, this still does not change the calculation of nuclear deterrence that much, if at all.
- Dana Struckman, a professor at the US Naval College for National Security and former commander of the nuclear missile wing, told the publication.

Hypersonic flight is movement at a speed of Mach 5 or more. At such speeds, the aerodynamics of the flight changes significantly. Modern hypersonic research differs from intercontinental ballistic missiles or spacecraft in that it focuses on stable, controlled flight at tremendous speed in the atmosphere. This really makes it difficult for an interceptor missile to intercept (the detection time is reduced), but this is not critical.

Hypersonic speeds were first thought about in the first half of the 30th century. Then, in the 40s and XNUMXs, French and Russian scientists studied technologies for creating hypersonic engines. All these years, scientists around the world have gradually advanced in this matter and the Chinese tests did not become a breakthrough.