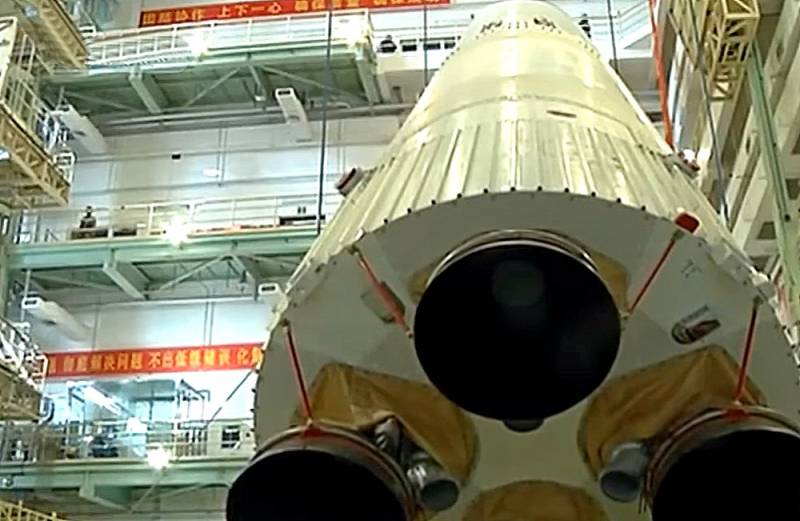 On October 27, the US military officially confirmed that the Chinese tested a sample of their "global weapon" two months ago. American functionaries "trumpeted" the growth of China's military might, but Russian experts came to the conclusion that this was an old development from the Soviet era.


Russian political scientist, orientalist, specialist in the military-industrial complex of the PRC Vasily Kashin told the newspaper "Sight"that Beijing, by testing a hypersonic missile that can carry a nuclear warhead, showed the planet the level of development of its technological capabilities.

We're talking about a prototype global weapon that China has been working on for a long time. It is based on a small unmanned shuttle project called Shenlong (Dragon space plane, Project 921-3 - ed.). This is a Chinese scaled-down analogue of the American Boeing X-37 reusable unmanned spacecraft.
- explained Kashin, who works at the Higher School of Economics.

He explained that Technology the Chinese have already worked, including deorbiting. The Chinese are launching the spaceplane into orbit using the Changzheng-2F launch vehicle. Kashin also noted one of the main differences between the Chinese "hypersound" from the Russian strategic missile system "Avangard". The Russian Avangard travels most of the way in the atmosphere, which makes it less vulnerable to missile defense.

The expert stressed that the new Chinese weapon can be compared with the Soviet strategic missile R-36orb. It launched its warhead into orbit, it moved there without limitation in range, and then left orbit and hit the desired target.

I will note that our country was the first and so far the only one in history to adopt an orbital bombardment system, moreover, back in 1968.
- pointed out Kashin.

In turn, the ex-head of the anti-aircraft missile forces of the Special Forces Command of the Russian Air Force, reserve colonel Sergei Khatylev, told the publication that the Chinese hypersonic missile was made on the basis of a Soviet development of the 70s of the twentieth century. The Chinese took the structural elements and the power plant (D-30K turbojet engine). But on tests, the rocket deviated from the target by 32 km.

China has the ability to create a full-fledged hypersonic missile. But there are potential and real opportunities. I assure you that it will take ten years before the experimental launches and serial production of this rocket.
- assured Khatylev.

In his opinion, the concern of the Americans is premature and it is simply inappropriate to compare the arsenals of the United States and Russia with the PRC. He added that the Americans are capable of creating and adopting analogs of the hypersonic missiles available to the Russian Federation in two or three years.

But we are ahead of the curve. Especially in the creation of gliders ... Such missiles maneuver in all planes. There have long been techniques for shooting down a rocket that flies in a straight line at high speed. And to shoot down a rocket that maneuvers in three planes is much more difficult.
- said Khatylev.

He summed up that Beijing's missile program has never been a secret to Washington and Moscow. The Americans are simply showing off, praising a potential adversary so that the Chinese lose their vigilance.
Reporterin Yandex News
Reporterin Yandex Zen
5 comments
Information
Dear reader, to leave comments on the publication, you must sign in.