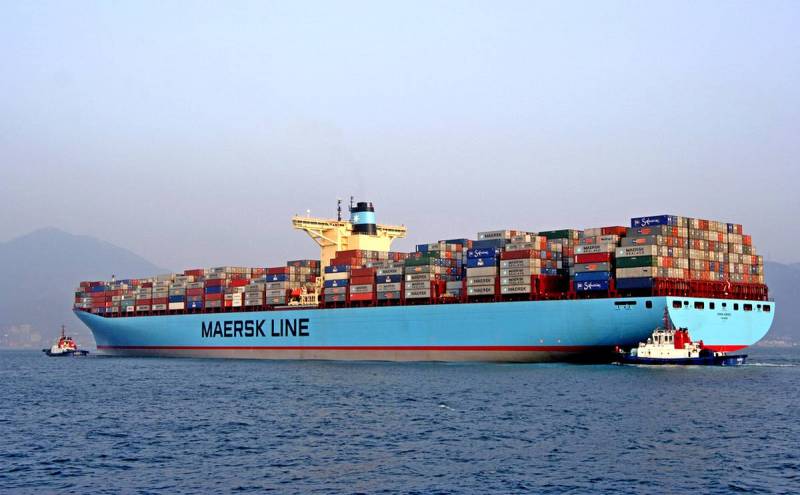 One of the world's largest logistics companies AP Moller-Maersk Group from Denmark (headquartered in Copenhagen), specializing in container shipping, has decided to increase its cargo traffic through Russia. Now containers with various products from Asia will enter Europe via a new route bypassing the Suez Canal. The carrier clearly did not like it "adventure" container ship Ever Given (of Evergreen Line) in Egypt at the end of March 2021 and he decided to play it safe.


First, containers from the Asia-Pacific region will be delivered by sea to the port of Vostochny (Primorsky Territory). Then, by the railways of the Russian Federation, they will be delivered to the port of Novorossiysk (Krasnodar Territory), and from there they will be transported by ships to the Eastern Mediterranean. Since the new transcontinental business promises a profit for the Danes, due to the halving of travel time, it is assumed that the transportation will be weekly.

On May 25, the Far Eastern Customs Administration posted on its website information that the first 247 containers had already been cleared by the Nakhodka Customs. The containers contain auto parts and polypropylene, which are to be delivered to customers from Turkey.

Delivery time by rail between Russian ports is 12 days. The total transit time from the port of departure to the port of arrival is 25-30 days, while with the traditional sea route through the Suez Canal 40-45 days
- noted the first deputy head of the Nakhodka customs Yuri Kishinsky.

We remind you that in 2019 the mentioned Danish company launched a similar route between the Russian ports of Vostochny and St. Petersburg. Since the beginning of 2021, 1986 containers have been transported along it.
Ctrl Enter
Noticed oshЫbku Highlight text and press. Ctrl + Enter
Reporterin Yandex News
Reporterin Yandex Zen
14 comments
Information
Dear reader, to leave comments on the publication, you must sign in.