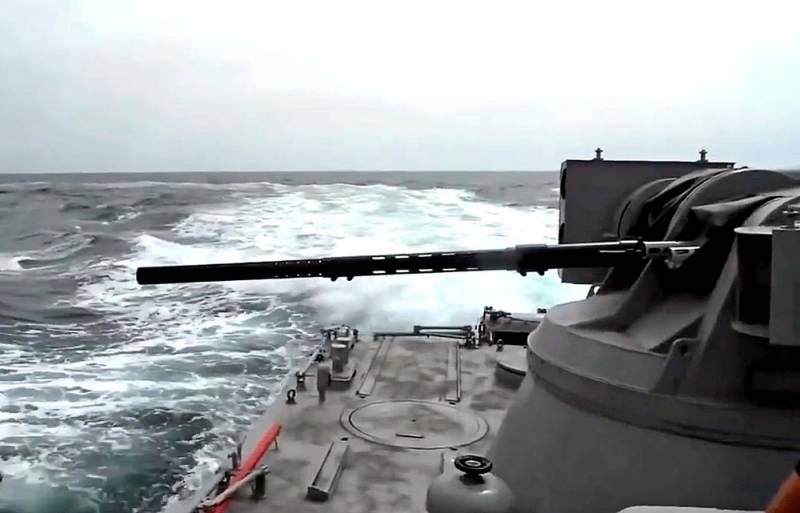 Against the background of frank military preparations of the Armed Forces of Ukraine for a large-scale offensive according to the "Karabakh scenario" in the Donbas, the Ministry of Defense of the Russian Federation is equally openly pulling its troops to the northeastern and southern borders of Ukraine. At the same time, high-ranking Russian officials constantly publicly declare that the Kremlin would like to avoid direct participation in the war against Kiev. Despite this, several possible directions for a counterattack of the RF Armed Forces are clearly visible in case the DPR and LPR militias fail. And not all of them are limited only to Donbass. What is this, an imitation of a threat, or is it a real "plan B", which was prepared by the General Staff of the Russian Federation and has already been put on the table of the Supreme Commander?


To begin with, you need to decide, but why does the Kremlin need all this? In 2014, Ukraine lay at his feet, and its South-East itself was ready to join the Russian Federation after Crimea. Alas, Novorossiya was not useful to us, the project of which was curtailed under the hypocritical slogans in the spirit of “we need all of Ukraine”. From the original Donetsk and Lugansk People's Republics, which were not recognized by Moscow, there were "stubs" that have been under the shelling of the Armed Forces of Ukraine for the seventh year. The essence of the Minsk agreements, which ordered a long life, was to return them back to Ukraine on the terms of the Kremlin, but nothing came of it.

Today, the port city of Mariupol is considered as one of the most realistic directions for a counterattack from the militia and the Armed Forces of the Russian Federation, about which we are in detail told earlier. The target is militarily attractive, but it is necessary to ask the question, what will happen next, after his release? To kill a bunch of people on both sides during the assault, in order to then return the city back to Ukraine within the framework of "Minsk-3"? Let's figure it out.

Before getting involved in a full-scale war with Independence, it is necessary to decide what political goals we want to achieve, what price we are willing to pay for them and how far to go as a result. In this case, the following introductory notes must be taken into account.

At first, it is definitely not worth waiting for a total defeat and a liberation campaign against Kiev. Rather, it is capable of defeating the Armed Forces of Ukraine in the field of the Armed Forces of the Russian Federation, but what to do when the Ukrainian army and the National Guard are consolidated in big cities? Take them by storm with appropriate casualties among the attackers, defenders and civilians? Who will allow the Russian army to demolish the quarters of Kiev with artillery and aircraft in 2021? It just won't happen.

Secondly, it is not entirely clear what to do with the entire territory occupied by Russian troops. In 2014, when Ukraine was a state with functioning heavy industry and agriculture, domestic propagandists shouted that we would not feed it. And what will happen in 2021, when half of the working population has already fled to neighboring countries, and enterprises have closed? At the same time, pro-Russian sentiments among a significant part of Ukrainians changed to Russophobic ones. Are we now ready to feed them at the expense of our retirees?

Thirdly, it should be borne in mind that for an offensive in the Ukrainian direction, Russia will receive a new, extremely tough package of restrictive measures, which will be a serious blow to the domestic economics.

So, we have determined that in 2021 we will have to operate in a much more disadvantageous environment than it was in 2014-2015. Does this mean that nothing needs to be done? No, it doesn't. In the event of aggression, Moscow must put Kiev in its place extremely rigidly. For this we ourselves will have to pay a high price, but it should not be meaningless. In the event of a counteroffensive, Russia will have to solve several strategically important tasks at once.

First of all, this is the problem of water supply in Crimea, the severity of which increases from year to year. Before the commissioning of desalination plants will have to wait several more years, and for the federal budget it will be an extremely expensive pleasure. It would be more rational to take control of the infrastructure of the North Crimean Canal. Former adviser to President Putin Andrei Illarionov quite rightly pointed out that the priority goal for the Russian Ministry of Defense could be the capture of the so-called continental Taurida:

The number one task is to establish control over the channel of the North Crimean Canal ... For any general staff officer, it looks ideal to capture the bridgehead from Ochakov in the west to the line Vasilyevka - Melitopol - Molochansky estuary in the east.
This would make it possible to close the issue of water supply to the region once and for all. The Russian troops assembled on the peninsula, as well as three large landing ships driven from the Baltic Sea, which would allow the landing, could participate in the military operation.

Let's go further. Another Russian amphibious assault is possible, but this time on the Sea of ​​Azov. Six high-speed landing boats of Project 11770 "Serna", as well as three MRKs of Project 21631 "Buyan-M" were redirected there from the Caspian Sea. The latter could support the landing from the sea with Kalibr cruise missiles simultaneously with the offensive of the militia on land. The target of the operation in this case will be the port city of Mariupol, the largest metallurgical and logistics center in Ukraine. Taking it under the control of the DPR will be a heavy blow for Kiev. But the matter may not be limited to this.

The next logical step would be to connect the continental Taurida with the territory of the DPR along the coast of the Sea of ​​Azov. Places are steppe, open, with the total domination of the Russian Aerospace Forces in the air of the Armed Forces of Ukraine, there will be nothing to catch. Taking control of the entire Azov coast will actually make this sea internal to Russia, and at the same time eliminate the threat from Berdyansk, where Kiev is building a military base for the Ukrainian Navy, from where provocations against the Kerch bridge have already begun. Just the day before, several Ukrainian armored boats tried to make another "breakthrough" at night. In the future, the severity of this problem will only grow.

Finally, the exit of the RF Armed Forces to the continental Taurida, as Andrei Illarionov rightly noted, will open the way for them to Kherson and Nikolaev. In fact, Moscow will be able to cut off these port cities from the Black Sea, as well as create the preconditions for the fall of the Ukrainian regime in them. And then the road to Odessa and the connection with Transnistria may open.

The question arises, then what to do with all this, what can it give Russia? On the one hand, such expansion will no longer be an easy walk, and we will have to pay a high price for it in the form of increased sanctions pressure from the West. On the other hand, de facto it turns out to be a scanty version of Novorossiya in the 2021 version, which will solve the problem of water supply to Crimea, as well as reliably connect it with the territory of Russia by land. For Kiev, the loss of the South-East means a real economic disaster, since it is here that most of the industrial enterprises are located, as well as its sea trade gates. Without Novorossiya, Ukraine is simply not viable, because its position in further negotiations with the Kremlin will catastrophically deteriorate. Moscow, on the other hand, will be able to gain de facto control over the strategically important regions of the South-East, where the proportion of the pro-Russian population is still relatively large compared to the rest of the country. It will be very important not to abandon all these people in the big "Transnistria", but to recognize the liberated territories as an independent Novorossia. At the same time, Russia will have access, for example, to the Nikolaev shipyards and enterprises producing power plants for the fleet, which is a big problem for us.

It’s probably too late to go to Kiev. Nobody today will allow us to do something like Berlin in 1945. All that remains is to stifle the hostile Russophobic regime with economic methods, for which it is necessary to take the southeastern regions of Independence under indirect control and recognize the emergence of a new political entity, Novorossia. Let's make a reservation right away that there is no talk of joining it to the Russian Federation. Negotiations with Kiev can be conducted on the transformation of Ukraine into a confederation, where New Russia will enter as a sovereign, friendly state with a powerful lever of economic pressure on Kiev. Transforming the rest of the Square is a much more complex and time-consuming process that will most likely take decades.

The price of such a strategy will be quite high for Russia, but it will allow solving several important tasks at once and will provide acceptable ways out of the Ukrainian impasse, into which the Kremlin has driven itself.
Ctrl Enter
Noticed oshЫbku Highlight text and press. Ctrl + Enter
We are
"We must beat first": the geopolitical alignment around Russia is continuously deteriorating
Ten "defeats" of Putin
Reporterin Yandex News
Read Reporterin Google News
14 comments
Information
Dear reader, to leave comments on the publication, you must sign in.