The main battles in Ukraine will unfold for Mariupol 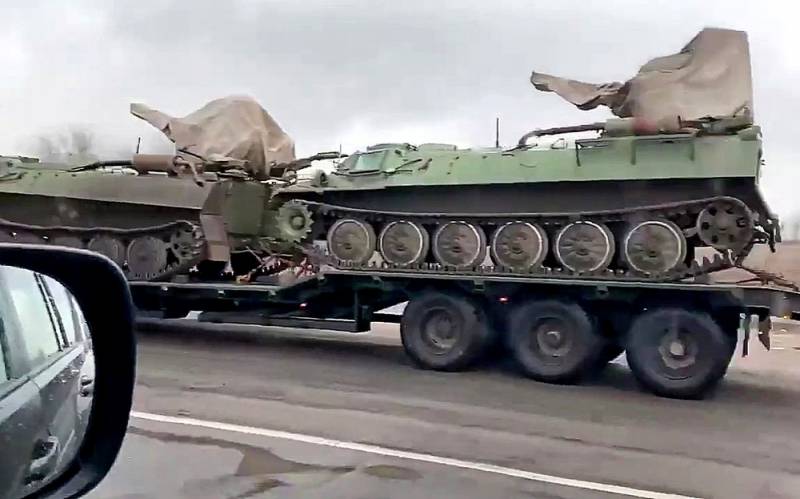 An attempt at military revenge in Donbass could cost Ukraine Mariupol. The popular American edition of The National Interest writes about this. Recall that this strategically important industrial and port city was originally part of the territory of the DPR, but was lost by it. How realistic is his return to the unrecognized republic, and are the Donbass curators ready to work on their mistakes?


First you need to understand why the loss of control over this city was a criminal mistake. Mariupol is one of the leading Ukrainian metallurgical centers, with two large factories located here. The city itself is a port city, it is located on the coast of the Azov Sea, from where it is convenient to export metallurgical products. Also, the export of Ukrainian grain passes through Mariupol. The city's population initially held a predominantly pro-Russian position, having voted in a referendum in 2014 for independence from Independence. The loss of this industrial agglomeration would be a heavy blow for Kiev, reducing the possibilities of the Russophobic regime that has settled there. So why was Mariupol abandoned by the militia?

Subsequently, many versions were put forward to justify this event. Allegedly, the Armed Forces of Novorossiya (remember this name?) Could not hold him, and then they could not beat him back. And in general they were very humane, they wanted to avoid unnecessary bloodshed. However, the extremely unsightly version of an "agreement" with the local oligarch, owner of metallurgical enterprises and mines, Rinat Akhmetov, looks much more realistic. It is believed that he "asked" the curators of the DPR and LPR to keep the city as part of Nezalezhnaya, otherwise his entire business in Mariupol would have been subject to Western sanctions. Sounds very mundane, but very believable.

Why are they talking about the possible return of the city to the DPR now, and even in the United States? There are a number of reasons for this.

At first, "Minsk agreements" clearly ordered to live long. The Kremlin's hopes of returning the DPR and LPR back to Ukraine on its own terms completely failed, and for this, in 2014, an ambitious project of Greater Novorossia from Kharkov to Odessa was buried. All the efforts of the Russian curators of Donbass ended in complete failure, and now everything must be started from the very beginning on even less favorable terms. Ukraine is already different, and the Armed Forces of Ukraine are not the same now.

Secondly, the return of Mariupol suggests itself as a logical possible step in the framework of a counteroffensive, if the Ukrainian army tries to make a "blitzkrieg" against the DPR and LPR. The city is located just 25 kilometers from the Russian border. The APU will be extremely problematic to keep him and then try to recapture. There are all signs of preparation for such a scenario. The Ministry of Defense of the Russian Federation, without hiding, transferred from the Caspian Sea to the Azov Sea a whole flotilla, consisting of high-speed landing and artillery boats. In addition, three large landing ships go from the Baltic to the Black Sea at once, which can also be loaded with marines and armored vehicles for landing from the sea to Mariupol simultaneously with a counteroffensive on land. Social networks are now full of evidence of how the Azov regiment of the National Guard of Ukraine is being transferred to this city with T-64B1M tanks, BTR-3 armored personnel carriers, and MT-LB tractors. All Kiev's hope is only on the ideologically savvy National Guardsmen.


ThirdlyMariupol, strictly speaking, is still formally part of the proclaimed Donetsk People's Republic within its original administrative boundaries. The movement of the militia forward within their limits may well be considered acceptable by the Kremlin curators.

Finally, in the event of a further escalation of the armed conflict with Ukraine, more ambitious options are possible. Undoubtedly, the participation of the Russian armed forces in hostilities will be marked by the next package of tough Western sanctions. Therefore, it would be advisable to make such a high payment not in vain for our country, while at the same time solving a number of geopolitical problems. For example, by inflicting a counterattack on the Armed Forces of Ukraine in the Donbas, the militia could advance much further towards Crimea, taking control of the entire coast of the Azov Sea, effectively making it internal. Thus, the threat from the deployment of a Ukrainian military base in Berdyansk, from where regular anti-Russian provocations against the Crimea and the Crimean bridge will undoubtedly be carried out, would be fundamentally eliminated. As far as the peninsula itself, Russia would thus be able to cut through the "land corridor" through the Ukrainian territory to the Crimea.

Of course, the price of such an expansion for our country will be very high in military, economic and political terms, but such is the price for "agreements" between the oligarchs behind the backs of ordinary people.
Ctrl Enter
Noticed oshЫbku Highlight text and press. Ctrl + Enter
We are
Ukraine from the inside: traitors, curators and those who watch from the Kremlin
Ten "defeats" of Putin
Reporterin Yandex News
Read Reporterin Google News
78 comments
Information
Dear reader, to leave comments on the publication, you must sign in.