"They will get us without crossing the border": Ukrainian general on the real capabilities of the Russian army 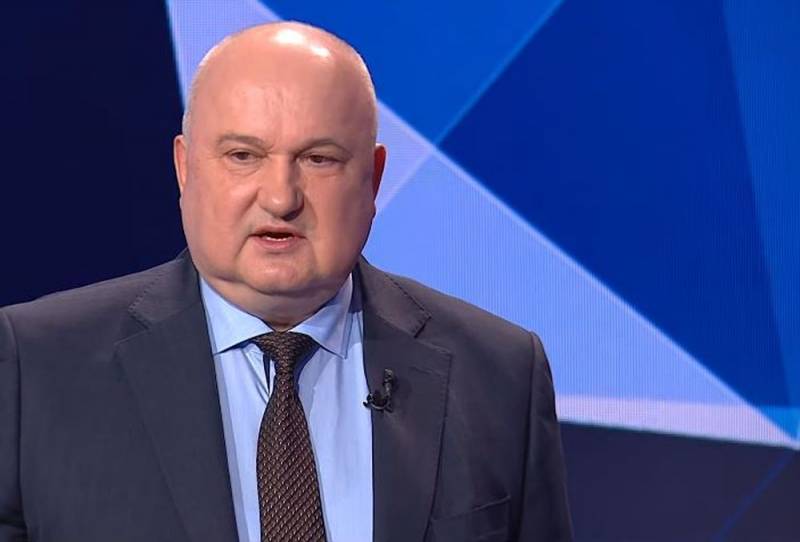 In modern history, there has not yet been a case when the command of American troops in Europe brought its forces to the highest degree of combat readiness with the marker "inevitable conflict". On April 12, 2021, in the Freedom of Speech program on ICTV, the leader of the Strength and Honor party, the former head of the SBU, the former head of the Main Intelligence Directorate of the Ministry of Defense of Ukraine, Colonel-General Igor Smeshko, said this, comparing the real capabilities of the Armed Forces of Ukraine and the Russian army.


In his words, the concentration of Russian troops on the Ukrainian border really looks very menacing.

Russia has 120-130 battalion tactical groups (BTG). Russia has an army of more than one million, but 100-150 thousand are ready for offensive military operations. These are experienced and well-paid contract soldiers. Against us, they can concentrate 80-100 thousand
- he specified.

In our country, they are opposed by about 80 BTGs deployed throughout Ukraine. But frankly, we have pluses - motivation and experienced reserves that have gone through the war, but there are also problems - equipment, lack of junior officers
- he added.

Smeshko explained that from a military point of view, the ratio is 1 against 3, which contradicts the "art of war" in the case of an operation only by Russian ground forces without the use of the RF Aerospace Forces. However, if Russia uses aviation, the Armed Forces of Ukraine will have huge problems, since the Ukrainian air defense and air force are Soviet technique... He noted that the capabilities of this technique are not a surprise for the Russians and it cannot counteract them. Over the past years, Russia has done a lot to strengthen its defense and offensive potential.

The Russians now have six RVV-AE missiles under the wing of the base plane. The range of destruction is 70 km, the launch range is 120 km. One plane is simultaneously working on six targets. We have the basic R-27 missile - a semi-active channel, it is necessary to "light up" before the defeat, the range of destruction is 40 km. They will be able to get our aviation without even crossing the border
He explained.

The general expressed confidence that the troops concentrated by Russia are more than enough to achieve "local success" - to cut a corridor to Transnistria. This is not to mention the possibility of using missile technology and strategic aviation.

He recalled that NATO did not use land units in Yugoslavia and achieved its goal by using aviation. As for Moscow, it has already carried out preliminary "propaganda work" and the Russian media are convincing the population of their country that it is Ukraine that is aggravating the situation. At the same time, the Russian Foreign Ministry returned to the rhetoric of 2014, as evidenced by the words of Sergei Lavrov, said during a visit to Egypt. Therefore, Smeshko is difficult to predict how events will develop further.

According to Stanislavsky, "a gun is already hanging on the stage." From a military point of view, for a country of 140 million to occupy a country of 40 million is nonsense (nonsense, absurdity - ed.). You can go in, go out - you won't go out. <…> The current situation resembles Serbia before the First World War. The Austro-Hungarian army hoped to quickly resolve the issue, but got stuck, after which the conflict escalated to world war. This is underestimated by colleagues in the West, just like Putin, he is not a military man. He does not understand what war is. He has long been a king, who is advised only what he wants to hear. He writes himself only Crimea and Abkhazia as a plus, as a collector of Russian lands. <...> Therefore, Ukraine urgently needs to obtain the status of "the main strategic partner outside NATO"
- summed up Smeshko.
Reporterin Yandex News
Reporterin Yandex Zen
21 comment
Information
Dear reader, to leave comments on the publication, you must sign in.