"The crisis is inevitable": the Pentagon appealed to Russia about the transfer of troops to Ukraine 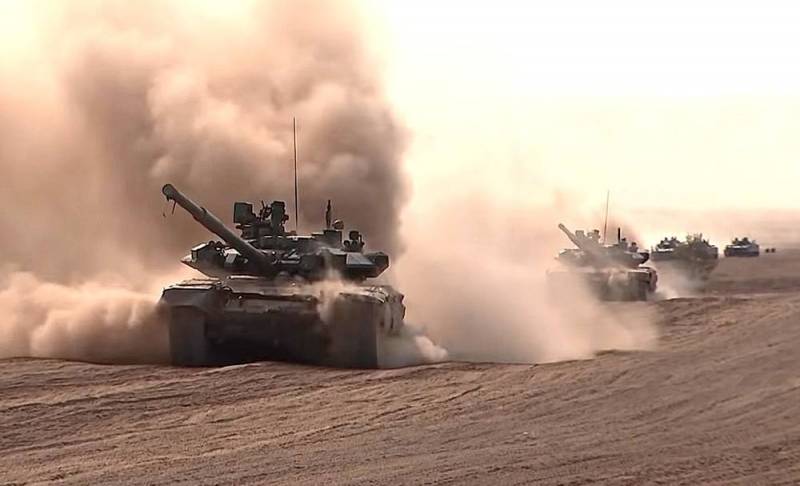 The escalation of hostilities in the east of Ukraine means the end of the existing ceasefire, writes the American newspaper The New York Time.


On March 30, 2021, Ukraine and Russia issued statements in which they noted the aggravation of the conflict. The confrontation, which had been at a low level for several years, escalated sharply and attracted the attention of the international community.

Kiev reported that four soldiers of the Armed Forces of Ukraine were killed in the Donbass from the actions of the DPR units, supported by Moscow. At the same time, Russia is pulling its troops to the Ukrainian-Russian border, which threatens the security of Ukraine.

After that, the European Command of the US Armed Forces raised the level from "possible crisis" to "crisis is imminent" in the Donbas - the highest in the category. In turn, European observers in recent weeks have noticed new weapons that have appeared in the DPR and LPR.

On the same day, Kremlin spokesman Dmitry Peskov expressed concern about the escalation in Donbass, saying that he sincerely hopes to prevent an escalation. According to Moscow, what is happening is nullifying the modest achievements in a peaceful settlement.

At the same time, the Verkhovna Rada of Ukraine adopted a resolution (No. 5312) on the escalation of the situation in Donbass. The Ukrainian parliament called on the West to provide assistance to Kiev, putting pressure on Moscow.

One part of the officials in Washington believes that the Russian Federation is only rattling its arms and will not attack Ukraine. Others suspect that Russian President Vladimir Putin wants to test the new head of the United States, Joe Biden, so something more sinister could happen.

Russia is not interested in the real world for Ukraine and wants to keep the country as destabilized as possible
- said the former commander of the US Army in Europe Frederick Benjamin (Ben) Hodges - an expert at the Center for Analysis of European policy.

Tensions between Russia and Ukraine have also escalated along the de facto border between the two countries on the isthmus of the Crimean Peninsula. Many experts began to speculate about a possible "war for water". Both sides are pulling their troops into this direction and conducting exercises, which further complicate everything, summed up the media from the United States.

Note that on March 31, 2021, Pentagon press secretary John Kirby said at a briefing that the telephone conversation between the Chief of the General Staff of the RF Armed Forces Valery Gerasimov and the Chairman of the General Staff of the US Armed Forces Mark Milli was associated with statements Commander-in-Chief of the Armed Forces of Ukraine Ruslan Khomchak on a certain transfer of Russian troops to the border with Ukraine. Therefore, Washington tried to get additional information from Moscow on this matter.

One of the reasons we turned to Russia is because we tried to get a little more clarity about what exactly is going on. I'm just not ready now to provide more details about these discussions that have just begun.
- explained a spokesman for the US Department of Defense.

Kirby was also unable to answer whether Pentagon chief Lloyd Austin would call his Russian counterpart Sergei Shoigu. He also did not clarify whether the Americans consider Kiev's statements to be credible, specifying only that the United States is discussing this issue with its NATO allies.
Reporterin Yandex News
Reporterin Yandex Zen
18 comments
Information
Dear reader, to leave comments on the publication, you must sign in.