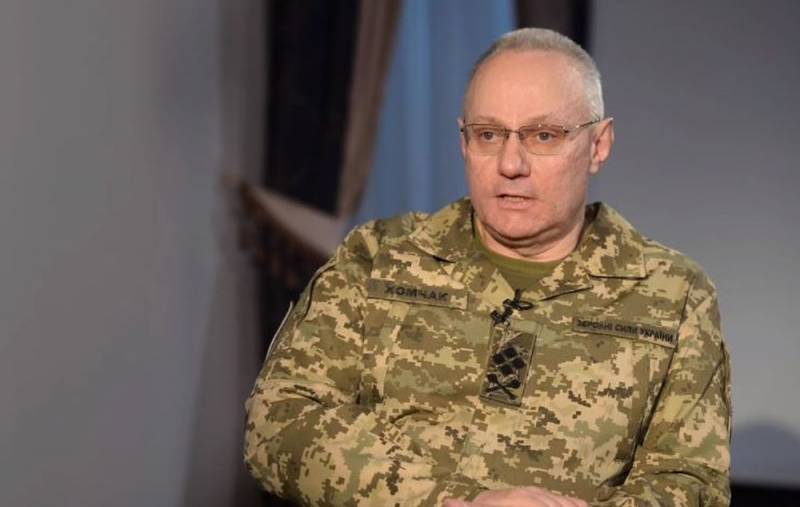 On March 30, 2021, the Commander-in-Chief of the Armed Forces of Ukraine, Colonel-General Ruslan Khomchak, announced that Russia was pulling its troops to the borders of Ukraine. This statement was made by the Ukrainian military leader during his speech at an extraordinary meeting of the Verkhovna Rada of Ukraine, dedicated to the death of four servicemen in Donbas on March 26.


The representative of the Ministry of Defense of Ukraine reported to the parliamentarians his vision of the situation at the front. He specified that Russia is strengthening its forces in the northern, southern and eastern directions. In his opinion, this threatens the national security of Ukraine.

Recently, from different regions of the Russian Federation, under the guise of maintaining combat readiness and general preparation for the future joint strategic exercises "West-2021" (Russia and Belarus - ed.), The RF Armed Forces are gradually building up troops
- said a member of the NSDC of Ukraine in parliament.

As of March 30, along the entire state border of Ukraine, in the temporarily occupied territories (Donbass - ed.) And in Crimea, there are 28 battalion tactical groups of the enemy. Reinforcements are expected, plus another 25 BTGs
- added Khomchak.

As for the dead soldiers of the Armed Forces of Ukraine, Khomchak told a story that seriously different from the one that was announced before at the headquarters of the JFO. According to Khomchak, the Ukrainian military did not die because of the shelling from the DPR from mortars, grenade launchers and machine guns. Allegedly, it was a group of sappers of the Armed Forces of Ukraine, which conducted mine clearance near their positions and died as a result of enemy sniper fire. After that, Khomchak called on the people's deputies to condemn the "actions of Moscow" in the Donbass.
Reporterin Yandex News
Reporterin Yandex Zen
3 comments
Information
Dear reader, to leave comments on the publication, you must sign in.