What are the unprecedented frosts in Russia and the USA talking about? 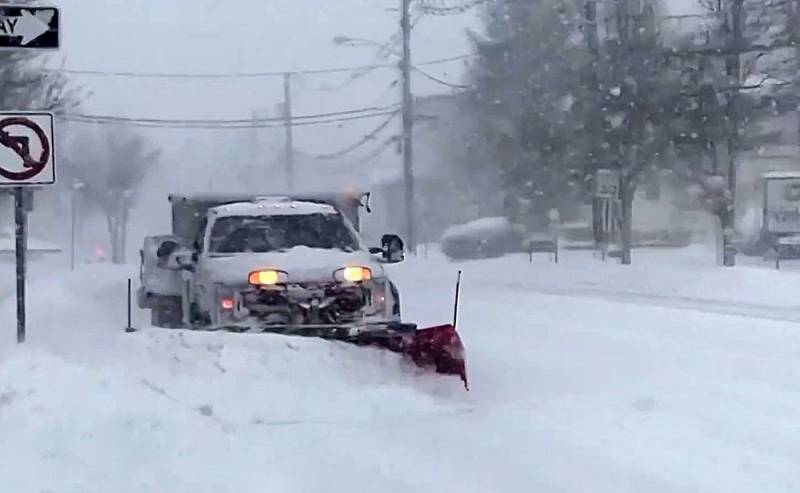 There are many theories to explain climate change. The factors influencing it include solar activity, the World Ocean, volcanism, and even climatic memory. The role of the anthropogenic factor, that is, the economic activity of mankind, is the most controversial. However, 2020 and 2021 could be turning points in this matter.


Against the background of the last surprisingly warm and mild winter, this one turned out to be unusually tough. Abnormal cold weather is all over our hemisphere. In Russia, the temperature in places dropped by 7-9 degrees below normal, which is caused by the movement of cold air masses from the northeast. The southernmost regions of our country, the Kuban and the Crimea, are covered with a half-meter layer of snow.

The Arctic cold, having passed Russia, invaded the traditionally warm countries of Southeast Asia. In Vietnam, unprecedented snow fell, the temperature in some places dropped to minus 3 degrees, the death of animals unusual for this was noted. It is also abnormally cold in China, South Korea and Japan. LNG prices there are now setting real records as the population tries to warm up.

It is also cold now in the Old and New Worlds. In Europe, where the gas transportation infrastructure is well developed, there are at the same time nuclear power plants, gas pipelines, LNG terminals, coal-fired generation and “green energy”, they are coping with the problem quite successfully. However, the reserves of "blue fuel" in underground storage facilities are rapidly depleting, and tankers with LNG, except for the contracted ones, have gone to Asia, where prices for it are higher. Due to cold weather and icing, generation from alternative sources decreased, which led to a noticeable increase in the cost of electricity.

But the USA, or rather, their southern states, which were not completely ready for this, suffered most noticeably from the invasion of the Arctic cold. Millions of residents were left without electricity and heating in houses that were not adapted to such a temperature regime, pipes burst in places, power lines were cut off from gusts of wind. In oil-rich Texas, production of "black gold" fell, half of the wind turbines are idle with icy blades. Read more about unexpected problems of the "hegemon" we told earlier.

And now we get to the fun part. Apparently, the previous "coronavirus" 2021 is to blame for the problems of early 2020. Rather, we ourselves.

It is well known that climate change is influenced by such types of our economic activities as agriculture, animal husbandry, deforestation, combustion of hydrocarbon fuels, etc. As a result, greenhouse gases are emitted, and infrared radiation from the earth's surface increases. Together with other factors, anthropogenic causes climate changes that can no longer be denied or ignored.

And here the most curious thing happened. The coronavirus pandemic in 2020 has caused large-scale restrictions on the economic activities of mankind across the planet. The volume of industrial production and extraction of natural resources fell sharply, air transport links between the countries were almost interrupted for a long period, people stayed at home, and used less public and private vehicles. This instantly led to a reduction in harmful emissions into the atmosphere. It would seem that this is worth celebrating?

Yes, but Greta Thunberg's dream come true has its downside. If I can put it that way, nature "adapted" to the growing anthropogenic factor, responding to it with a gradual increase in temperature on Earth. But a one-step sharp decrease in this negative impact, so to speak, introduced an imbalance into the single ecosystem of the planet. How it worked, explained in an interview with the publication Gazeta.ru climatologist Sergey Nikanorov:

If we are talking about cold, then the theory of global warming also speaks about it. In particular, the opening of the "window" from the Arctic, which takes place in January or February. Due to the acceleration of climate change, cyclones pass in such a way that they cause extreme cold.
According to him, changes in the concentration of CO2 in the atmosphere disrupt the usual circulation of heat and energy. The system reacts to this, for example, by abnormal precipitation in the form of snow or rains where no one is ready for them. The warm winter of 2019-2020 was a consequence of the global warming process, and the unusually cold winter of 2020-2021 could be caused by a sharp imbalance. Nature opened the very "window" from the Arctic, from where the cold calmly moved to where no one was ready for it, causing a real collapse in the United States and Southeast Asia.

No, no one is calling on more and more actively to pollute the atmosphere, on the contrary. The unique situation of the "pandemic" and the resulting restrictions on economic activity clearly demonstrated how much humanity affects the environment, as well as what kind of response can be. Climate change is happening literally before our eyes, and there are very gloomy forecasts, up to the shift of the usual seasons and the transformation of terrible natural disasters into a routine.

There is something to think about.
Ctrl Enter
Noticed oshЫbku Highlight text and press. Ctrl + Enter
We are
Warm and unstable. What winter can Russians expect?
Climate scrap: what brings Russia a change in familiar weather
Reporterin Yandex News
Read Reporterin Google News
46 comments
Information
Dear reader, to leave comments on the publication, you must sign in.