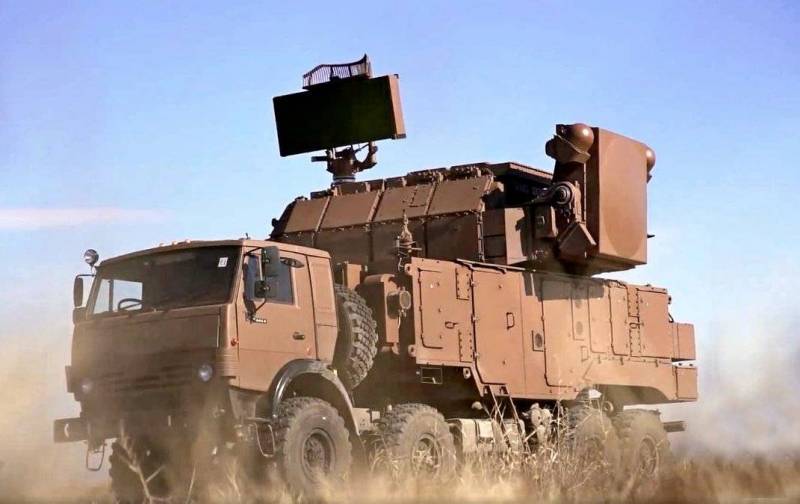 A short video of the combat use of the Tor-M2KM air defense system by the Armenian military in Nagorno-Karabakh in the fall of 2020 appeared on the Web. The frames show how the missile defense is launched.


The caption to the video says that the ammunition hit an Azerbaijani drone. However, there is no such thing on the video itself, i.e. there is no evidence of destruction. Thus, it is not known where the missile launcher flew.


At the end of the plot, a photograph of the allegedly shot down drone is attached. But there were no drones of this design in service with Azerbaijan.

Judging by the wreckage, this is definitely not a Turkish Bayraktar TB2 or an Israeli kamikaze drone IAI Harop. Probably, we are facing an American MQ-9 Reaper, as there are characteristic features on the wreckage. Most likely, he was shot down in Yemen. From this we can conclude that the photo was attached to the launch video for solidity.

It should be noted that in 2019, 6 Tor-M2KM units were delivered to Armenia from Russia. At the end of 2020, the same amount was allegedly delivered. But the exact number of these air defense systems in service with Yerevan is unknown.

However, the Armenian military themselves claimthat in the first 15 days of fighting alone, the Azerbaijanis destroyed 4 Tor-M2KM units out of 6 available at that time. We remind you that the last exacerbation lasted 44 days (from September 27 to November 9) and ended with the signing of a trilateral agreement.
Reporterin Yandex News
Reporterin Yandex Zen
3 comments
Information
Dear reader, to leave comments on the publication, you must sign in.