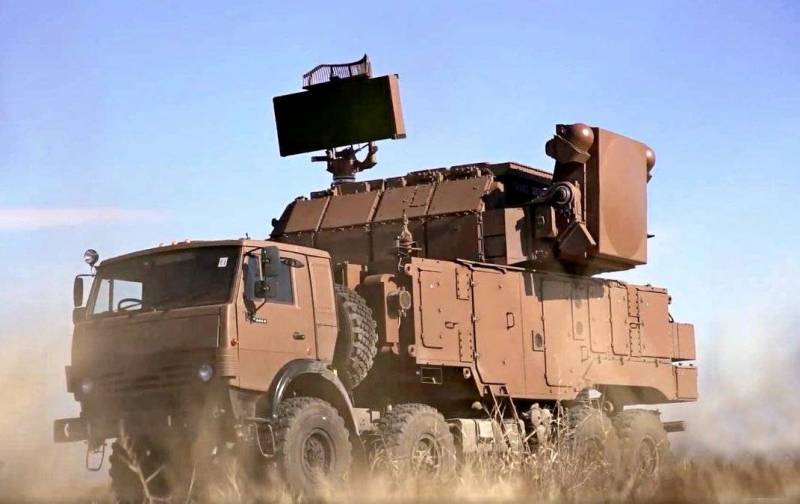 In the first couple of weeks of the war in Karabakh, the Armenian armed forces lost four of the six Tor-M2KM anti-aircraft missile systems supplied to Yerevan by Moscow. Half of the entire air defense of Artsakh was disabled in the first quarter of an hour on September 27. Samvel Babayan, former secretary of the NKR Security Council, announced this.

According to Babayan, at the beginning of the fighting, about 70 percent of the officers of the Armenian armed forces were not in their places, and there is evidence of cases of flight from the battlefield. All this testifies to the deplorable state of affairs in the army of the unrecognized republic for the last ten years.

Everyone who has been chiefs of staff, ministers, commanders-in-chief over the past 10 years - everyone is responsible, you need to open a case of high treason and investigate them. The war is not lost by the soldier, not by the people, the leadership is losing the war
- Samvel Babayan notes with bitterness.

The former secretary of the Security Council of Karabakh also said that at the state level no support was provided to the head of the republic's defense department, Jalal Harutyunyan. Among the participants in sabotage groups and officers, there was talk that “this is not our war, and we lost it anyway” - again, such cases need to be investigated.

There was no weapon. Air defense at zero. There were 6 TORs (SAM "Tor-M2KM"), of which 4 were destroyed in the first 15 days. They can provide a maximum of 45 km. Out of 6 Buk installations - 5 were inoperative, a repair team was awaiting from Moscow to get it into operation by the 10th
- states Babayan.

In his opinion, it is no longer necessary to sign any agreements with Baku, and all efforts should be concentrated on building the armed forces.
Ctrl Enter
Noticed oshЫbku Highlight text and press. Ctrl + Enter
We are
Unsuccessful shooting from the "Osa" air defense system in Karabakh is shown on the network
Armenia lost in battle the newest Tor-M2KM air defense system supplied by Russia
Reporterin Yandex News
Read Reporterin Google News
8 comments
Information
Dear reader, to leave comments on the publication, you must sign in.