Russia is ready to return strike aircraft to the Far North 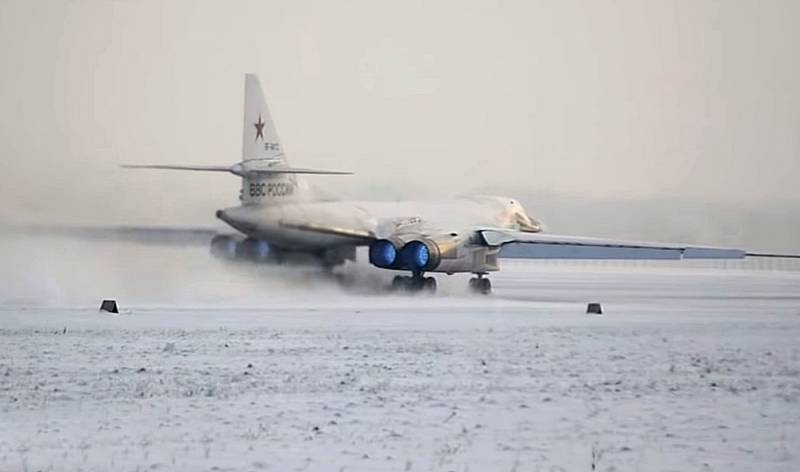 The militarization of the Arctic is actively continuing. Apparently, the RF Ministry of Defense is preparing not only for strategic nuclear deterrence of the United States, but also for quite real military operations in the Far North.


This icy region became the arena of confrontation between the two superpowers immediately after the end of World War II. The Pentagon, which was the first to acquire an atomic bomb, developed a diabolical plan to atomic bomb the USSR called "Dropshot". At that time, there were no intercontinental ballistic missiles, so heavy bombers were used as carriers.

However, our countries were in unequal conditions: the Americans could take off from the territory of Europe or Japan, and the Soviet pilots had only Chukotka left, from where it was possible to bomb out mainly in Alaska. Therefore, the USSR Ministry of Defense drew attention to the Arctic, through which the shortest route to the main territory of the United States runs.

I had to hastily develop new types of airfields and aircraft capable of operating effectively in the extreme conditions of the Far North. Already in 1948, four-engined Tu-4 and Tu-16 bombers began to take off and land at Arctic airfields. According to the recollections of the participants, it was very difficult, because due to the surface, which was loose from the high salt content, the planes were heavily skidded. In 1958, an emergency occurred with the bomber of Colonel Alekhnovich. During landing, the plane was seriously damaged and remained on the drifting ice floe. When it was carried by the current to the American coast, there was a big diplomatic scandal. The damaged Tu-16 had to be destroyed and drowned.

In 1957, Soviet scientists successfully tested the first R-7 ICBM capable of reaching the United States with a thermonuclear charge. After that, the need to deploy strategic bombers at floating airfields in the Arctic Ocean disappeared. But now everything is back to normal.

At first, the department of Sergei Shoigu hastily completed the modernization of the military airfield located on the island of Alexandra Land in the Franz Josef Land archipelago. The length of its runway has radically increased from 1,7 kilometers to 3,5 kilometers. Experts from the American edition of The Drive on this matter write following:

On the island of Alexandra Land is the base of the Ministry of Defense "Arctic Trefoil". Moscow wants the airfield to operate all year round and be capable of receiving heavy military transport aircraft and missile bombers.
Secondly, as the guests of the Army-2020 Forum note, Russian scientists are developing technology the accelerated construction of military airfields in the Arctic using ice called "Site". It will allow you to quickly create ice airfields using special reagents. Since we do not have so many "strategists", it is suggested that, if necessary, conventional front-line Su-34 bombers will be deployed to the new Arctic airfields, and MiG-31 interceptors will be used to protect them. They will be refueled in the air by the heavy Il-78, for which an air base has already been built.

Putting it all together, it turns out that the RF Ministry of Defense is preparing the groundwork for conducting hostilities in the Far North, in which the United States and NATO countries are showing increased interest.
Reporterin Yandex News
Reporterin Yandex Zen
2 comments
Information
Dear reader, to leave comments on the publication, you must sign in.