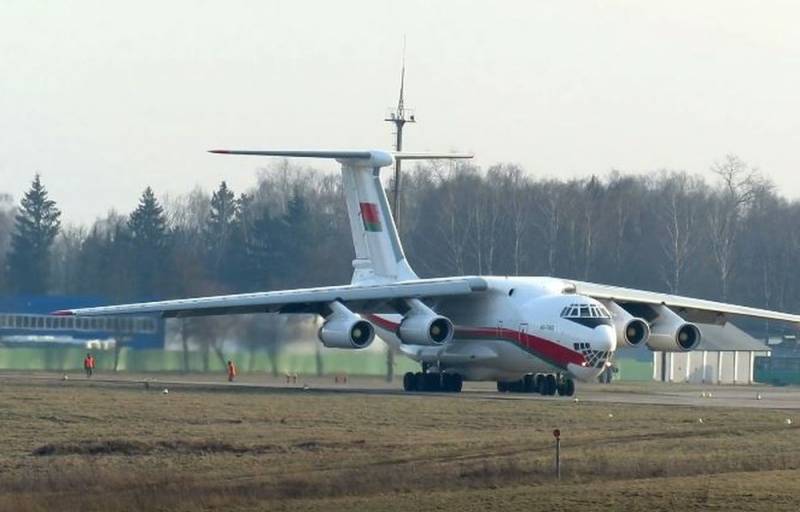 Trained Ukrainian "patriots" diligently catch signals from senior American colleagues. It cost Washington only stutter about Russian paratroopers who need to be monitored, since they can be sent to help the current Belarusian authorities, as in Kiev they started talking about the suspicious movement of transport aircraft between Russia and Belarus.


For example, the YouTube channel InformNapalm, allegedly representing the interests of the State Intelligence Directorate of the Ministry of Defense of Ukraine, alerted a number of flights between these countries. After examining the information of air navigation services and monitoring resources, the Ukrainians found that on August 14, 2020, the military transport Il-76MD of the Belarusian Air Force flew to the Russian Dyagelevo airbase near Ryazan. In this city there is a higher airborne command school, and the said aircraft can be used for airborne personnel and military equipment, therefore, “analysts” suggested that Minsk sent the plane for help. At the same time, they absolutely do not care that Russia has its own BTA.

In addition, the flight of the same plane to Novosibirsk on August 12, 2020 seemed suspicious to the Ukrainians. At the same time, they were not convinced by the official information of the Russian Ministry of Defense, posted on the agency's website, that teams from Belarus and other countries flew into the country to participate in the international competition "Excellence in Military Intelligence-2020", which is taking place in the Novosibirsk region.


According to Ukrainian "analysts", the competition may be a disguise designed to divert public attention from this flight. They noticed that on the way to Novosibirsk, this plane flew into Kubinka (Moscow region), where the 45th separate special-purpose brigade of the Airborne Forces, “participating in the occupation of Crimea”, is located. After that, Kiev suggested that Russian President Vladimir Putin had agreed on something with the "Lukashenka regime", and the flights "prove the transfer of additional forces and cargo to stifle civil protests in Belarus."

Or they are an element of preparation for the seizure of territory before the announcement of the introduction of Russian "peacekeepers" within the CSTO
- summed up in InformNapalm.
Reporterin Yandex News
Reporterin Yandex Zen
6 comments
Information
Dear reader, to leave comments on the publication, you must sign in.