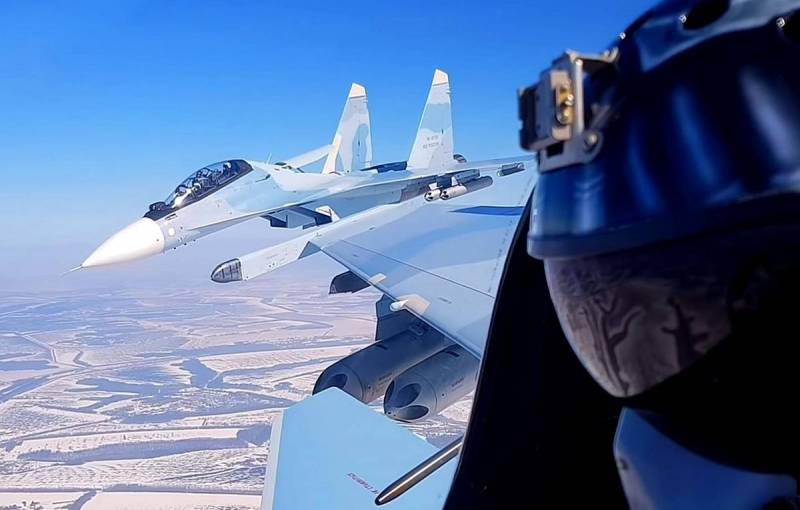 Very soon, on October 18, the embargo on arms supplies to Iran expires. This means that Tehran may try to change the balance of power in the region in its favor by purchasing the latest weapons from China and Russia. Now the US is calling on all "peace-loving countries" to refuse to sell them to Iran, which has been called "the most disgusting terrorist regime in the world."


Who really is such a "notorious terrorist number one in the world" is a topic for another discussion. Washington is most concerned about the possibility of Tehran buying heavy Russian Su-30 fighters in various modifications. This winged machine, without exaggeration, is capable of tipping the scales in the Middle East in favor of the Islamic Republic. Here is what the head of the American Foreign Office, Mike Pompeo, said about this:

If the arms embargo is lifted, Iran will be able to freely acquire Russian-made fighters that can strike within a radius of 3000 kilometers in cities such as Riyadh, New Delhi, Rome and Warsaw.

As for the capital of Saudi Arabia, it is even more or less clear, but where does Italy, India or Poland? Frankly, the main opponents of Iran are the United States itself, which has an extensive network of military bases in the region, and allies Israel and Saudi Arabia. Washington, Tel Aviv and Riyadh have at least two reasons for concern.

At firstunder the regime of international sanctions, Iran is forced to carry out a retaliatory expansionist policies... Tehran is actively acting through its "proxies" in Syria, Lebanon and Yemen, systematically pushing the military infrastructure closer to the borders of potential opponents. Israel responds to this with regular air strikes with missile and bomb strikes. At the same time, Israeli aviation undoubtedly dominates the Syrian skies with neutrality from the Russian air defense systems.

SecondlyThis is an Iranian nuclear program. As part of the "nuclear deal", Tehran refused to implement the military part of its developments, placing them under the control of the IAEA. But the United States unilaterally withdrew from the agreement, effectively breaking it down. Now the Iranian leadership considers itself free to create its own nuclear arsenal. This is terribly unnerving to Tel Aviv, because the Israeli intelligence services are conducting sabotage in response. So, a few days ago, an explosion occurred at one of the nuclear facilities of the Islamic Republic, about which we detail told.

There is no doubt that the IDF will attempt to launch a devastating preemptive airstrike across Iran's nuclear infrastructure if intelligence considers Tehran to have a nuclear bomb. There is also no doubt that the outdated Iranian Air Force and fragmented air defense system will not be able to fend off Israeli aces. Despite the impressive number of "on paper" 350 combat vehicles, the Iranian Air Force is frankly inferior to opponents. They consist mainly of "older" F-4, F-5, MiG-29, Su-24, Su-25 and Chinese J-7, copies of the Soviet MiG-21. There are also several dozen combat-ready F-14 Tomcat. The Israelis and Saudis are armed with the F-15, shock F-15E, F-16 and stealth F-35. Plus American aviation stationed in the region. In general, the outcome of the war in the air is almost a foregone conclusion.

Not only here, but also in Western specialized publications, they regularly write that the supply of a large batch of Su-30 fighters from Russia can radically change the situation. So, Military Watch believes that its capabilities are superior to the Israeli and Saudi F-15C. A pleasant bonus is its relatively modest cost. The authors of The National Interest note that the balance of power in the Middle East will be changed if the Iranians receive the Su-30SM and S-400 air defense systems. The value of the deal that did not take place in 2016 for the sale of Su-30 and Yak-130 aircraft, Mi-8 and Mi-17 helicopters, Bastion-P coastal complexes, frigates and diesel-electric missiles was estimated at $ 8 billion.

Another question is whether Moscow or Beijing itself needs Tehran to acquire a nuclear arsenal. What the Kremlin will think up will become clear already in October.
Reporterin Yandex News
Reporterin Yandex Zen
29 comments
Information
Dear reader, to leave comments on the publication, you must sign in.