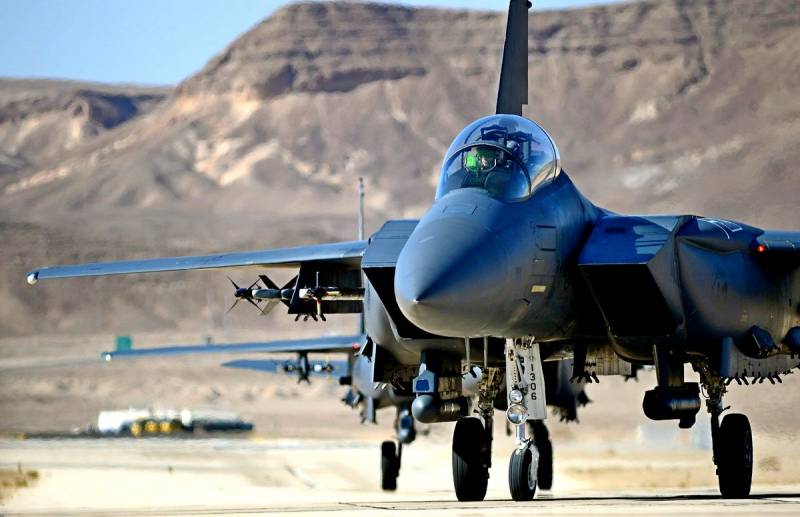 On the night of July 2, a serious emergency occurred at one of the Iranian nuclear facilities, which could lead to an escalation in relations between Tehran and Tel Aviv. All traces lead to Israel, but it is still unclear exactly how the next preventive strike was delivered on the nuclear program of the Islamic Republic.


A few days ago, information about the explosion at a nuclear facility in Natanz began to appear in the Arab, Israeli and Iranian media, photos of the building with signs of an internal explosion and fire were published. Officially in Tel Aviv, something is slurred about this, but the Israeli press writes about the destruction of 80% of Iranian reserves of uranium fluoride, the most important fuel element for nuclear power plants:

If this is an Israeli intelligence operation, then it was carried out perfectly, and this threw off the country's nuclear program at least a year ago.
An expert by the name of Edie Cohen added fuel to the fire, who claims that an F-16 fighter of the Israeli air force inflicted an air strike on Iran, allegedly having refueled in a certain Arab country, probably in Qatar. What is the whole fuss because of?

Tel Aviv and Tehran today are the worst enemies. It is believed that Israel, in addition to a strong army, possesses nuclear weapons. It is no secret that Iran itself, having such an adversary in the neighborhood, as well as speaking against the United States in the international arena, would not mind acquiring its own nuclear arsenal. It is clear that such prospects inspire few. Between 2010 and 2012, several Iranian nuclear scientists were killed, which is attributed to the Israeli secret services.

By agreement of 2015 with former US President Barack Obama, the Islamic Republic agreed to transfer its strategic facilities under the control of the IAEA. A uranium enrichment plant is located in Natanz. However, Donald Trump put an end to his predecessor's peacekeeping initiative, effectively breaking the nuclear deal. After that, Tehran announced that they would resume work on the military component of their program. Apparently, in Tel Aviv it was considered that the Iranians were able to advance too far, therefore, in their “unlimited” style, from the point of view of international law, they dealt a preventive strike.

With the goals and objectives, everything is clear, but conflicting data on how to achieve them sound. Initially, it was about air strikes with the help of F-16s flying through the Qatari corridor with refueling. Some experts doubt this version, since the IDF does not have bombs capable of penetrating deep rock formations to confidently defeat protected underground bunkers. The damaged building in the photos from the scene does not look too solid to store the poisonous chlorine fluoride in it. The IAEA does not report a radiation leak.

The subsequent hypothesis also does not look very believable. Al-Jarida reports that Israeli hackers broke into the Iranian computer system, which led to a subsequent explosion of gas cylinders and a fire. This was allegedly done in response to a similar cyber attack by Tehran. In Iran, in this regard, they stated the following:

Responding to cyber attacks is part of the country's defensive power. If it is proved that our country has been subjected to a cyber attack, we will respond.
The third, most realistic, version speaks of sabotage by the Israeli secret services. The American New York Times, citing its own sources in the Middle East, claims that the explosion and fire at a nuclear facility was the result of an IDF installed device. True, there is an alternative explanation for sabotage. A hitherto unknown terrorist group, the Cheetahs of the Homeland, claimed responsibility for the attack on the Natanz facility. These are allegedly former Iranian intelligence agents fighting the “bloody Ayatollah regime”. True, it is not entirely clear why they are “Cheetahs”, because these animals in Iran are an endangered species, and it does not sound very menacing somehow. Because they run fast?

Obviously, Tel Aviv sharply raised rates in the confrontation with Iran and it is not at all clear how Tehran will react to this. Six months ago, in response to the elimination by the Americans of the IRGC commander, Kassem Suleimani, the Iranians launched a rather powerful missile attack on the US base in Iraq. Who knows, maybe in response to another sabotage from Israel, Iran would risk hitting its territory. The consequences of such a step are even difficult to predict.
Reporterin Yandex News
Reporterin Yandex Zen
21 comment
Information
Dear reader, to leave comments on the publication, you must sign in.