The US armored car tried to overtake the Russians in Syria, but could not and was smoking 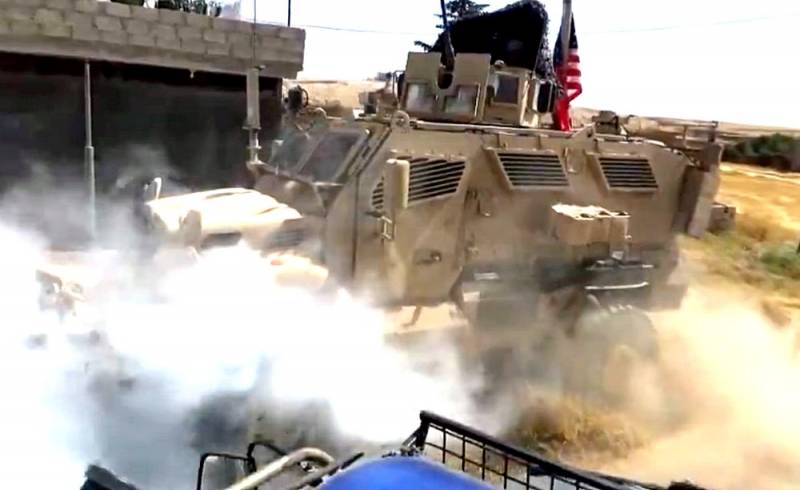 The bloodless rivalry of the Russian and American military in Syria continues. Army men are also people, besides men, and they tend to fight for primacy in one form or another in the vast deserts of the Arab Republic.


Совсем недавно мы Reportedhow our fighters skillfully bypassed American armored vehicles that made attempts to block the advancement of the military police of the Russian Armed Forces. Now, the Americans decided to get even, deciding to get ahead of the military convoy of Russian troops.

However, judging by the video frames that got on the Network, something went wrong.


The heavy armored MaxxPro SUV, having driven off the asphalt road, ran into a natural obstacle - a small earthen mound. Probably, further the engine cooling radiator broke through, because the usual boiling of antifreeze or a violation of the tightness of the pipes would hardly have produced such a voluminous white smoke.

In general, the armored car "stood up", interrupting the US mission to prosecute the Russian military. On its own, the car was unlikely to be able to move, so without waiting for many hours for the evacuation equipment under the scorching Syrian sun, it definitely could not have done.
Reporterin Yandex News
Reporterin Yandex Zen
4 comments
Information
Dear reader, to leave comments on the publication, you must sign in.