"You will start shooting one at a time": the blogger scared the Ukrainian Nazis

July 29 2019
7
The story of the beating in Berdichev of the Zhytomyr region of a former serviceman of the Armed Forces, about which we wrote earlier, received a continuation. 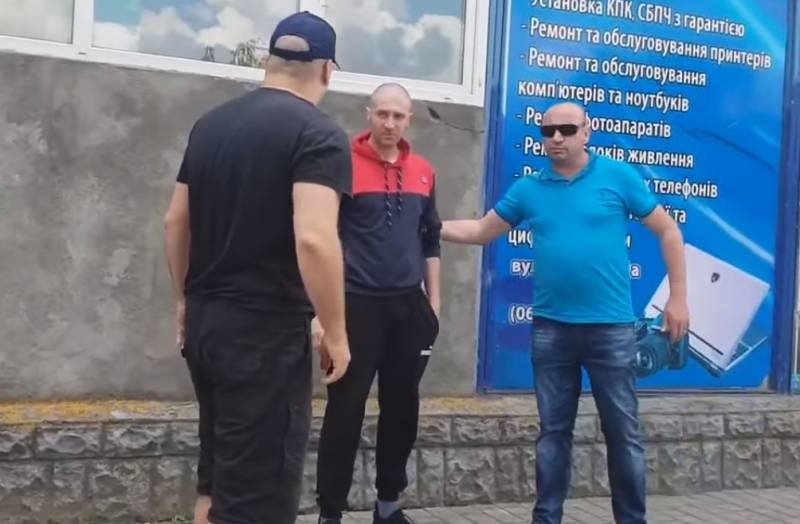 The Berdichev video blogger Arthur Sorochenko, who explained to the ATO veteran that Russia is not at war, began to receive threats from local neo-Nazis involved in one of the Azov organizations.

In response, Sorochenko recorded a video in which he said that a group of unknowns in Azov t-shirts came to his old address and put footage from a surveillance camera.

According to Sorochenko, if the "Azovites" continue to pursue him, they will not only be "shot" and "mutilated in the hallways" one at a time, but also attracted to the stream where they will have to answer.

In his city, Sorochenko has a very mixed reputation and, perhaps, one should not have any illusions about his ideology or the ability to resist the Azov militants.

However, judging by the numerous reports on social networks, the former participants of the ATO understand perfectly where the wind is blowing and, if possible, try not to show their IDB credentials once again.
Ctrl Enter
Noticed oshЫbku Highlight text and press. Ctrl + Enter
We are
It's important58
Media: the Nazi regiment "Azov" will leave the Donbass
“Russia is not at war with us!”: The former fighter of the Armed Forces beat in Berdichev
Reporterin Yandex News
Read Reporterin Google News
7 comments
Information
Dear reader, to leave comments on the publication, you must to register.
I have an account? Sign in