Su-27 Russian VKS intercepted US intelligence over the Black Sea

July 5 2019
0
Over the past few years, the activity of the US Air Force and Navy and their allies at the borders of Russia has increased markedly. For example, recently Russian VKS made interception of several strategic bombers of the US Air Force Boeing B-52H Stratofortress ("Stratospheric Fortress") and, like Su-24 imitated attack on the Spanish aircraft carrier Juan Carlos I in the Baltic during NATO exercises. And now, the Russian Ministry of Defense claims that the Su-27 fighter intercepted a U.S. Air Force reconnaissance aircraft over the Black Sea. 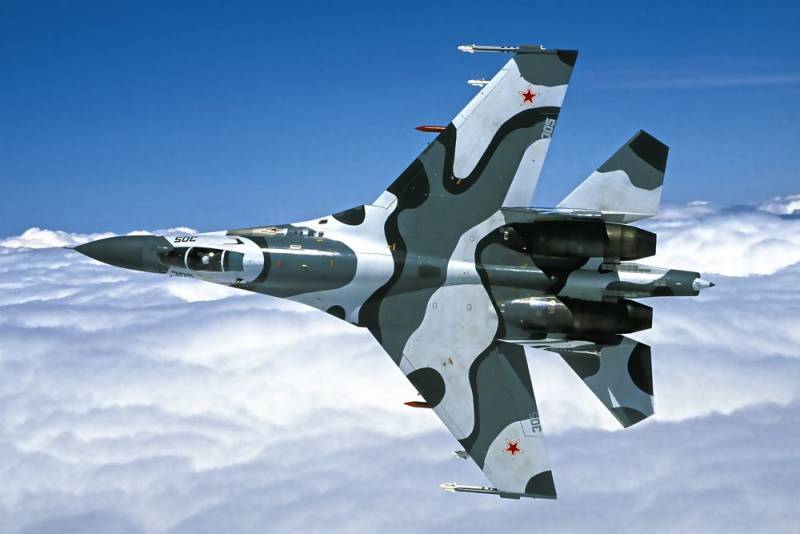 The Russian military department specified that a US Air Force reconnaissance aircraft identified as the Bose P-8A Poseidon was discovered over the neutral waters of the Black Sea. He was approaching the state border of Russia, so the duty fighter Su-27 of the Air Defense Forces of the Southern Military District was sent to intercept. After the Russian fighter and the American intelligence approached, the US plane changed its flight direction.

[center] [/ center]
It is noted that the Su-27 crew complied with all international standards and rules for the use of airspace. After completing the task, the fighter safely returned to the base airfield.

Video from the subscriber. They write that this is yesterday’s interception of the American R-8 off the coast of Crimea. You can clearly see how close they fly to the peninsula. pic.twitter.com/o6QOK1pV8l


We remind you that a few days before, on July 3, 2019, the American Boeing P-8A Poseidon also conducted reconnaissance off the coast of Crimea. He was similarly intercepted by a 75 km air defense fighter. from the Russian coast.
Ctrl Enter
Noticed oshЫbku Highlight text and press. Ctrl + Enter
We are
“How dare they ?!”: In the West, the B-52 interception was appreciated by the Su-27 fighter
The details of intercepting several B-52 Russian videoconferencing systems became known.
Reporterin Yandex News
Read Reporterin Google News
Ad
We are open to cooperation with authors in the news and analytical departments. A prerequisite is the ability to quickly analyze the text and check the facts, to write concisely and interestingly on political and economic topics. We offer flexible working hours and regular payments. Please send your responses with examples of work to [email protected]
Information
Dear reader, to leave comments on the publication, you must sign in.