British marines seized a tanker in the Strait of Gibraltar

July 4 2019
14
US continues policies brazen interference in the affairs of other countries around the world, while resorting to the help of their satellites. 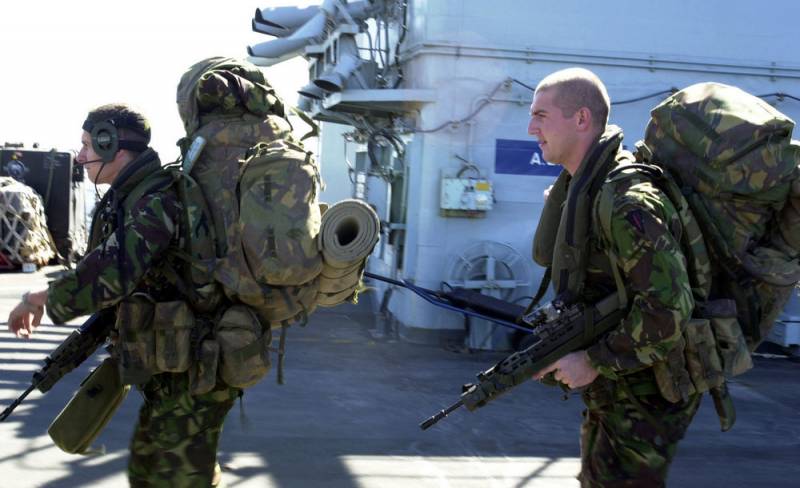 At the request of the United States, the Gibraltar authorities captured the Grace 1 tanker, which was crossing the strait, on suspicion of transporting oil from Iran to Syria.

This was announced by the head of the Foreign Ministry of Gibraltar, Josepp Barrel.

According to media reports, the operation to detain the tanker was carried out by order of the head of the Government of Gibraltar, Fabian Picardo, and the British marines took part in it.

According to Picardo, the authorities became aware that Grace 1 was moving with a load of crude oil to the Syrian oil refinery Bayanis, which was under sanctions.

Recall that according to restrictive measures taken by the European Union and the United States, it is forbidden to supply oil products and oil to the Syrian Arab Republic, as well as to purchase oil from it.

There is a list of vessels created by the US Treasury that the US administration suspects is a violation of sanctions. Among the listed, in the list are vessels that sail under the flag of Russia.

Currently, the tanker is located in the port of Gibraltar, where the verification of supporting documents is being carried out and the route of the cargo ship is being specified.
Ctrl Enter
Noticed oshЫbku Highlight text and press. Ctrl + Enter
We are
Crimean-Syrian shipping company is created in Russia
Will OPEC become a victim of US sanctions?
Reporterin Yandex News
Read Reporterin Google News
Ad
We are open to cooperation with authors in the news and analytical departments. A prerequisite is the ability to quickly analyze the text and check the facts, to write concisely and interestingly on political and economic topics. We offer flexible working hours and regular payments. Please send your responses with examples of work to [email protected]
14 comments
Information
Dear reader, to leave comments on the publication, you must sign in.