Erdogan accused the United States: "This is called robbery"

July 4 2019
3
Recently we Reportedhow Turkish President Recep Tayyip Erdogan finally closed the issue of supplies of Russian S-400 long-range anti-aircraft missile systems. And so, the Turkish leader, while on a visit to China, told reporters that Washington is engaged in real robbery, refusing to supply Ankara with the latest F-35A fighters. 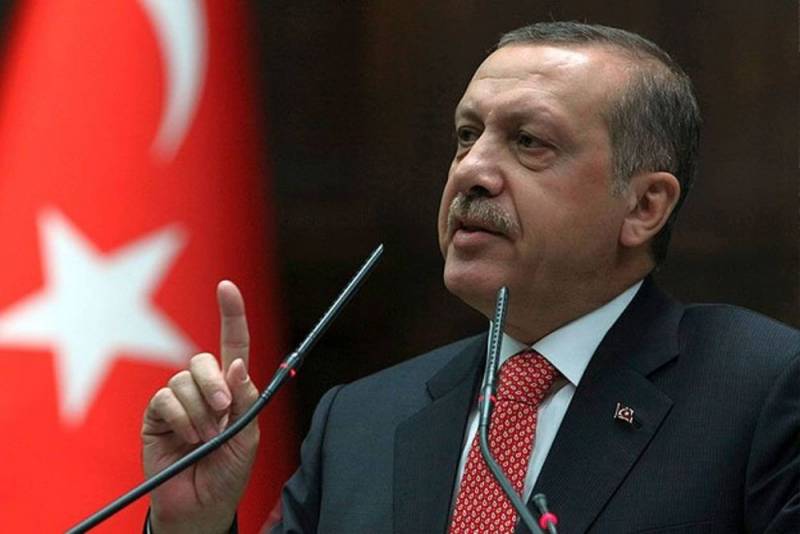 If you have a client who regularly paid his payments, how can you not give this client what he wants? This is called robbery.
- said Erdogan.

Erdogan said that Turkey had already paid about $ 35 billion for F-1,4A Lightning II stealth fighters, as a partner country participating in the financing of this development on a par with a number of other countries.

By the way, each “invisible” F-35 (of various modifications) now costs about $ 150 million. At the same time, Turkey ordered 100 F-35A units at once. But now this contract is a big question. Moreover, 2 F-35A units handed over for pilot training in 2018, but not actually delivered to Turkey, also “hang”.

However, on July 31, 2019, 42 travel prescriptions for Turkish pilots who are already training in the U.S. at air bases in Arizona and Florida end. They were simply canceled and the Turks, from the indicated time, will lose access to facilities, equipment and aircraft, after which they will be escorted outside the United States. And this is not counting the fact that before that, the United States cynically “wrapped up” the next batch of 34 Turkish military men, who were supposed to begin training in 2019.
Ctrl Enter
Noticed oshЫbku Highlight text and press. Ctrl + Enter
We are
Erdogan closed the issue of supplying C-400 to Turkey
Turkey refused the dollar in the calculations for the S-400
Reporterin Yandex News
Read Reporterin Google News
3 comments
Information
Dear reader, to leave comments on the publication, you must sign in.